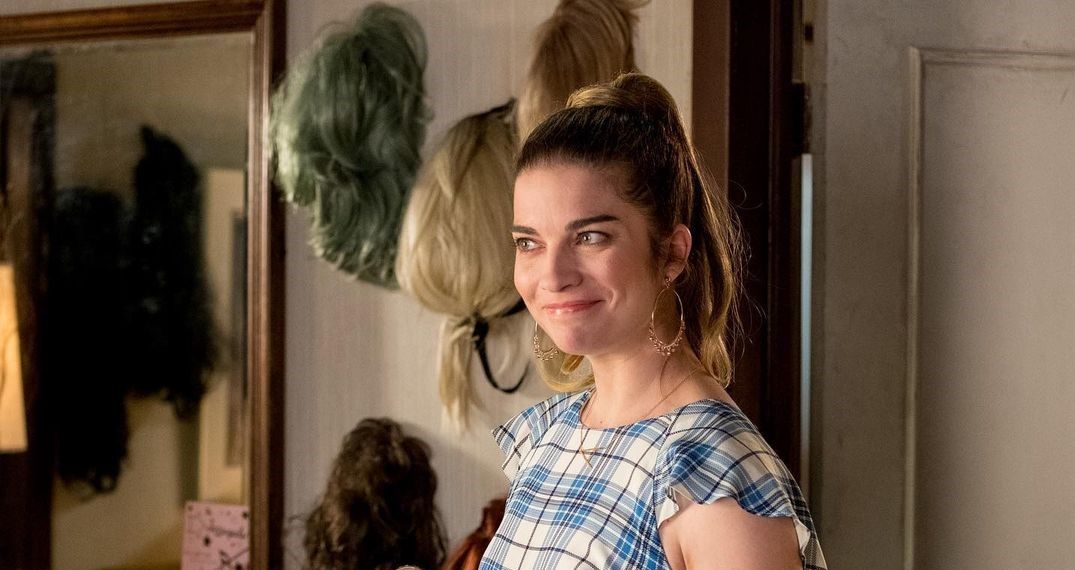 Friendship Day 2022: 7 fictional characters we want to be friends with IRL

Culture
Friendship Day 2022: 7 fictional characters we want to be friends with IRL
Share this article
Next article

If there’s one thing as sempiternal as evergreen movies and TV shows, it’s the love for all of the on-screen characters that immortalised the content in question for us. In honour of this year’s Friendship Day, here’s a look at all the fictional characters that we want to be friends with.

The idea of a fun night for all us introverts who have difficulty making friends in real life includes snuggling up inside our blankets, turning on the laptop, and crushing on fictional characters. In the process, we come across so many on-screen personas that go so much beyond the usual definition of cool.

The brainchildren of a powerhouse of writers and creators, saying that these characters have tugged a chord or two in our hearts would be an understatement. But to keep the love for these literary and fictional characters alive and simple, we would want to befriend them IRL.  Here’s our take on some of the best fictional characters.

BFF goals: Quirky fictional characters we’d like to be friends with

First up, who wouldn’t want Fleabag in their lives in any form? If not the fictional character, we would want to be friends with Phoebe Waller-Bridge as well. As a woman in her late-20s or early 30s, we all have enough mess in our lives already. Just getting to share the mess with someone like Fleabag would be amazing, no? Someone so fiercely feminist, with a dry wit and that raw sexuality, this is a fictional character we’d want to be friends with.

Amazon Prime and its women have something special about them. This Jewish character from back in the day is someone who we would all love to be friends with. Candid, funny and not conforming to any social norms even after her husband left her for a younger woman, this is what we mean when we say ‘cool’. Instead of crying her heart out, she resorted to comedy, quite literally. If humour is your defense mechanism as well, Midge Maisel would be your perfect friend.

Come on, it’s Sandra Oh, the timeless global crush. Add to that, an intelligence officer after a serial killer on the run, who also has a crush on her. If you don’t want to be friends with this kickass woman, you are doing something wrong. Yes, she might get you into trouble, but she will also be the first one to get you out of it. The British Intelligence tag comes with its own set of benefits. Add to that, a woman who doesn’t listen to anyone. Eve Polastri is one of the strongest contenders in the list of fictional characters we want to be friends with.

We have not seen an apter representation of an independent Bengali woman in a Hindi film ever. Piku Banerjee has a mind of her own, and in her father’s words, is financially and sexually independent and doesn’t need a man in her life. A perfect grownup, who balances her work and personal life without making it look difficult, we would love to hang out with her sometime and have good, sensible conversations over a cup of coffee.

We all have our favourite character from the globally popular sitcom, but if we want to be friends with one of them, it definitely has to be Phoebe. Living in her own quirky world and never trying to change her habits to fit into a boring world, Phoebe Buffay is the kind of friend who would make you forget all worries in life. She will come with her own set of quirky views and advices, and give you a completely different and wacky perspective about something.

Unapologetically obnoxious, funny, carefree and with a heart of gold, Alexis Rose is definitely a friend we would all love to have. She would take anyone in, even if you don’t match up to her high-street fashion or her long list of famous boyfriends. If you are a friend of Alexis, you can be rest assured that she would not only patiently listen to all your drama, but also, in her trademark Alexis way, give you advice. She’s somewhat like Phoebe Buffay, but only in the 2020s. This is a fictional character we want to be friends with.

Aisha from Wake Up Sid

Not all your friends have to be wacky, you know? Sometimes you just want that friend who’s so sensible, balanced and settled, that you could just sit and have conversations with them and you wouldn’t know how time just flies by. Aisha is that friend. She is driven, independent, real and all hearts. In fact, she will always have your back and might even give you a place to stay in her beautiful studio apartment if you have a fallout with your parents.

Dwight Schrute from The Office

Quite the unusual choice for a fictional character we would want to be friends with. But if you’re friends with Dwight, he will be the most loyal and most dedicated friend you will ever have. HE might ask you to hang out in his beet farm, but you can be rest assured that he will always look out for you and want what’s best for you.

Friends Fleabag Amazon Prime releases
Sreetama Basu
A self-proclaimed plant mom, Sreetama finds joy wherever she sees greenery. The list of other things that bring her joy is pretty long, but writing about them is her way of celebrating them. In love with little, inconsequential things, like neatly tucked-in bedsheets and big, significant things, like whole cheesecakes. She dreams of being a baker and writing about food someday.
Food Dining Entertainment
Sign up for our newsletters to have the latest stories delivered straight to your inbox every week.