Home > Culture > Entertainment > From ‘That That’ to ‘Boombayah,’ these K-pop songs will spice up your workout playlist 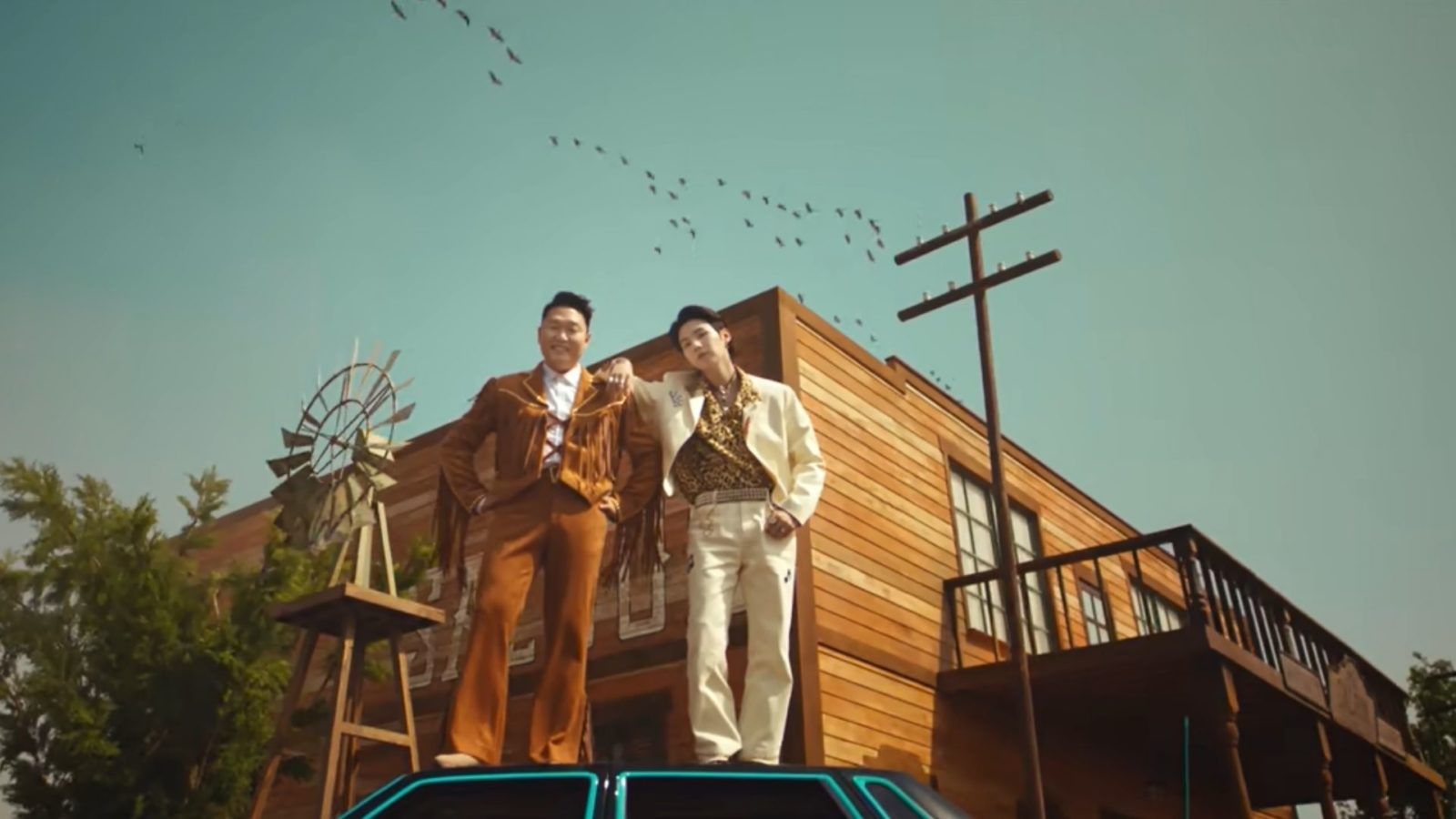 Culture
From ‘That That’ to ‘Boombayah,’ these K-pop songs will spice up your workout playlist
Share this article
Next article

We’re shuffling through all the heart-pumping k-pop songs that will pump you up for that extra rep in your next workout sesh.

Call it the product of catchy hooks or the payoff of genre-bending, uplifting beats – there’s no denying that K-pop has taken the world by storm. And while there are several swoon-worthy ballads and breezy house numbers to keep you hooked, the hallmark of Korean pop music continues to be high-energy tracks that you can’t help but bust a move to (Gangnam Style, anyone?). Naturally, they make for great adrenalin-fuelling additions to any workout playlist. We’ve curated a few absolute bops — from fun electronic hits to high-energy dance tracks – that will get you motivated for your time at the gym. Fitness has never been this fun!

Leading this roundup is the biggest K-pop group in the world at the moment, BTS. Mic Drop is an upbeat hip hop, EDM, and trap track that features DJ Steve Aoki. It was believed to be inspired by former US president Barack Obama’s famous mic drop moment at the 2016 White House Correspondents’ Dinner and immediately shot to number 28 on the US Billboard Hot 100 in 2017 once it was released. It also topped the US iTunes chart. The high-energy, high-tempo track features the group flexing their achievements, with several sassy comebacks for their haters. The dance break, alone, will push you to spend a few extra minutes on that treadmill.

A positive, upbeat EDM track, Power was a part of EXO’s War album, and garnered millions of views on YouTube within the first week of its release. The lyrics are motivating, encouraging listeners to abandon fear and get going, and the steady, energy-boosting beats back it up. The track is reminiscent of old-school electronic music but continues to uphold the sensibilities of modern dance music. At concerts, it continues to be the song that pumps up the crowd and gets them to sing along. We can’t think of a better track to get you excited about your time on an elliptical.

The biggest girl group, not just in the world of K-pop but around the globe, BlackPink is known for delivering one bop after another. Their debut track Boombayah is four minutes of high-energy with no break in between. EDM sound meets hard-hitting boss-woman lyrics in this number, with BlackPink asking the listener to dance with them. The percussion breaks and vocal reverb add to the mood of the song. The chorus is almost like a chant and will have you singing along. Nothing better to get you going on leg days.

Hard Carry by GOT7

The beat for this track by GOT7 hits hard. Hard Carry involves the group singing about their capabilities and growth in the industry, from being rookies to some of the biggest K-pop stars around. There’s clear electronic dance and trap influence in the song and the chorus, like Boombayah, is an addictive chant. The booming beat of the drums in the background adds to the high-energy track and the bridge alone will get you through several crunches.

This song by K-pop royalty Big Bang is the life of every party and, as such, couldn’t be left out of this roundup. Bang Bang Bang marked the return of Big Bang in 2015 and immediately set social media ablaze. The song is boisterous to say the least, with a heart-thumping fusion of trap, electronic, and hip-hop. The lyrics are just as bold and frenzied. In fact, in the pre-chorus, Big Bang sings, “’I’ll set this place on fire.” And it does. There’s no better song to fire up your spirit as you get through those dreaded leg presses.

Although primarily known for their vocal quality and empowering lyrics, Mamamoo’s expertise goes beyond jazz hits and ballads. Their hip hop, electronic, and dance track has the girls talking about living a life on your own terms, without allowing people to get to you. Punchy beats, hard-hitting raps, and a funky rhythm, combined with unconventional vocals make this track great for most occasions. However, it’s also perfect for getting you to hold that plank for a little longer.

That That by PSY ft. Suga

The dance anthem of this year, PSY’s latest track, produced and co-written by BTS’ Suga celebrates the end of the pandemic, reflecting on how people can now come together and celebrate. Suga’s rap, meanwhile, talks about how he’s survived in the industry through this time. Gritty merges with fun, not just in the lyrics but the melody and beats in this electronic, dance, hip hop number and the thundering beats and tooting brass add to the liveliness of the track. And if that doesn’t get you excited about heading to the gym, the addictive hooks definitely will!

I Can’t Stop Me by Twice

Twice, one of the biggest girl groups in the K-pop industry, delved into subjects of dealing with internal conflict due to a romantic entanglement. The underlying beat of the track is peppy and exciting and the chorus is catchy, with a heart-pumping, addictive melody. Twice has experimented with synthpop, electronic, R&B, and dance sounds for this song and the bridge has an addictive, chant-like quality to it. If you like having your own playlist for spin class or often hit up the stationary cycle often as a part of your workout, this K-pop track will keep you going.

The new kids on the block, ITZY has been creating waves in the K-pop industry since their debut in 2019. This song is a romantic track, where the girls sing about being obsessively in love. The electronic dance track has busy instrumentals and a suave electric guitar touch that underlines the hook. The thundering beats that accompany these elements will get your adrenaline pumping. This track is also perfect for quick warm-up and cool-down sessions.

This intense track by iKON starts out with a bang, with the group singing about their success and their busy lifestyles. The track is intense, with the instrumentals being accompanied with brassy undertones. The beat is slower than other songs in this track, but it hits hard enough to get your heart racing. The bridge, like few other tracks on this list, is boisterous and addictive, with almost a chant-like quality to it. This hip-hop, pop, electronic K-pop track is the perfect one to ease into a workout or cool down after a long one.

Workout Kpop K pop playlist
Eshita Srinivas
Eshita spends her days writing, rewriting, and thinking of things to write about. In the little time she has left, she daydreams about going on a solo trip across Asia.
Travel Food Drink Entertainment
Sign up for our newsletters to have the latest stories delivered straight to your inbox every week.