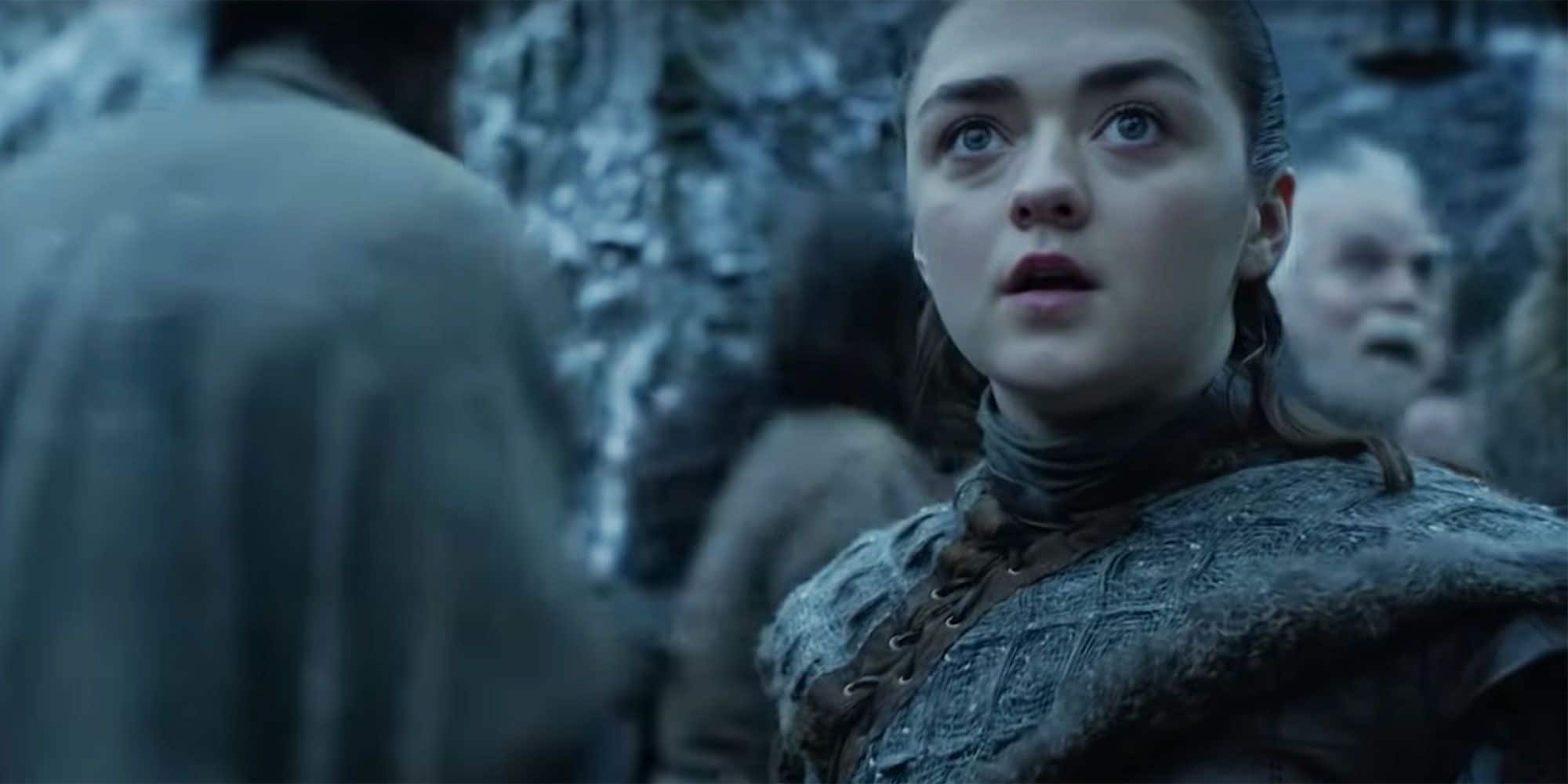 As we inch closer to ending the 22-month long wait for Game of Thrones Season 8, HBO released the glimpse of the final season that everyone’s waiting for. Released on the night of Oscars, it had the world divided for what to watch. The wall, dragons, Arya, the Unsullied – things are getting interesting as one tries to guess who will eventually win the Game of Thrones.
A crumbling Wall, Daenerys riding her dragon, wildlings, and Jon Snow make an appearance as well. Although speculated that the network may have used footage from Season 7 for these shots, it is still bound to get you excited about April. The video showcases HBO’s upcoming shows for 2019, and begins and ends with GoT. While it’s a mere five seconds in the middle, it’s a must-see for all series fans, and a thirst quencher in the lead up weeks to the release. Have a look at Arya seeing a dragon (Drogon) for the first time, and the Unsullied and Dothraki armies marching on in Winterfell.

Earlier this year, HBO released the trailer that confirmed the release date and hinted at Jon Snow finally figuring out his lineage. The scene suggesting this has Snow walking with Arya and Sansa Stark through Winterfell; as they pass a statue of Lyanna Stark, a feather – the same one that Robert Baratheon placed in her hand in Season 1 – falls to the ground as Snow looks at it with his signature confused expression.

With only 7 seven weeks to go, fan theories are at an all-time high. Few believe Bran Stark, the youngest surviving Stark sibling, and now the Three-eyed Raven, will be the one to save the day. He’ll warg to be inside the man who became the leader of White Walkers, and dissuade the Children of the Forest from creating the army of the undead in the first place. He is likely to do this when the Children of the forest are just about to pierce the man’s heart with dragon glass – a sight he witnessed during his training as the Three-eyed Raven in Season 6. Another theory goes that Cersei may actually be pregnant by Jaime, and will offer the to the White Walkers as sacrifice to make peace.
With the speculations on, we have this teaser for now, and the affirmation that Arya will have an encounter with the dragons.
Game of Thrones Season 8 releases on April 18.

Game of Thrones HBO game of thrones teaser game of thrones season 8 game of thrones india release game of thrones india release date
Megha Uppal
Senior Associate Editor
An innate love for travel and food has translated into many a trips since childhood for Megha; it also fed her curiosity to know about local cultures. When not writing, she is on the lookout for three things: A great dark chocolate dessert, a beautiful pool where she can practice her backstroke, and art that she can save up for.
Travel Culture Food Drinks
Sign up for our newsletters to have the latest stories delivered straight to your inbox every week.

October horoscope: What does the transit of planets mean for all zodiac signs

Is ‘Jamtara’ Season 2 based on a real story? Let’s find out

LSA Recommends: What to watch this weekend and indulge your inner couch potato