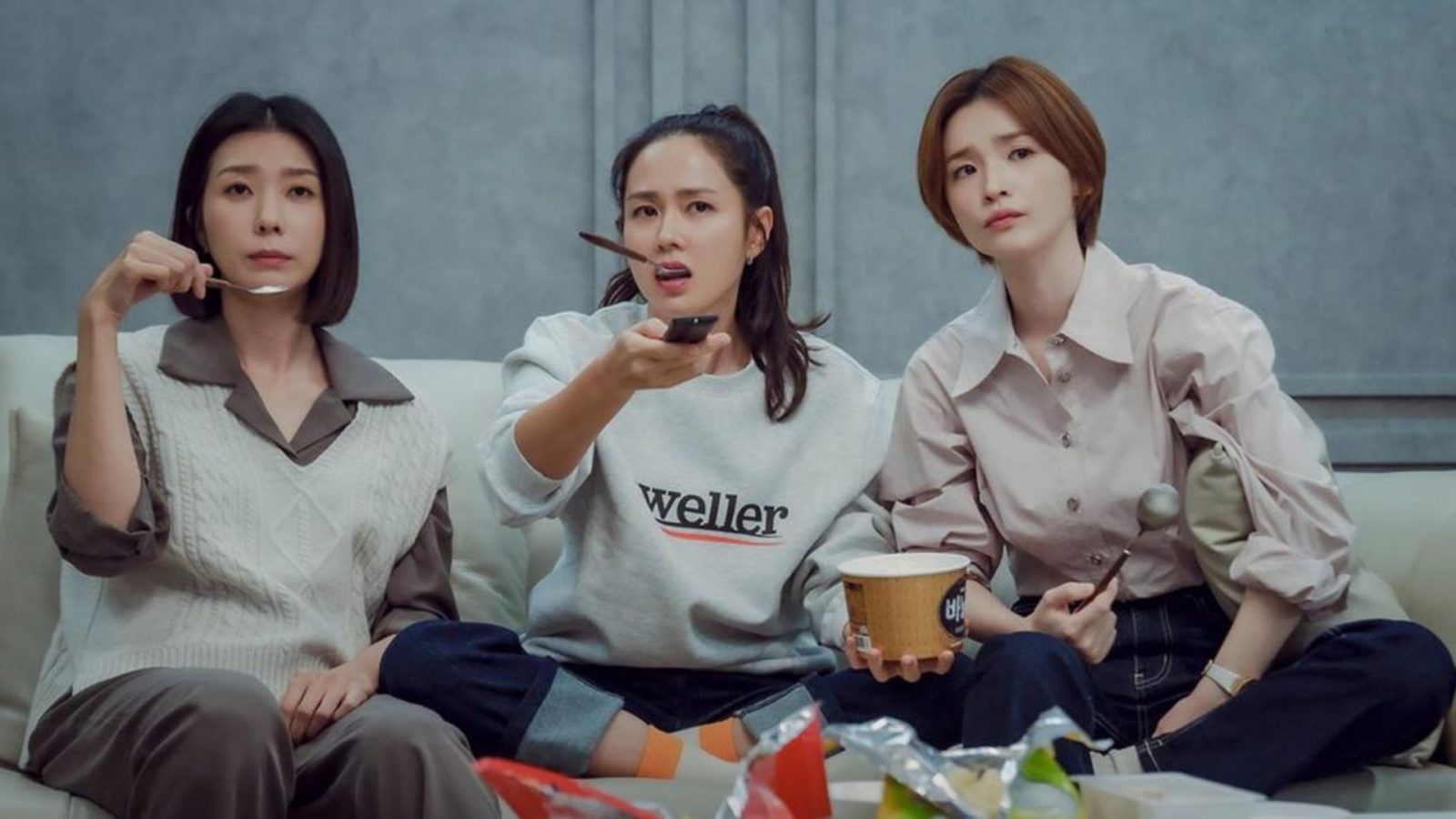 Culture
Squad goals: 10 heartwarming K-dramas that celebrate the magic of friendship
Share this article
Next article

From swapping embarrassing stories over shots of soju to crafting the perfect escape plan out of a dictatorial country – K-drama friendships have paved the way for some of the most engaging moments in television history. If you’re looking for a refreshing switch up from romance series or need something to binge-watch on Netflix with your BFF, we’ve got a list of the perfect shows for you.

Dreamy romances might be the lifeblood of Korean dramas but it’s the friendships that push the plot forward. Whether it’s classmates-turned colleagues that participate in the lead’s passion for being in a band or the heiress who offers her sister-like confidant bribes to go on a blind date in her place – the chemistry between friends in these shows is undeniably electric.

Injecting brevity and laughter into every scene, these relationships also point to the most important values of life – loyalty, honesty, and trust. Not to mention, they’re absolute goals! Spotlighting trios and duos, here are a few K-dramas that celebrate and honour friendships.

Perhaps one of the most beloved K-dramas around the globe, this series looks at the lives of five friends and families who live in the same neighborhood in the year 1988. Sung Deok-sun, Sung Sun-woo, Ryu Dong-ryong, Kim Jung-hwan, and Choi Taek have a heartwarming bond, watching movies together, having sleepovers, engaging in hilarious conversations, or even having petty fights. Few on-screen equations spell true friendship like the kind in this drama. With poignant takeaways and enduring bonds – this lighthearted watch is sure to bring a smile to your face. Even better? It’s a great way for you to brush up on your pop culture references.

This series follows three intelligent almost-40 women riding out the rollercoaster of life together. This includes loss, love, work, and everything in between. The bond that Cha Mijo, Jeong Chanyoung, and Jang JooHee share is that of sisters and their chemistry was a massive takeaway for most viewers. As they lean on each other, you’ll find it hard not to dwell on the importance of brutal honesty and people who can dish it out when you truly need it. And while the plot and execution itself leave much to be desired, the banter is well worth the binge.

A medical drama that’s exciting and engaging – Hospital Playlist tells the tale of five doctors who’ve been friends since they first entered medical school. Now co-workers, the group navigates life and their passion for music. The only catch? The lead singer of the band they form has very little experience or talent for her position. What follows is a series of amusing and heartwarming events, with the leads sticking by each other for over twenty years. Thoughtful gestures, hilarious conversations, and eccentric personalities underline this show – with the underlying theme of sticking close through the good and bad. If that isn’t friendship, we don’t know what is.

This series sees a couple of college students discover love for the first time. However, what stuck with viewers is the deep bonds that were forged and maintained through the course of the drama. The story goes that Yun Tae-o moves to his grandfather’s old house, in hopes of impressing college-going women. Things take a turn, however, when three of his friends – the childhood crush Hang Song-i, naive rich girl O Ga-rin, and musician Choe Hun walk right up to his doorstep, asking for a place to stay. What follows is a laughter fest of misunderstandings, as each of them navigate their personal lives and their individual relationships with each other. Featuring heartbreaks, first loves, sleepovers – the series proves the adage ‘a friend in need is a friend indeed.’

Wildly popular and a gateway K-drama for most current Hallyu enthusiasts – Crash Landing On You is a riveting tale about a billionaire Yoon Se-ri who accidentally finds herself in North Korea after a paragliding mishap. Discovered by upstanding captain Ri Jeong-Hyeok, she struggles to find her way back home. And although the show is hailed for its cultural depiction and dreamy, slow burn romance – it’s the bond between the soldiers and the main leads that drives the story forward. From engaging in witty banter and heartwarming moments of affection to laying their lives down to protect each other – these friendships are underlined by loyalty, respect, and trust. We can’t think of a better benchmark for squad goals.

Another popular K-drama that’s got the leads living under the same roof, Hello, My Twenties looks at five female college students that have varying personalities and come from different walks of life. Strangers at first, they learn to work with and appreciate each other’s quirks – whether it’s an unhealthy affection for alcohol or a unique taste in men. Also in the picture? A wandering ghost. The friendships forged in this show are unique, lasting, and very aspirational. They also get stronger with time – as most such bonds do. Featuring everyday instances of dating, career pressure, and everything in between – the characters celebrate, cry, and laugh together. If that’s not friendship, we don’t know what is.

One of the most popular K-dramas of 2022, Twenty Five, Twenty One follows the journey of two people who meet when they are 22 and 18 respectively. Three years later, they fall in love with the latter being a fencer and the former being a reporter. Although primarily a tale of love, the show depicts a blossoming friendship between Na HeeDo and Ko YuRim – underlined by little moments of affection.

This includes subtly redirecting the fan to face the other while having an exhausting, sweaty training session, helping the other out of a sticky media-related situation, and remembering important details. They laugh, cry, and care for each other despite being rivals due to their profession. We can’t think of a more poignant treatment of friendship in a K-drama.

Another beloved series, this coming-of-age K-drama explores the life of a naturally-gifted weightlifter who aims to go to college and pursue her passion for the sport. Her best friend – meanwhile, is a swimmer with his own ambitions. Beyond romance, the bond that these two characters share – especially as they juggle their respective careers with their relationship – is absolute goals. You’ll find yourself crying and rooting for them along the way.

Besides this, the trio that is the three weightlifting women Bok Joo, Nan Hee, and Seon Ok is iconic. Besides, who can forget the uber cool “Suwee” (swag!) moment that the three share on screen over a meal? The series gives valuable lessons in friendship – placing emphasis on the importance of sticking through ups and downs, supporting your friends as they discover themselves, and standing up to bullies. Not to mention, having fun!

An underrated show that’s thoughtful and poignant from the get go – Dear My Friends looks at young Park Wan who’s dragged to casual hangouts with her mother’s friends Jo Hee-ja, Moon Jung-ah, Oh Choong-nam, and Lee Yeong-won. And as they navigate their lives, she develops a deep bond with each – going on to being inspired to write a novel about their twilight years.

At once complex and lighthearted, the show looks at love triangles, road trips, career trajectories, and the inevitability of experiencing loss. Along the way it makes an important commentary on the importance of keeping your friends close and valuing them. Grab the tissue back before bingeing this one, you’re bound to shed a tear (or two) while watching.

Rounding out this list is an unlikely yet fitting K-drama that’s most known for its office romance. Business Proposal looks at the life of Ha-ri, an employee of a food production company who heads to a blind date in place of her childhood best friend (Young-seo) with – unbeknownst to her – the CEO of the said company. Although the hope was to scare the said suitor away, she finds herself in a sticky situation when he proposes.

Dreamy romance aside, what stuck with viewers in this K-drama is the sister-like friendship that Ha-ri and Young-seo share. The two share secrets, squabble endlessly, comfort each other over soju, and even have a hangout spot to grab a bite. No to mention, they also look out for each other fiercely – making it hard not to root for them. The show stresses on the importance of being there for each other and forging bonds. After all, who can forget the iconic – now viral – car scene where Young-seo’s cousin bemoans the lack of friends in her life by exclaming, “you know I have no chingu!”

korean dramas K-dramas K-drama friendships Best Korean dramas
Eshita Srinivas
Eshita spends her days writing, rewriting, and thinking of things to write about. In the little time she has left, she daydreams about going on a solo trip across Asia.
Travel Food Drink Entertainment
Sign up for our newsletters to have the latest stories delivered straight to your inbox every week.