Korean dramas have taken the entertainment world by storm. Intriguing plots, captivating storylines and varied genres coupled with phenomenal performances by the star cast — there are more reasons than one behind why some of the best K-dramas of 2022 have garnered global viewership.

What makes K-dramas so appealing?

Upholding a slice of life genre in Korea, showing the splendid corners of the country and depicting its life and times, Korean dramas have made a special place for themselves in the hearts of television buffs. Such is their popularity that Korean television actors are regarded as some of the most noted celebrities across the globe. But what makes them so appealing to such large audiences?

The answer is fairly simple. Intriguing plots and out-of-the-box themes and concepts come out as star ingredients in making a successful K-drama. Whether it is a deadly reality game show, a zombie apocalypse or even a simple office romance and chance situationships, the gripping plots and phenomenal performances by the actors make every drama quite an interesting watch. They are also packed with punchlines and twists, which makes them all the more addictive. 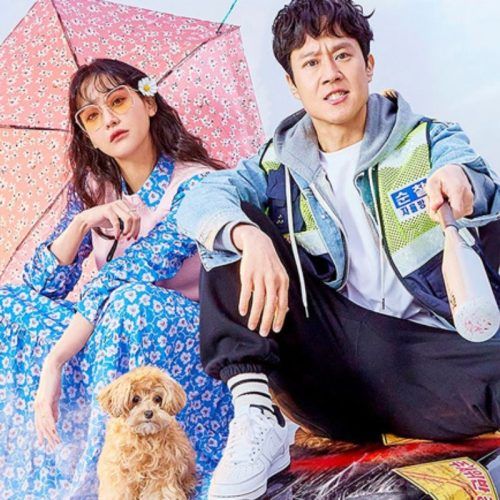 The same is seen, even when the content is based on supernatural things. The spirits of two individuals swapping places or the story of half-human and half-spirit grim reapers — the best highest-rated K-dramas deliver stories that are not only different but also very well executed.

K-drama actors are known for their good looks as well, and when coupled with impeccable fashion sense, outstanding locations and spectacular cinematography, every series becomes a visual treat.

Here are some of the highest-rated K-dramas of 2022

Under the Queen’s Umbrella

Set against the backdrop of a Korean Royal household, Queen Hwaryeong (Kim Hye-Soo) is having a difficult time controlling her mischievous sons, one of whom shall become the next King of Joseon. She controls her temper and presents herself with grace and dignity, but the troublemakers compel her to forsake all protocols.

Watch 'Under The Queen's Umbrella'

May I Help You

Kim Jib-sa (Lee Jun-young) runs errands as part of a company named Ildangbaek that provides services for all kinds of odd jobs. On the other hand, Baek Dong-joo (Lee Hye-ri) is a funeral director who has a special ability to talk with the dead. The lives of the two get intertwined in a dire situation when a corpse has a strange request.

Watch 'May I Help You' here

Nominated at the 28th Annual Critics Choice Awards, Extraordinary Attorney Woo is a much-loved Korean drama series that aired on ENA Channel. The series follows the daily works and cases of a 27-year-old lawyer Woo Young-woo (Park Eun-bin). Despite being on the autism spectrum, Woo has an extremely high IQ of 164, tops her class and joins a prestigious law firm.

Her daily challenges, how she tackles difficult cases and courtroom drama make this K-drama quite an inspiring series.

Watch 'All Of Us Are Dead' here

Based on a webtoon of the same name, written by Haehwa, Business Proposal is one of the best K-dramas of 2022.

The story is set in Daeho, a fictional country, and the events of which are inspired by South Korea’s Jaeson period. The drama takes viewers into the realms of the other world and blends romance with elements of fantasy. It depicts the journeys and fates of people that are twisted because of certain changes that their souls must adjust to.

Question: Which are the best K-dramas to watch in 2022?

Answer: ‘Business Proposal,’ ‘Forecasting Love And Weather,’ ‘ Ghost Doctor,’ ‘Twenty Five, TwentyOne,’ ‘Juvenile Justice,’ ‘Grid,’ and ‘All Of Us Are Dead’ are some of the best K-dramas that you must watch in 2022.

Question: Which are the best Korean TV shows to watch in 2022?

Answer: Some of the best Korean TV shows in 2022 include ‘Thirty-Nine,’ ‘Tomorrow,’ ‘Our Blues,’ ‘My Liberation Notes,’ and ‘Green Mother’s Club.’

Question: Which are the most popular Korean dramas in 2022?

Answer: Korean dramas with the highest ratings in 2022 that must be on your watchlist include names like ‘Extraordinary Attorney Woo,’ ‘Our Blues,’ ‘Twenty-Five Twenty-One’ and ‘Military Prosecutor Doberman.’

Answer: While it is difficult to pick the best one, some of the best rom-com K-dramas of 2022 are ‘Business Proposal,’ ‘Twenty-Five Twenty-One,’ ‘Alchemy of Souls,’ ‘Our Blues’ and ‘Jinxed At First.’

Question: What is a K-drama?

Answer: K-dramas are television drama series in the Korean language that are based in Korea and feature actors from that country.