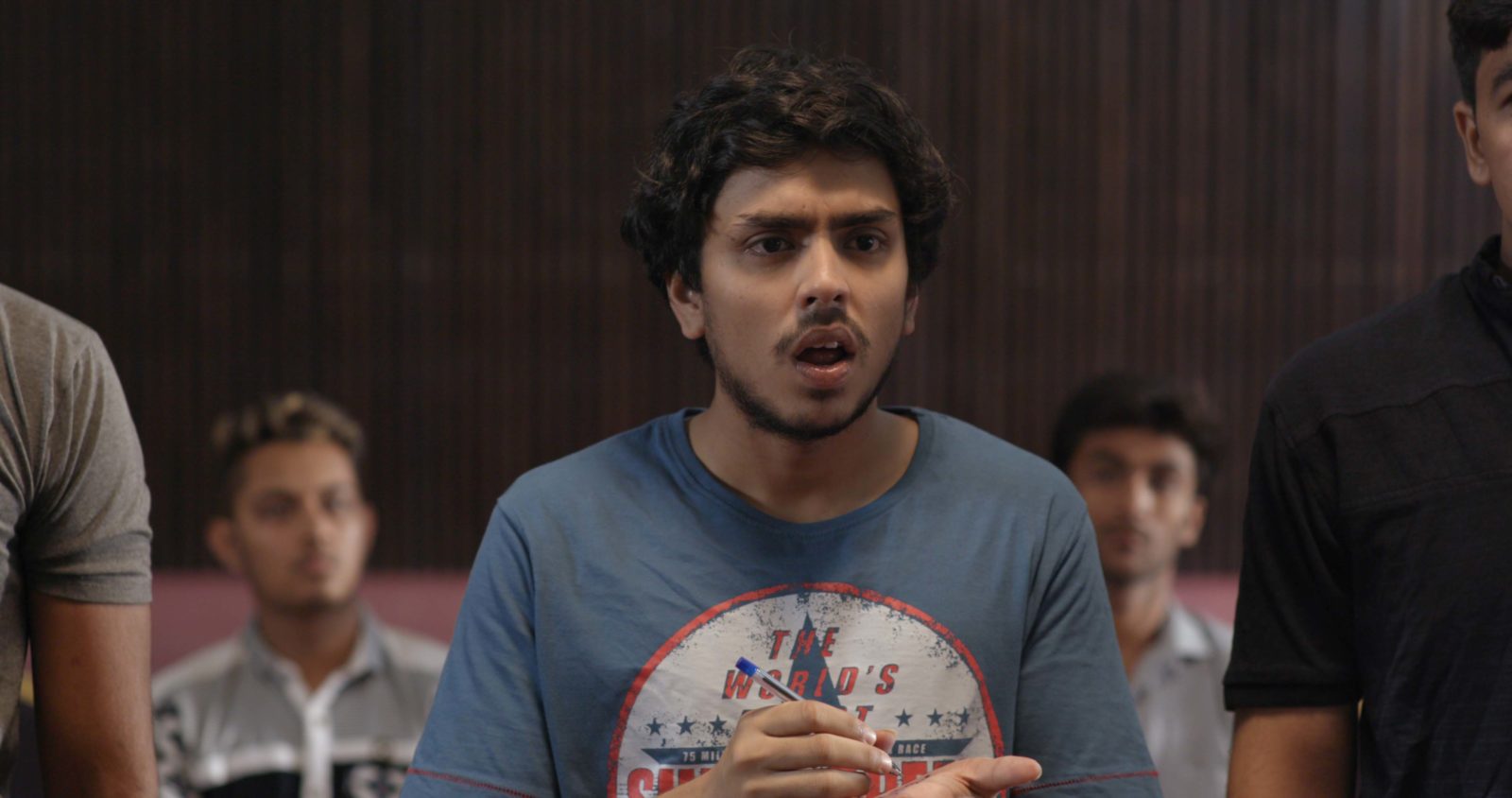 Created by Saurabh Khanna and Abhishek Yadav, Season 1 was praised for its relatable and humorous portrayal of hostel life. We follow the lives of four freshers-turned roommates as they navigate their journeys in an engineering college. The mini-series wraps up in only five episodes, each one lasting for about 30 minutes.

Helmed by TVF, the same platform that got you The Kota Factory and more recently, Aspirants, Hostel Daze revolves around life in an engineering college. In the Hostel Daze Season 1, we are introduced to three newcomers – Rupesh Bhati ‘Jaat’ (Shubham Gaur), Ankit (Adarsh Gouvrav) and Chirag (Luv), who end up becoming roommates. The first season shows us the starting semester of the engineering college. In the first episode, we hear the janitor of the hostel tell us that whether or not the college lands you a job — it certainly helps you make memories. We see the three freshers tackle ragging, extra-circulars, relationships, academics, and more importantly friendships. We see the friends navigate the various challenges a typical college life throws at them. In the process, they build a bond that promises to stand the test of time.

What to expect from Hostel Daze Season 2 –

In Hostel Daze Season 2, we see how the tables turn. The freshers in the Season 1 are seniors in Season 2.  The trailer introduces us to a similar cast and setting but there seems to be a newfound authority amongst the group of friends. After all, they are now the seniors and it is their turn to be bossy. Ragging was a prime theme in the previous season and it continues in this, too. However, from the trailer, it seems like this season will take a tough stand on this dangerous practice. We can also expect a heightened sense of maturity with how the characters handle relationships. This season will be directed by Amir Musanna and Sangram Naiksatam.

Adarsh Gourav’s most memorable role was as Mohit Chadda in the Sridevi led Mom. He has also played the leading role of Belram Halwai in the Netflix original The White Tiger. The 27-year old won ‘The Rising Star’ award for Belram’s role at the Asian World Film Festival. In the Season 2 of Hostel Daze, Gourav will play the straight and sensible Ankit Pandey who is in love with Akanksha (Ahsaas Channa).

Ahsaas Channa is a familiar face in the genre of college drama. She is best known for playing lead roles in Girl’s Hostel, Kota Factory and Interns. Here, she will play the role of Ankit Pandey’s crush, but whether or not she becomes his girlfriend remains to be seen. Regardless, a bold and dominating demeanour is likely to continue with her character.

Luv will play Chirag Bansal, a smart, shy and sober kid. In this season, we will see him as less shy and sober as he indulges in all the mischiefs.

Nikhil Vijay plays the academically challenged character of Jatin ‘Jhantoo’ who is infamous for his unruly behaviour and bad habits. He is likely to continue with the same vibe in the second season. Vijay has previously acted in Gullak and Immature.