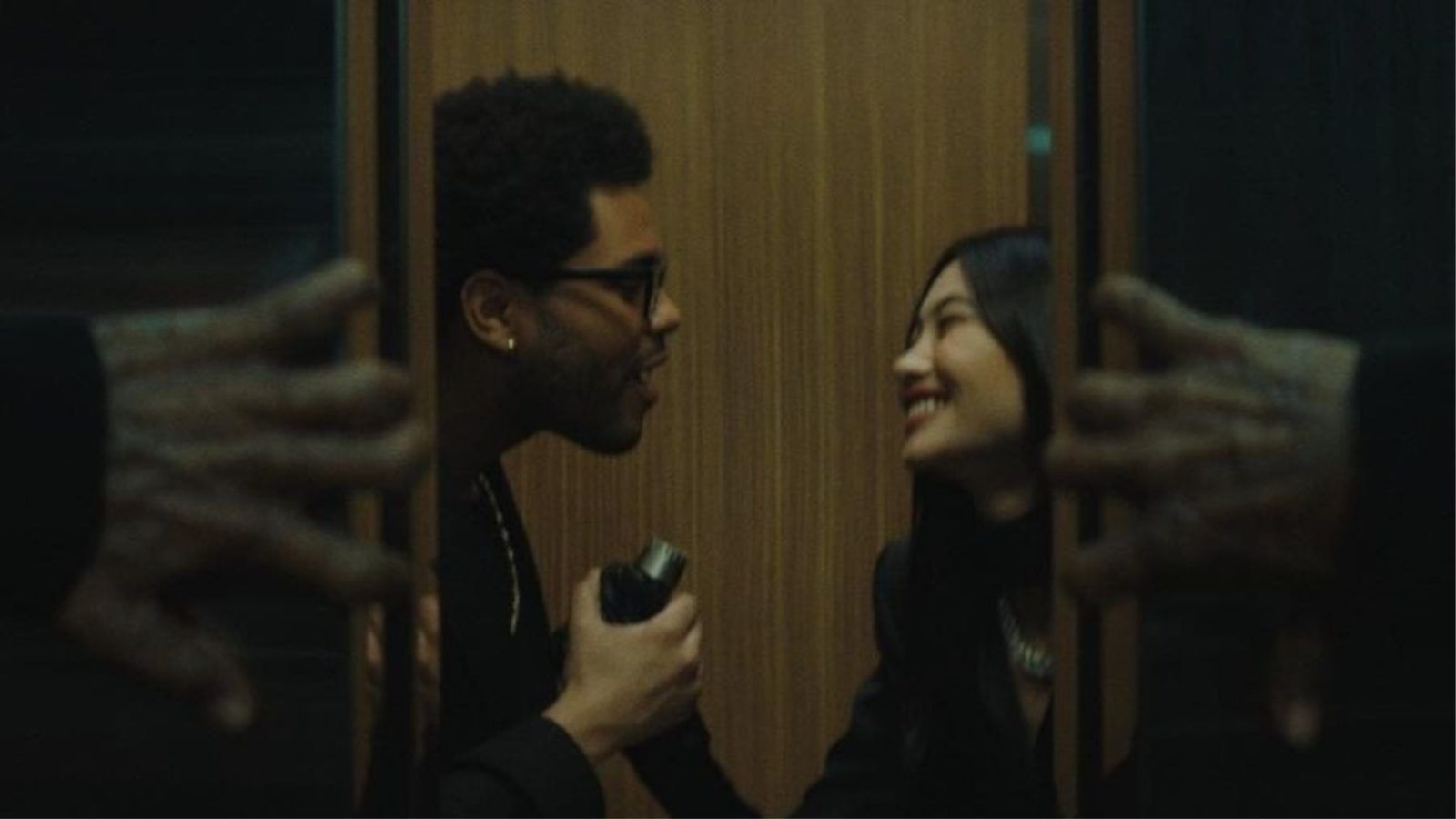 Squid Game star HoYeon Jung is sharing screen space with The Weeknd in his upcoming music video. The singer posted snippets from the soon-to-be-released video of the song “Out Of Time” on Instagram recently.

On 1 April 2022, The Weeknd took to his official Instagram account and announced his collaboration with HoYeon Jung for a music video, which will release on 5 April 2022. The Grammy winner shared a still from his song “Out Of Time” starring the actor and captioned it, “out of time : tuesday (sic).” The image shows the two stars standing behind an elevator door, looking lovingly into each other’s eyes and smiling while he is seen holding her hand.

Since then, The Weekend has been posting more such images on his social media accounts with the caption, “tuesday (sic).” Another picture that the musician shared with the Squid Game star shows the two dressed in black monotone looks and singing while standing quite close to each other.

The actor who became a household name with her stint in the show Squid Game is also known for her fashion. The model and actor, who will make her music video debut with The Weekend, has also been signed to star in Apple TV+’s upcoming thriller series Disclaimer. The show is based on a novel of the same name, authored by Renee Knight. It will also star Cate Blanchett, Sacha Baron Cohen, Kevin Kline and Kodi Smit-McPhee in pivotal roles.

Everything you need to know about ‘The Crown’ season 5