Rajkummar Rao and Kriti Sanon starrer Hum Do Hamare Do is all set to premiere on Disney+Hotstar today. The movie has been touted as one of the best comedies to come out this month. Here’s all about Hum Do Hamare Do teaser and film. 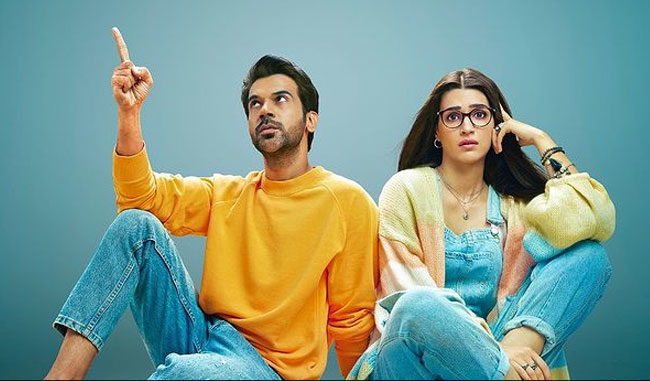 Hum Do Hamare Do on Hotstar trailer, story and more –

You can choose your children but not your parents. This is one of those things that director Abhishek Jain’s new OTT release Hum Do Humare Do decides to challenge. And for what? To get the girl, Bollywood style.

Playing with the concept of adoptive parents, the trailer for the film was released on October 11, and it is a riot of laughter.

Hum Do Hamare Do has a hilarious plot in which the hero adopts a set of parents in order for his love story to succeed. The trailer begins with Aanya (essayed by Kriti Sanon) and Dhruv’s (Rajkummar Rao) courtship when she tells him that she will only marry a guy who has an adorable family, loosely translating to “sweet parents”. Rajkummar Rao, a family of one, comes up with a plan to adopt a set of parents. We also get a glimpse of the exceptional actors Paresh Rawal and Ratna Pathak Shah who come on board to play the part of his adoptive parents. The story seems to be quite entertaining and intriguing, promising a ‘familywaali’ Diwali.

Hum Do Hamare Do on Hotstar movie cast –

Rajkummar Rao plays the ambitious Dhruv, who can weave any plot to win Aanya. Aanya, played by Sanon, is a dreamy girl, too saccharine even for teenage girls, who wants a perfect family. The upcoming movie also features Paresh Rawal, Ratna Pathak Shah, and Aparshakti Khurana in key roles.

ALSO READ: ‘Dune’ sequel is already slated for 2023 — here’s everything we know