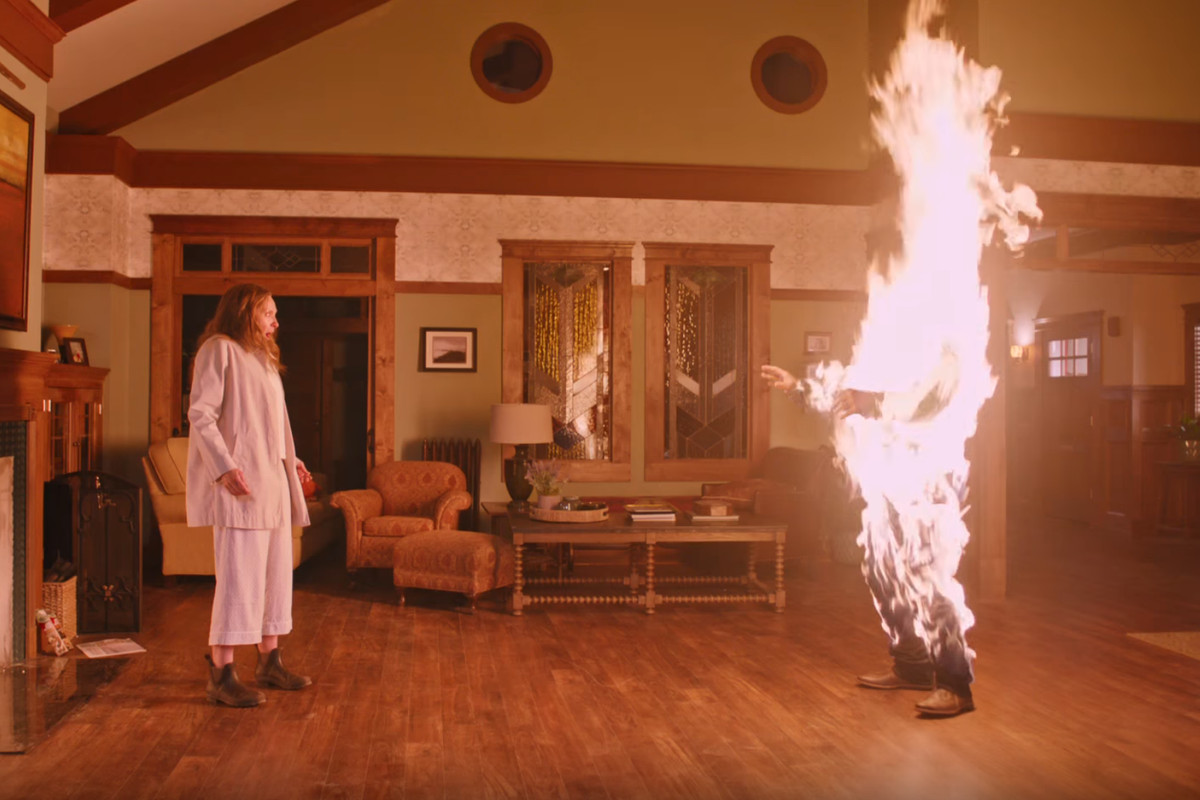 15 brilliant movies you need to stream right now, according to Humans of Cinema

Culture
15 brilliant movies you need to stream right now, according to Humans of Cinema
Share this article
Next article

‘Cinema for change, positivity and mental health” is how Humans of Cinema describes itself. The cinephile page with over 198k followers, started by Harshit Bansal, archives all things cinema — from movie reviews to analysis of scenes to conversations with movie stars — everything is presented via a subjective lens to start open-ended conversations among viewers.

We got Harshit Bansal of Humans of Cinema to give us the 15 best movies to stream right now. 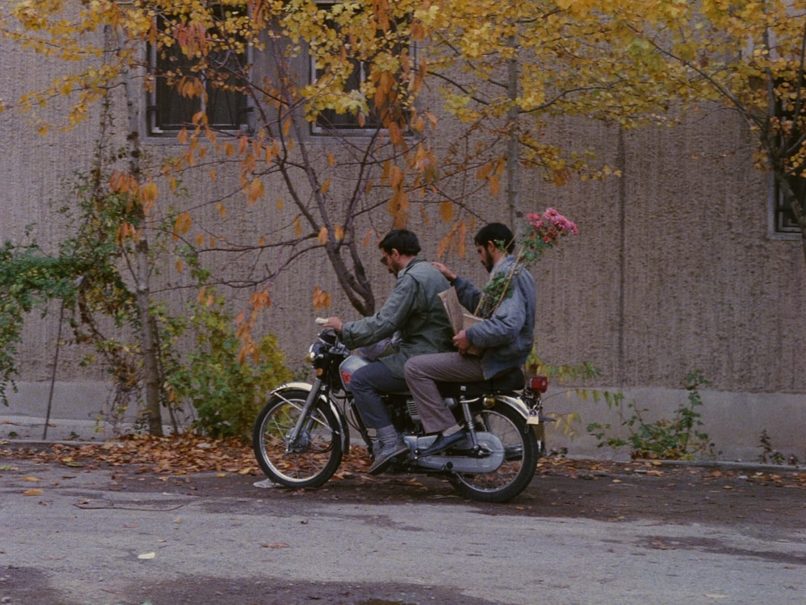 Close-Up is a 1990 Iranian docufiction by Abbas Kiarostami that captures the passion of a young artist. In a nutshell, it’s film-on-film cinematography exhibiting poetic justice in the most befitting way possible while also introducing a sliver of realism to the movie. It is a story of a cinephile (Hossain Sabzian), who’s obsessed with Iranian filmmaker Mohsen Makhmalbaf, and fails to draw a line between self-realisation and self-deception.

A Separation by Asghar Farhadi 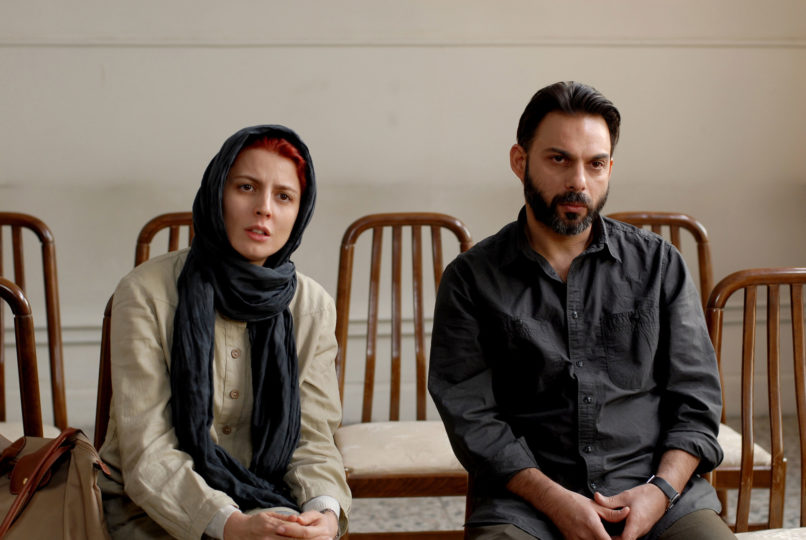 The 2011 Iranian family drama by Asghar Farhadi was deemed one of the best films of the decade. And rightly so. The film took home an Oscar for Best Foreign Language Film in 2012, becoming the first Iranian film to win the award. Rhyming with Farhadi’s other work and motif, A Separation touches upon the internal challenges of a family while underlining the idiosyncratic talents of each character. 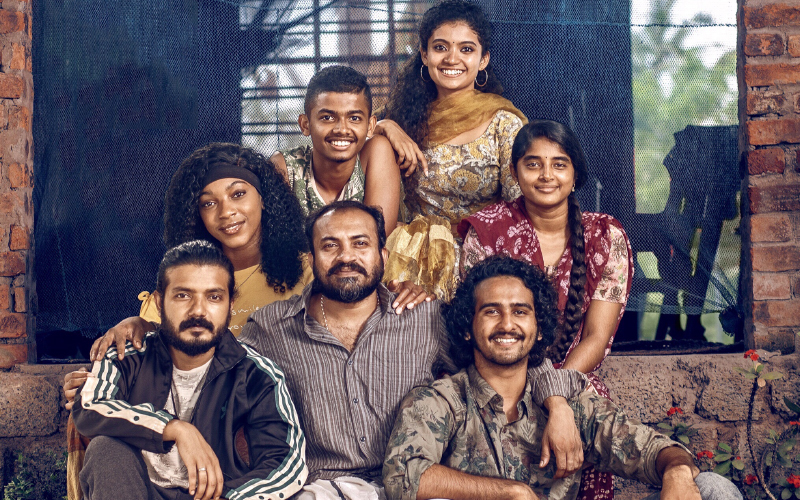 Madhu C. Narayanan’s 2019 directorial debut, Kumbalangi Nights, brought together all the heavyweight champions of Malayali cinema. Jointly produced by Fahadh Faasil and Nazriya Nazim, in association with Dileesh Pothan and Syam Pushkaran, with Shyju Khalid as the cinematographer, the film was a recipe for success. Shot in a remote village of the same name in Kerala, Kumbalangi Nights peels several layers of a dysfunctional middle-class family minus the cynical congestion. 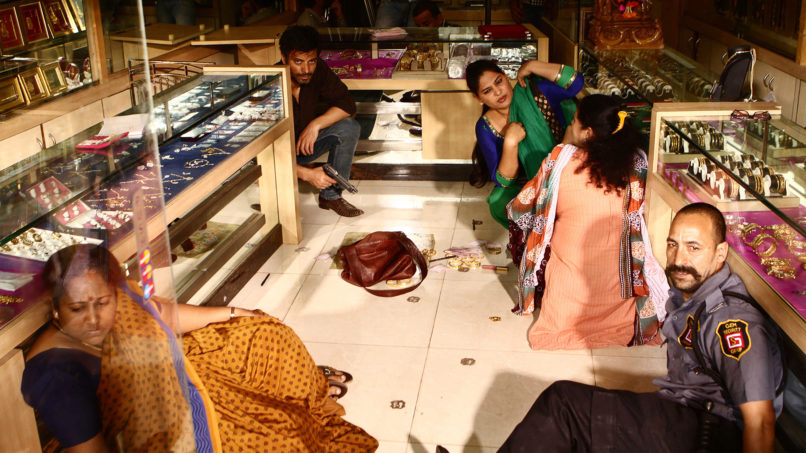 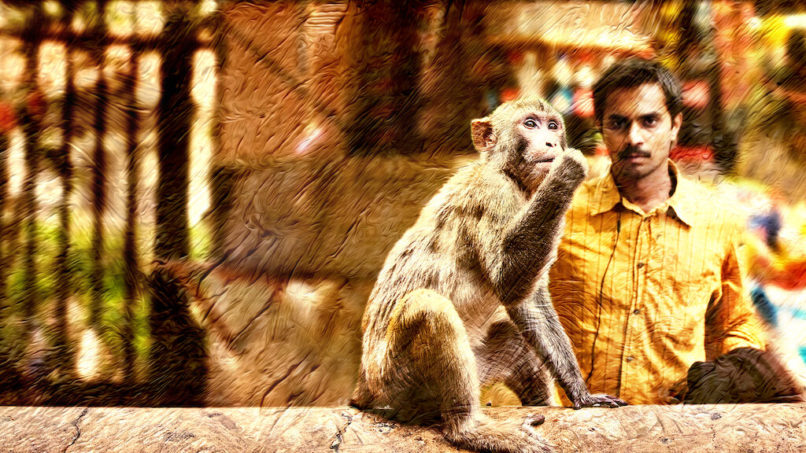 On and off over the years, a troop of monkeys have headlined national papers for invading the premises of the Parliament in the capital city. As they run amok, causing chaos and mayhem, many people were hired to keep them at bay from public buildings. Prateek Vats’ Eeb Allay Ooo is a hilarious and emotional take on the life of one such migrant who is hired as a monkey repeller in Delhi. Its onomatopoeia title is a commentary on its farce-fuelled storyline. 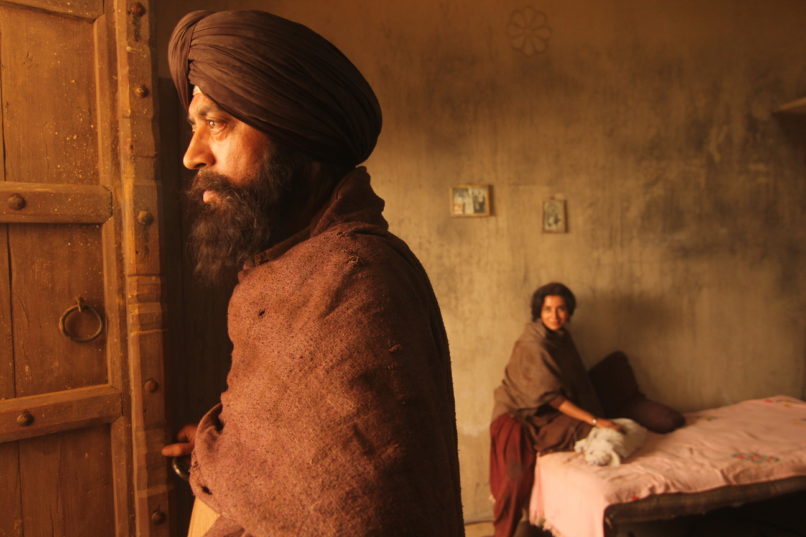 A masterpiece by Anup Singh that stars Irrfan Khan and Tillotama Shome in lead roles, Qissa narrates a rather complex and orthodox (but not unconventional) demand of a man who will cross all limits to bear a son that continues his family lineage. The Partition of India in 1947 backdrops the story, adding an era-bound detail where forbidden expressions were considered too normal and mundane to be questioned. 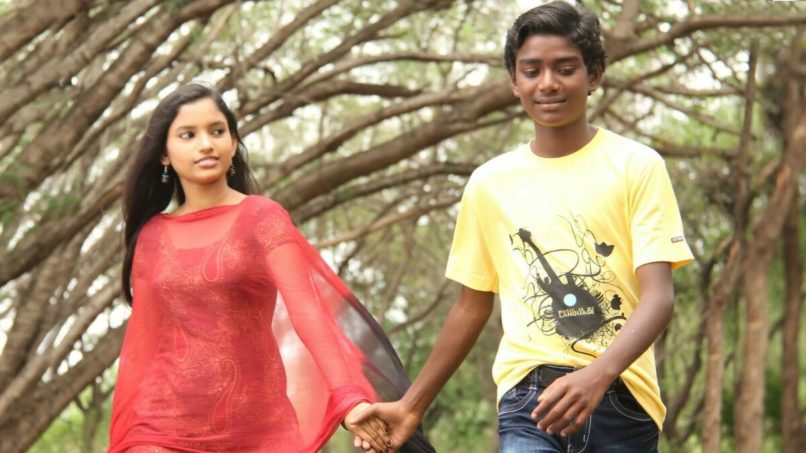 While some may think caste-based love stories and their disparaging discriminating denouement is an everyday tale, but it’s how we narrate them that makes all the difference. Fandry has a very real approach to the same, and that’s why it takes the cake as one of the best portrayals of a Dalit love story. Marking Nagraj Manjule directorial debut, this Marathi film is a big explosion in a small package.

The Gleaners and I by Agnès Varda 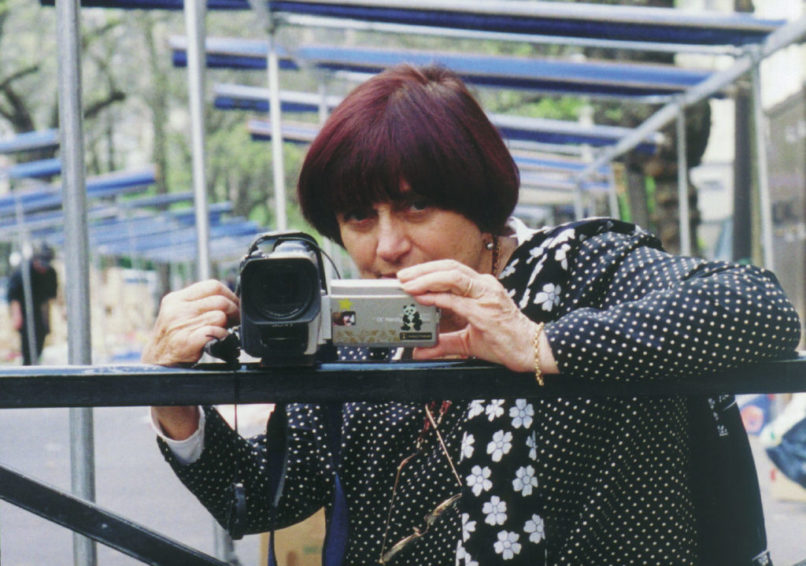 Experimental cinema lovers must aboard this ship as French filmmaker Agnès Varda takes us through the lives of gleaners in France. The term “gleaners” refers to a now-defunct strand of mainly female agricultural workers who flourished in feudal France. A feudal version of dumpster diving, The Gleaners and I (2000) showcases peasants, farmers, and wealthy owners with an ancestral history as gleaners in a poetic and captivating manner. 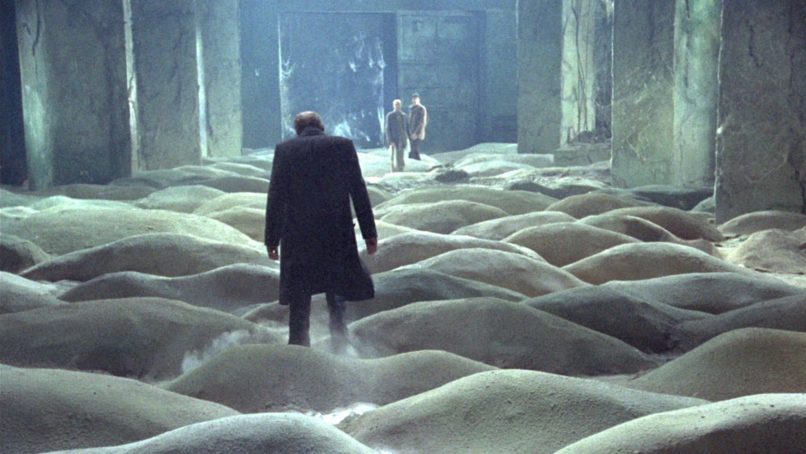 Triggering esoteric philosophical and psychological debates, the 1979 Soviet sci-fi Stalker by Andrei Tarkovsky is an experience. Loosely based on a 1972 novel Roadside Picnic, Stalker is a guide that takes his visitors to a different realm, which is devoid of any normalcy; it is a cluster of possibilities hidden behind the curtains of supernatural spaces. A proper piece of auteur, Stalker is a must-watch for cinephiles. 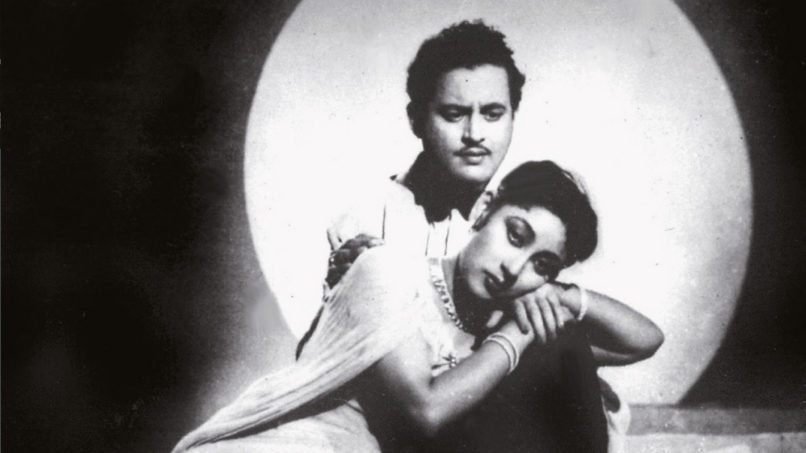 Legendary Guru Dutt has delivered several brilliant narrations to Indian cinema that shaped and reshaped its course multiple times but, Pyaasa is a magnum opus that inspired generations of filmmakers. An instant classic, this 1957 starring Guru Dutt and Waheeda Rehman revolve around a struggling poet and a benevolent prostitute in post-Independence India. It was one of the first films that brought unbridled beauty to Bollywood. 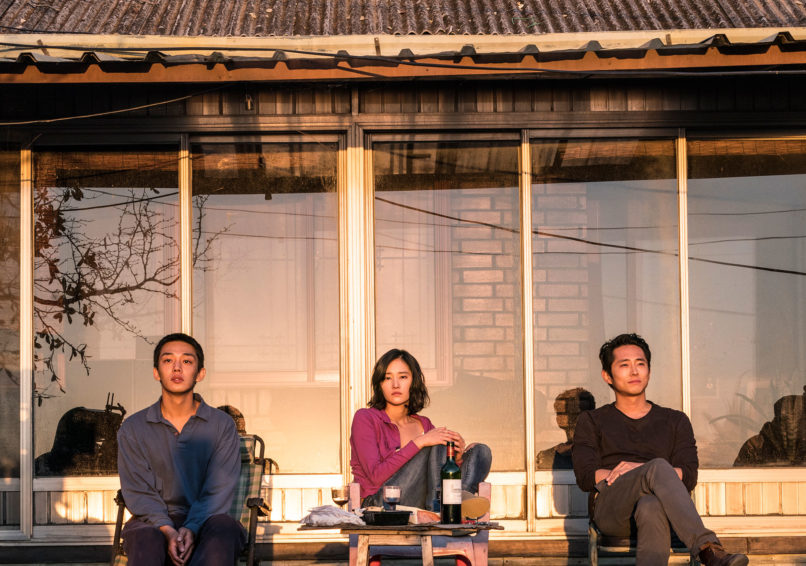 Only a few movies have managed to frame disturbing and ambiguous narrative in a visually aesthetic appeal. Burning (2018) is one such movie. Another South Korean gem, Burning by Lee Chang-dong, is based on a short story Barn Burning from The Elephant Vanishes by Haruki Murakami, a Japanese author known for his vivid wordplay and graphic detailing. The movie highlights the plight of working-class individuals living in extreme economic inequality. 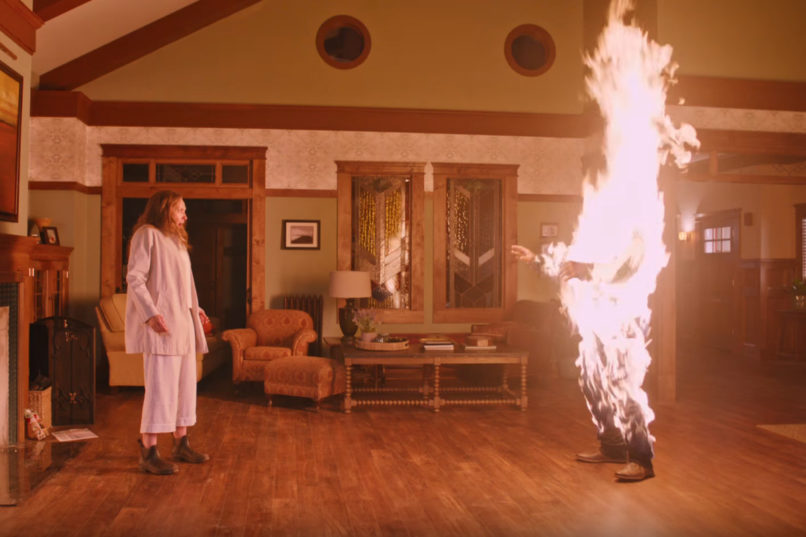 Jump scares and apparitions were given a new meaning with Ari Aster’s 2018 directorial debut. A great year for horror fans, Hereditary really raised the bar from the classic family-moving-into-a-haunted-house by injecting the sinister into the family lineage of the Graham family. Featuring Toni Collette, Alex Wolff, Milly Shapiro, and Gabriel Byrne, Hereditary promises sleepless nights and ominous reveries. 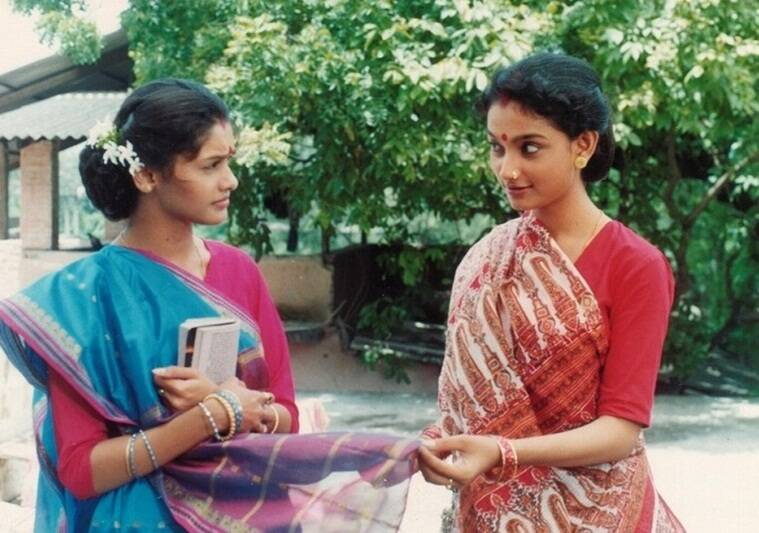 The apple doesn’t fall far from the tree, is what probably the media must have construed back in the heydays of Shyam Benegal, the cousin of Guru Dutt. Seeping through the cracks of mainstream Indian cinema with his alternatives, Benegal’s Suraj Ka Satvan Ghoda, based on the novel The Sun’s Seventh Horse by Dharmavir Bharati, is a story of a raconteur that details three tales via the prism of class and society. 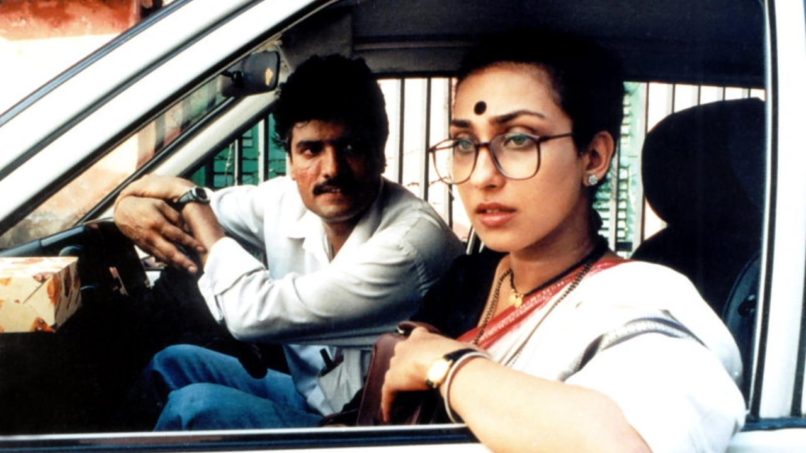 While the core of the narrative can churn out reams of literary analysis, the film focuses on female solidarity in a male-dominated and twisted society where women’s bond is least appreciated. The Indian Bengali movie by Aparna Sen exhibits a relationship between mother and daughter-in-law who, despite their age, differences, and temperament, form an uncommon friendship. 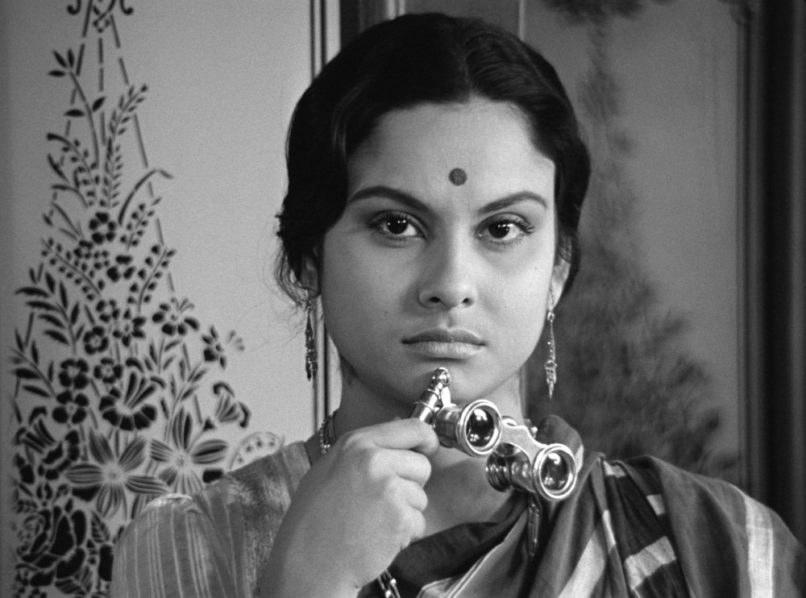 Novelist Rabindranath Tagore’s genius comes to life with Satyajit Ray’s 1964 drama, Charulata, based on his famous 1901 novella, Nastanirh (The Broken Nest). Set against the backdrop of Bengali Rennaisance in the 19th century under British Rule, Charulata explores loneliness, odd friendships, and a broken marriage in a time when these were mere obscure manifestations of the human spirit.