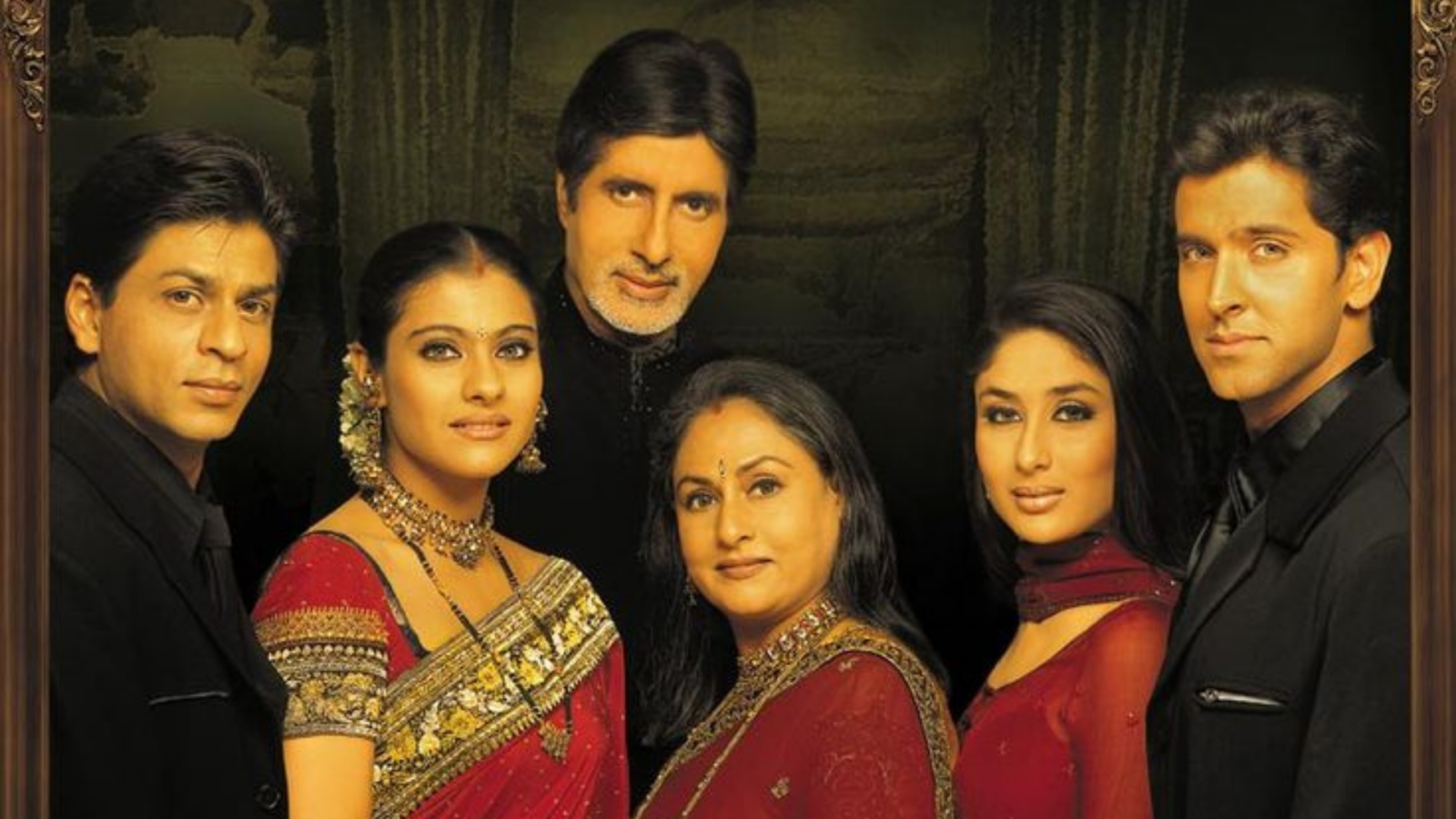 Iconic scenes from K3G to reminisce on their 20 year anniversary

Kabhi Khushi Kabhie Gham, shortly known as K3G, is an all-time favourite movie for many. K3G features many iconic moments that every generation has seen at least once in their lifetime, whether boomers, gen-z, or millennials. Everyone who had watched it would have a mix of emotions running through them with the number of iconic scenes from Kabhi Khushi Kabhie Gham. The film’s packed with memorable moments, from those that will make you cry to those that will make you laugh.

Each dialogue is written meticulously, fits the scenario perfectly and is used by fans and others when the situation seems appropriate. Celebrities are lip-syncing lines from the film to mark the anniversary. Each artist on this film has done a fabulous job, keeping it iconic and relevant. The celebrities have really done justice to their character and are a fan favourite to date. Their dialogue delivery has introduced us to several iconic scenes from Kabhi Khushi Kabhie Gham, etching it into our minds.

Iconic scenes from K3G that will forever remain evergreen:

The person behind this classic dialogue needs no introduction. Like the dialogue, she was legendary and a role model to many. It was none other than Poo (Kareena Kapoor Khan). An epitome of a drama queen, she introduced the term P.H.A.T to the world, an acronym for ‘Pretty Hot and Tempting.’ Well, there was no doubt she looked P.H.A.T throughout the movie like a true Y2K fashion icon.

Who will be Poo’s date for prom?

Poo was the queen of attitude and always had to have the best. So, when it came to choosing a partner for prom, she was ready with her sassiest comments, picking out from a line of boys. With each passing remark, she got a bit sassier. This scene was what made Poo herself. A scene so iconic, it was recreated by Alia Bhatt with other notable celebrities like Aryaan Khan, Ibrahim Ali Khan, and Ranveer Singh, making the OG Poo quite proud.

We all knew the clothes Poo wore to make her look P.H.A.T were not too family appropriate. So when she wanted to impress Rohan Raichand, she changed her avatar, dressing up traditionally and ditching the short skirts and crop tops. It is why Anjali Sharma (Kajol) rightly pointed out ‘Poo bani Parvati”, a term now used on anyone who transforms just like Poo did in Kabhi Khushi Kabhie Gham.

Another iconic character of K3G had to be Anjali Sharma. Her clumsiness and cheerful personality made her the adorable and lovable character she played. So, when Rahul goes to her in Chandani Chowk, not only does she serenade him with her Shayaris but also cannot contain her laughter at his jokes, relaying the dialogue ‘Bade Mazaki Ho! Bade Mazaki Ho!’.

The attacks on the ‘Gamla’.

As Anjali continued to be her cheerful self, she still made tiny blunders that created comedic scenes. An all-time favourite comedic scene from Kabhi Khushi Kabhie Gham that outlined Anjali’s clumsy character would be her breaking the vase (Gamla) at the Raichand’s house. Not once but twice. What started at a party got repeated as she apologised for the previous blunder. Her cry for help will definitely be the highlight of the scene.

The dialogue and the scene that prevails in K3G will always be another comedic scene. It starts with Mrs Sprightley dropping her daughter at the Raichand’s house, now in London. Anjali immediately mumbles an insult in Hindi, a language Mrs Sprightley doesn’t understand, continuing to reply to her in Hindi. In the next scene, Anjali tries to get her son to love India, during which the iconic dialogue is recited animatedly by Rahul (Shahrukh Khan) and their son in sync. Soon we see the line being used on Rahul himself after he is shocked at how Poo dressed up.

While tears streamed down our faces from laughing at the humorous bits, some scenes were emotional ones, leading to crying in reality. The emotional reunion between Rohan (Hrithik Roshan) and his Daijaan (Farida Jalal) is one scene like that from Kabhi Khushi Kabhie Gham. Rohan could never tie his own shoelaces since he was small. It was always Daijaan who would help him out, a wholesome moment between the two. So when they finally reunited, it had to be recreating the sweet moment of Daijaan tying his laces from when he was younger. It was one of the reunions we were all waiting for throughout the film.