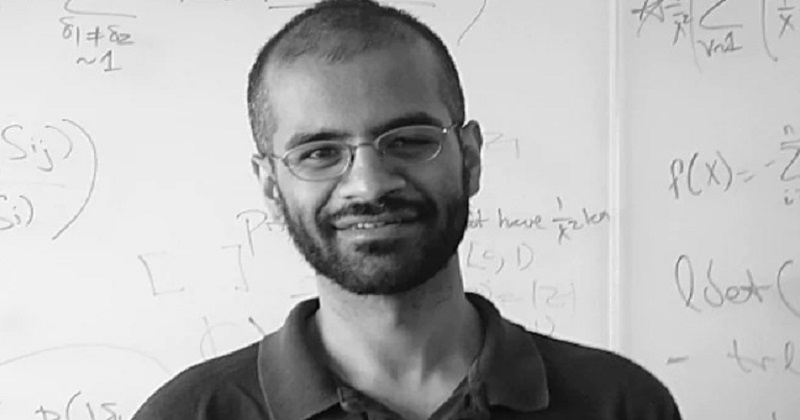 Nikhil Srivastava, an Indian-American mathematician who teaches at the University of California, will be awarded the inaugural Ciprian Foias Prize in Operator Theory by the American Mathematical Society for solving a 1959 problem.

The American Mathematical Society (AMS) has unanimously nominated esteemed Indian-American mathematician Nikhil Srivastava and his colleagues for the first Ciprian Foias Prize in Operator Theory. The prize was established in 2020 in memory of Ciprian Foias, an influential scholar in Operator Theory and fluid mechanics. The current prize amount is USD 5,000 (Rs 3.7 lakh approx), and the prize is awarded every three years.

Who is Nikhil Srivastava, the math wiz who solved the 1959 problem?

Nikhil Srivastava, born in New Delhi, India, earned a Bachelor of Science degree in Mathematics and Computer Science with honours from Union College in Schenectady, New York, in 2005. He received his PhD in computer science from Yale University in 2010.

The award recognises their highly original work that introduced and developed methods for understanding the characteristic polynomial of matrices, particularly the iterative sparsification method (also in partnership with Batson) and the method of interlacing polynomials, a media release said.

“Together, these ideas provided a powerful toolkit with many applications, notably in the trio’s breakthrough paper ‘Interlacing families II: mixed characteristic polynomials and the Kadison-Singer problem’ (Annals of Mathematics, 2015), which solves the famous ‘paving problem’ in operator theory, formulated by Richard Kadison and Isadore Singer in 1959,” AMS said.

In a joint statement, the three honorees stated they accept the award on behalf of the many people whose work led to the solution of the Kadison–Singer problem. They added that their participation was the culmination of an incredible narrative that they hope will encourage similar solutions to difficult challenges in the future.

Professor Srivastava and the other two honorees will be presented with the award on January 5, 2022, during the Joint Mathematics Meeting in Seattle, which is regarded as the “world’s largest mathematics meeting.” Srivastava has won the Ciprian Foias Prize for the third time, having previously shared the George Polya Prize in 2014 and the Held Prize in 2021.

Nikhil Srivastava 1959 problem American Mathematical Society Ciprian Foias Prize
Anushka Narula
Anushka Narula likes to write about fashion, culture, and other nice things. When not bound to her keyboard, she likes to make her Pinterest boards come to life.