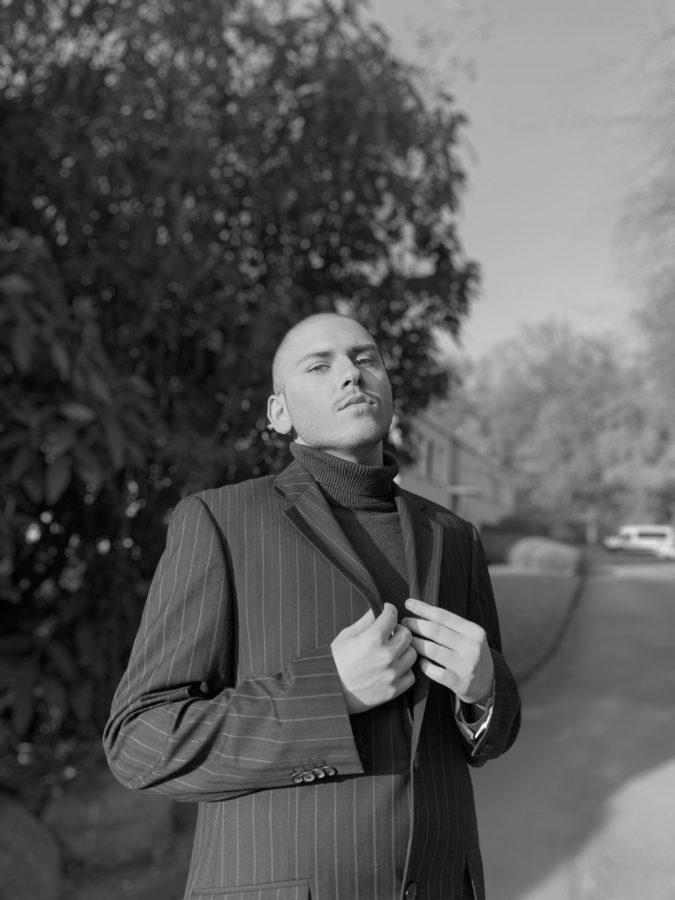 From simply posting fun edits to shoutouts from the celebs, @qualiteaposts tells us what goes into the making of his much-admired Instagram handle.

If the song ‘Play Date’ brings to mind Kareena Kapoor Khan’s Poo from K3G or Aditya Roy Kapur’s abs, you have @qualiteaposts to thank. The 20-year-old’s videos have taken Instagram by storm—becoming a rage not only amongst viewers but the celebrities themselves. A shoutout from Anushka Sharma, Madhuri Dixit Nene, and Justin Baldoni of ‘Jane the Virgin’ fame engaging in comments is just how popular this handle has become.

Why? Well, if you’re into pop culture, @qualiteaposts is for you. A Macedonian born and brought up in Germany, he’s grown up on both Bollywood and Hollywood; and that’s the reason behind the snappy edits—whether it’s a thumka perfectly timed with a beat or twerking with the dhol. From SRK to Leonardo Dicaprio, Ibrahim Ali Khan to Alia Bhatt, and even Bigg Boss to Rakhi Sawant, he’s got it pat-down. Looking for harmless laughs or some fangirling / fanboying? This is the place to be. Reminiscing about stars who’ve retired, nostalgic snapshots, current crazes, as well as his animated edits, there’s something for everyone.

Semi F., the man behind the handle, is a fresh high school graduate. While he looks to study further soon, @qualiteaposts will continue to occupy his time. Here he shares the behind-the-scenes of his handle that has soared social media charts.

What prompted the birth of @qualiteaposts?

Editing videos was always something I was passionate about. I got into the editing world when I was 12 and always had fun doing it. I started @qualiteaposts at the beginning of last year and was not expecting it to reach a huge audience and positive feedback.

I started watching Hindi films at an early age, because my parents also grew up watching films like ‘Nagina’, ‘Bobby’, and ‘Kabhie Kabhie’. They always bought my two siblings and me as many Bollywood DVDs as they could’ve afforded because they knew how excited we were to watch more. Later, I started watching Hindi films with English subtitles and tried to learn the language. I was always interested and mesmerised by the Indian culture and traditions.

What inspires your edits?

Whenever I watch a film or a music video, I take notes in my head and start to imagine an edit.

I don‘t have a team, I create my content most of the time on my phone, that’s all. The time really depends on how motivated I am and also whether I have an idea or not. It can take two hours or 20 minutes.

When did you realise that your popularity is serious?

I realised it when people from the past came out of nowhere and started contacting me. And it’s totally amazing that so many celebrities from the Indian film industry shared my work.

Did you ever foresee celebrity engagement with your page? How does it feel?

Never in my life would I have thought of waking up to see one of my edits being reposted by the one and only Madhuri Ji and more. I’m extremely grateful that one of my favourite people have noticed my work and also reached out to me. It still feels surreal.

Since the popularity soared, have you started planning your content more strategically?

I’m a spontaneous person outside of social media, so I try having a schedule on my account, but it doesn’t work. But you know what I’m fine with that. It is what it is. I try to also connect with my audience as much as possible and let them know about me.

How do you deal with negativity on the handle?

Facing any kind of negative comment towards your work or yourself is part of social media. The best way to deal with that is compassion. If there are people who are taking their time to write hateful things about your work or waste so much energy in dragging you down, they are in an awful place in their life.

How do you plan to take @qualiteaposts forward?

I haven’t really have thought about this question a lot, to be honest, but I try my best to also use my platform to spread awareness about important things and thoughts. Let’s see what the future brings with it.

Hollywood Instagram Celebrities Social Media bollywood Pop Culture
Megha Uppal
Senior Associate Editor
An innate love for travel and food has translated into many a trips since childhood for Megha; it also fed her curiosity to know about local cultures. When not writing, she is on the lookout for three things: A great dark chocolate dessert, a beautiful pool where she can practice her backstroke, and art that she can save up for.
Travel Culture Food Drinks