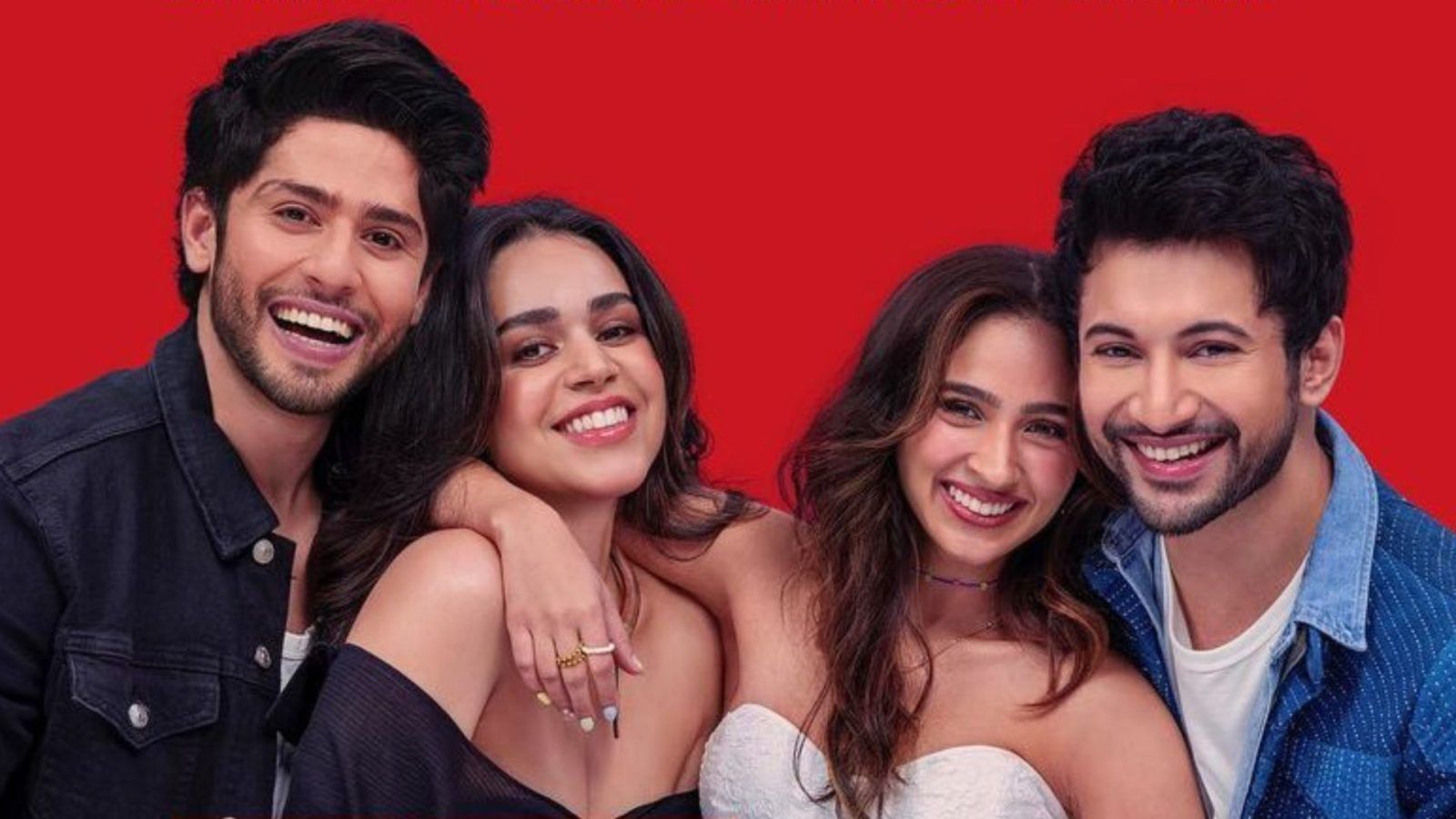 Bringing back the iconic teen-romance of 2003, the sequel to Ishq Vishk promises to give love “an upgrade.” The cast features Pashmina Roshan, Jibraan Khan, Rohit Saraf and Nailaa Grewal and the film is set to release in 2023.

Indian record label and film production company Tips Official recently took to Instagram to announce the second installment of the Shahid Kapoor-Amrita Rao teen-romance hit Ishq Vishk. Shooting is already underway and the sequel is set to release in 2023.

Titled Ishq Vishk Rebound, the film will reportedly take on love the contemporary way, with relatable instances of online dating. Adding to this, Tips Official’s announcement stated, “When relationships can be found on apps, and lost over a chat, you know that love needs an upgrade.”

The sequel marks the debut of Pashmina Roshan, daughter of Rajesh Roshan and cousin to Hrithik Roshan. Reflecting on this, she took to Instagram to say, “It feels like years of austerity and hard work is finally bearing fruits. I’m extremely excited, nervous and elated to bring to you my first experience on screen.”

Sharing the screen with her are Kabhi Khushi Kabhi Gham child actor Jibraan Khan as well as Mismatched star Rohit Saraf and Thappad actress Nailaa Grewal. Each took to social media to express their excitement. “I don’t know whether it’s just me or if everybody feels this- but It’s almost bittersweet when you actualise a dream you’ve seen for years. Today, for me it is. A huge part of who I am, and have been for as long as I can remember being, was this dream,” Saraf stated. “Dreams do come true,” Khan added.

This reboot will release 20 years after the first Ishq Vishq released.

New Releases romantic movies 90s romantic movies Ishq Vishq
Eshita Srinivas
Eshita spends her days writing, rewriting, and thinking of things to write about. In the little time she has left, she daydreams about going on a solo trip across Asia.
Travel Food Drink Entertainment
Sign up for our newsletters to have the latest stories delivered straight to your inbox every week.