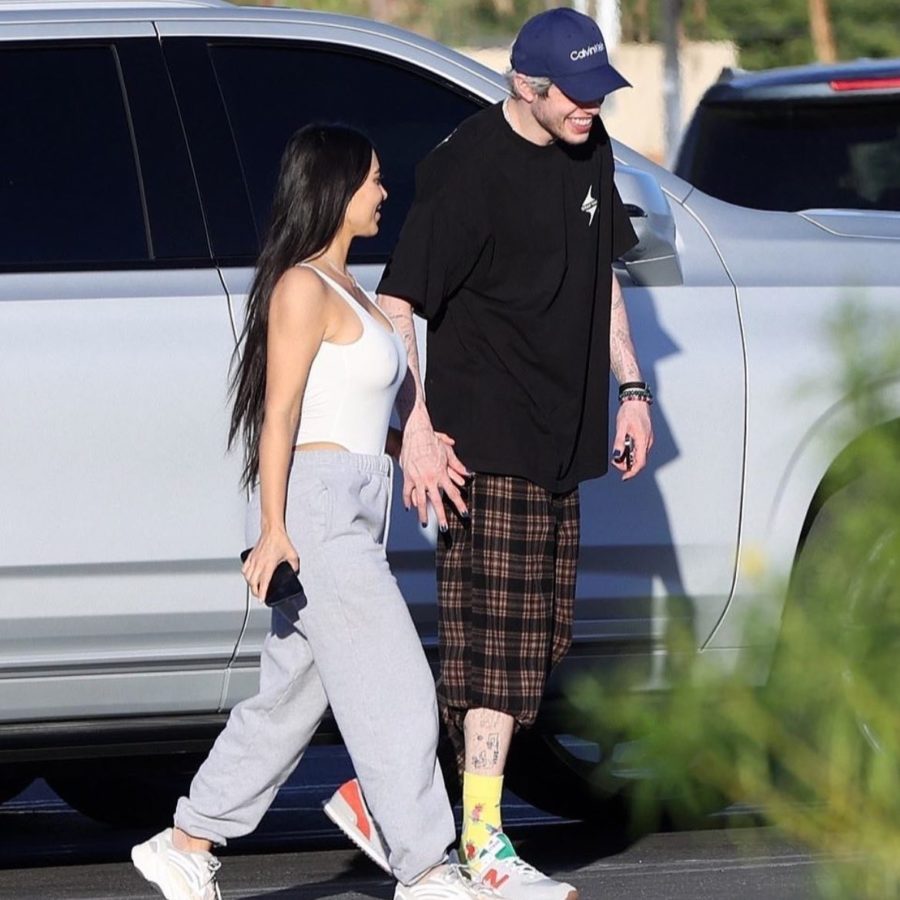 A new romance had been brewing for a while and just went live last week! Popular media personality Kim Kardashian and Saturday Night Live’s Pete Davidson have made it official.

Although it has been a week since it got confirmed, the news is still trying to set in. The speculations arose when the two shared a kiss for a sketch on SNL when Kim K herself hosted it in October 2021 and then reportedly went on several dinner “dates” as well. They had first met in 2019, at Kid Cudi’s birthday, when Kimye was still a thing and had attended the birthday dinner together along with Pete and Timothy Chalamet.

At first, PEOPLE magazine obtained exclusive photos of Kim and Pete holding hands on a ride at Knott’s Scary Farm that they had visited with notable couple Kourtney Kardashian, sister to Kim, and her fiancé Travis Barker. Soon we heard of Kim K flying down to Staten Island, New York, Pete Davidson’s birthplace. They were spotted enjoying a rooftop date at one of Pete’s favourite restaurants and another date in Manhattan. By this time, their fans were in a frenzy.

Before we knew it, there were more than just dates for the two. Pete Davidson celebrated his birthday weekend with Kim K, both posing in matching Pyjamas, alongside Kris Jenner and American rapper Flavour Flav. It seems like there is a lot of hand-holding with this couple as photographed exclusively by Dailymail at Palm Springs, California, doing just that. A few sources confirmed their relationship, stating that they were connecting deeply and enjoying their time together.

Recent updates of the couples involved Pete Davidson sporting a ‘love bite’ on his neck, both documented giggling like teens in Santa Monica after enjoying a date at Giorgio Baldi. We wonder what got SNL’s comedy man and SKIMS mogul in a giggle fit. The two seem to enjoy each other’s company a lot, and we are all in favour of that! Both Kim K and Pete have had their fair share of relationships, and we hope this unexpected yet adorable couple stays strong for long! We cannot wait to see what this relationship entails.