Kiara Advani is set to make people sit up and take notice as the ‘glam girl of Ghaziabad’ in Indoo Ki Jawani. Here’s all you need to know about this movie that hits screens today, and the cast that stars in it. 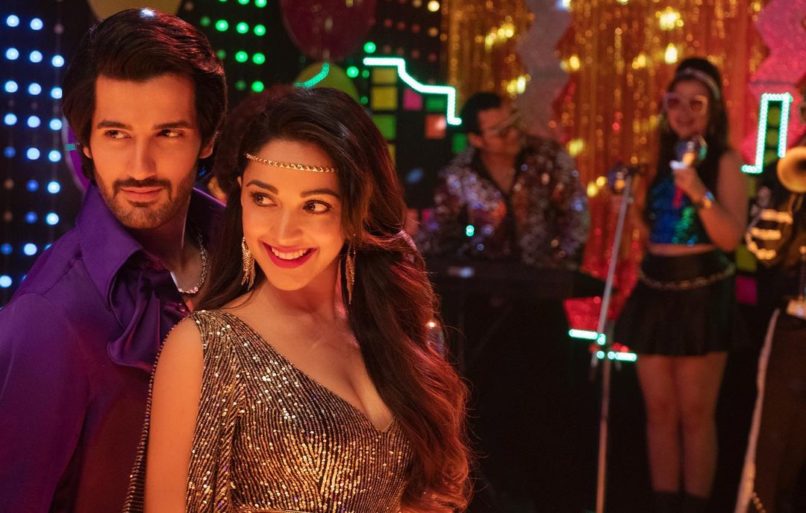 Indoo Ki Jawani is a coming-of-age comedy by director Abir Sengupta, produced by Bhushan Kumar and Nikkhil Advani under their respective banners T-Series and Emmay Entertainment.

The story of Indoo ki Jawani –

The story revolves around Indira Gupta aka Indoo, a vivacious girl from Ghaziabad (think a lowbrow version of Kareena Kapoor Khan’s  Geet from Jab We Met). She is single and ready to mingle but can’t find a decent guy to jump into a commitment with. Like all girls, her love life is being navigated by her best friend, Sonal (comedian Mallika Dua), who prophetic sayings to guide Indoo through singledom.

What follows is a much-expected makeover and inevitable dates via Tinder. That is, of course, until she lands Samar (Aditya Seal), rightly called ‘ the home delivery’. The meet-cute happens but doesn’t last long as Samar is a Pakistani. His identity is enough to push Indoo away because she is prejudiced against Pakistanis, assuming all of them to be terrorists.

The attempt of the movie here may have been to exhibit love beyond borders, but it is yet to be decided whether the makers have done justice to it. We will see Advani showcase her charm and acting chops on the big screen after her Netflix movie Guilty (2019). Recently, we spotted her in Masaba Masaba (2020) and Laxmii (2020). Here, she is in the lead role as Indira Gupta aka Indoo, looking for love to pepper her boring life. Who better to portray the role of a quintessential Delhi girl than Mallika Dua? Since her viral video — Shit People Say: Sarojini Nagar Edition — gained her national fame, Dua has come a long way. We saw her last in Zero (2018) opposite Shah Rukh Khan and Anushka Sharma. She plays the role of Advani’s best friend in the movie. Seal made his debut with Ek Chhotisi Love Story (2002), where he played a teenager opposite Manisha Koirala. He was last seen in Fittrat (2019) and Student of the Year 2 (2019) opposite Tiger Shroff, Tara Sutaria, and Ananya Panday. In the movie, he play’s Indoo’s love interest.