Home > Culture > Entertainment > ‘Looop Lapeta’ trailer on Netflix: Taapsee and Tahir are stuck in a hilarious chain of events 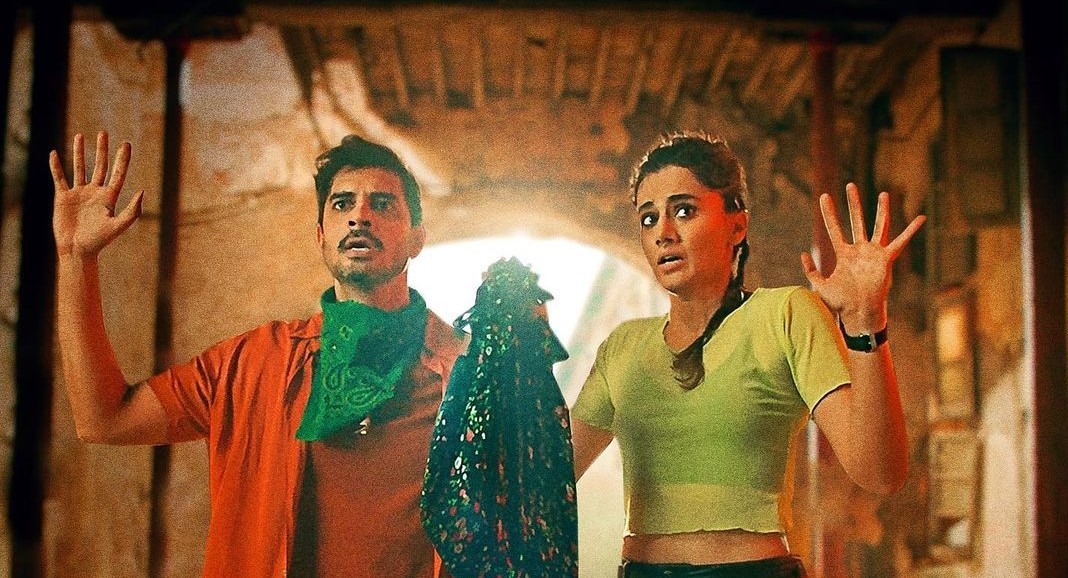 ‘Looop Lapeta’ trailer on Netflix: Taapsee and Tahir are stuck in a hilarious chain of events

Culture
‘Looop Lapeta’ trailer on Netflix: Taapsee and Tahir are stuck in a hilarious chain of events
Share this article
Next article

The trailer of the upcoming film Looop Lapeta was released today, and our first thought is, whacky!

The trailer of Looop Lapeta

Savi and Satya are two people who fall in love, but for completely different reasons. For Satya, it is “love at first fight”, and for Savi, she just wants to fall in love and settle in life. What looks like the start of a beautiful rom-com soon spirals into a chain of events, and Savi goes on to crib about her “useless” boyfriend.

So what exactly happens?

Savi falls in love with a gambler who finds himself in trouble after losing Rs 50 lakhs, which was lent to him by a mafia. So now Savi not only has to save her boyfriend by somehow managing to get back all the money, but she also has the clock ticking on her.

Based on a fun premise, this comedy thriller reminds us of Delhi Belly, and it’s amusingly eccentric chain of events.