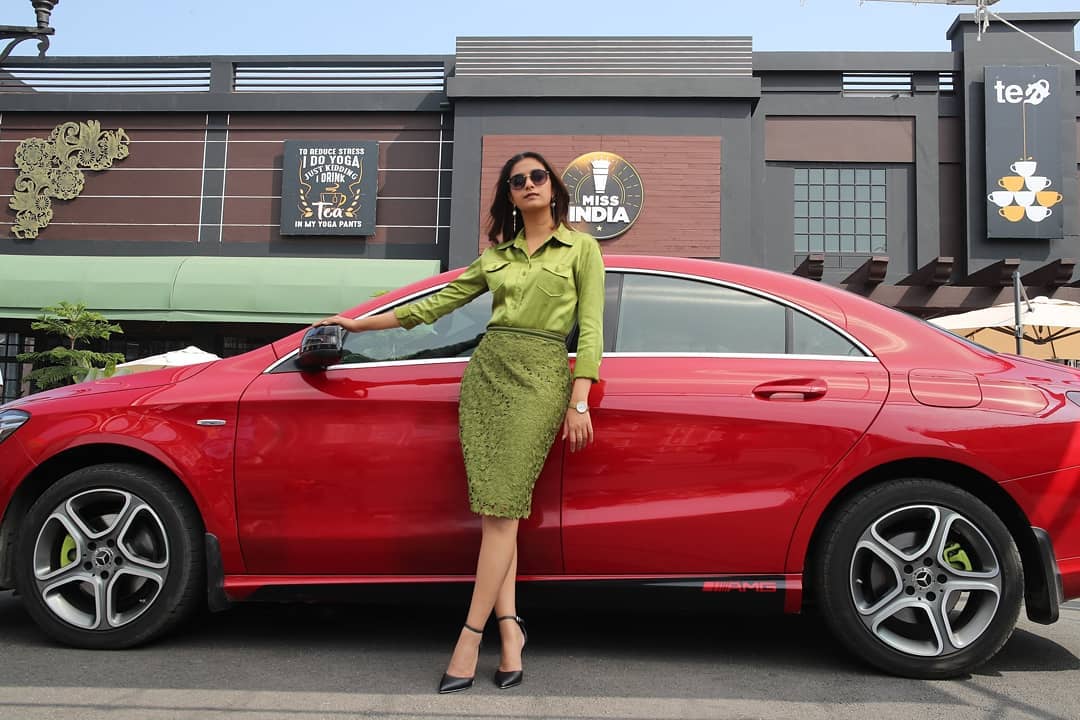 5 reasons to watch Keerthy Suresh’s Telugu movie Miss India on Netflix this week. The story of an underdog who takes on the business world.

Take Oscar-winning director Bong Joon Ho’s advice to heart. The South Korean director of the film ‘Parasite’ won the Oscar for best film and in his acceptance speech, said, “Once you overcome the one-inch-tall barrier of subtitles, you will be introduced to so many more amazing films.” That’s exactly why you need to step into good cinema in 2020 with language no longer being a barrier. This week, as Keerthy Suresh’s new Telugu movie Miss India airs on Netflix, it’s about latching onto the spirit of the movie, the gumption of a determined girl and discovering a stellar cast from the south.

Telugu movies have indeed been experimenting with genres, ideas, and off-beat themes in the last two years. We had beautifully shot films like Goodachari, Penguin, and the latest cinematic feat Gatham, that will blow your mind with stunning shots and quirky storylines. 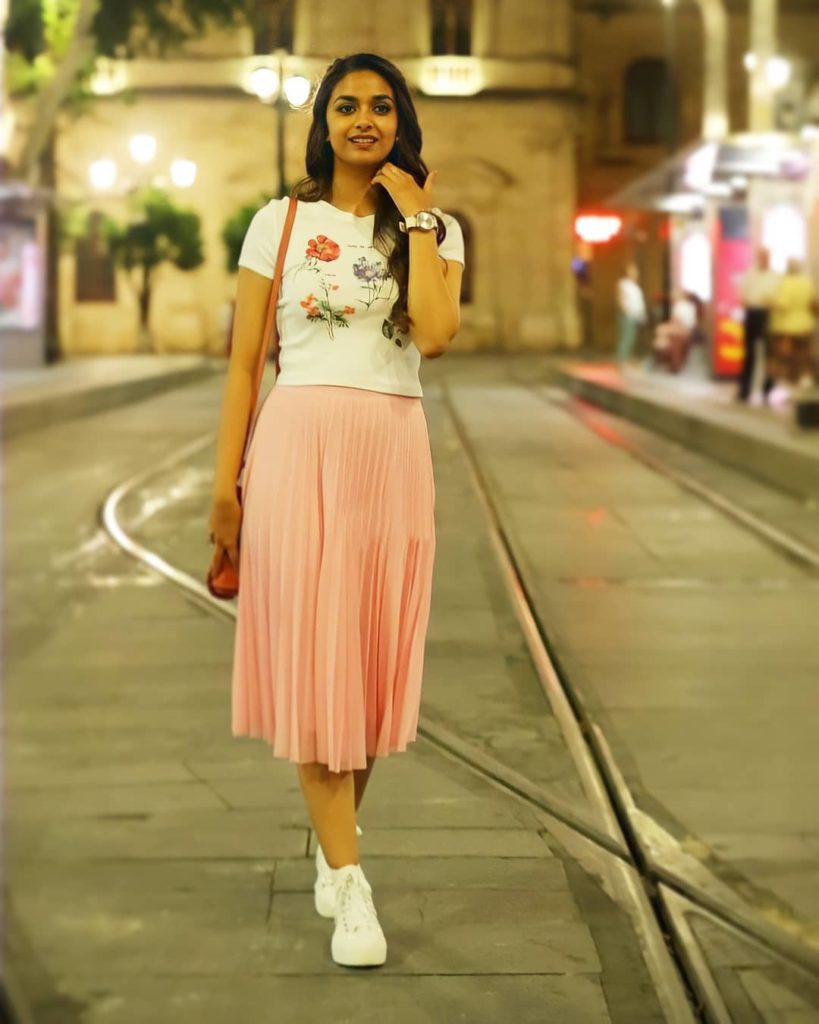 Miss India, directed by debutant Narendra Nath and headlined by Keerthy Suresh, releases on Netflix today and it’s already garnering points for its interesting premise and an insider’s approach to entrepreneurship – the struggles, the win, and the challenges. For those looking to avoid subtitles, dubbed versions in Tamil and Malayalam are available. We picked out five reasons why this should be in your must-watch list this week. 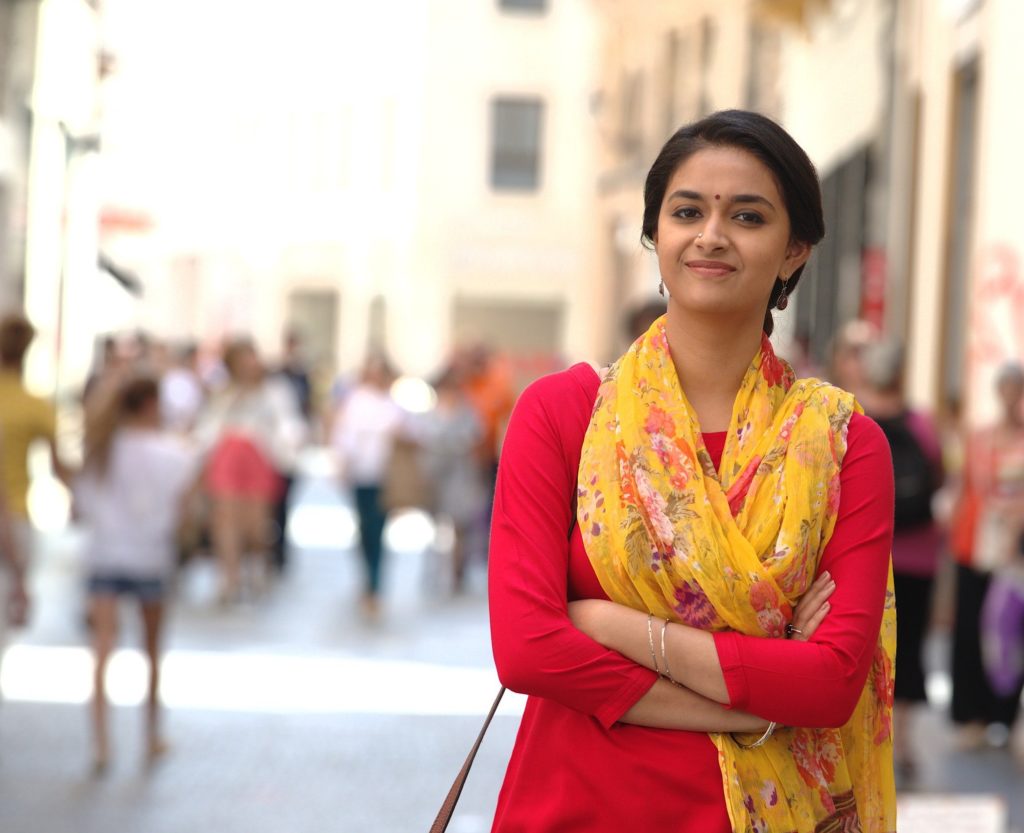 The heart-tugging storyline: The real story of Miss India movie –

A girl from a middle-class family dreams of becoming an entrepreneur and taking her tea brand Miss India across the world. The story of an underdog and a woman at that – what’s not to love and root for. It’s essentially the story of Samyukta who moves to the US to make her chai dreams come true with her grandfather’s advice, played beautifully by Rajendra Prasad. And it’s her journey, making it in business outside your home country. It’s riddled with inspiration and copious amounts of business advice. The anti-hero comes in the form of another Indian origin entrepreneur, masterfully played by Jagapathi Babu, who sells coffee. A typical underdog meets a privileged enemy story at the core and at a time like this where inspiration is at an all-time low, this story might just give you a refresher course on dreams and the power they have on us. 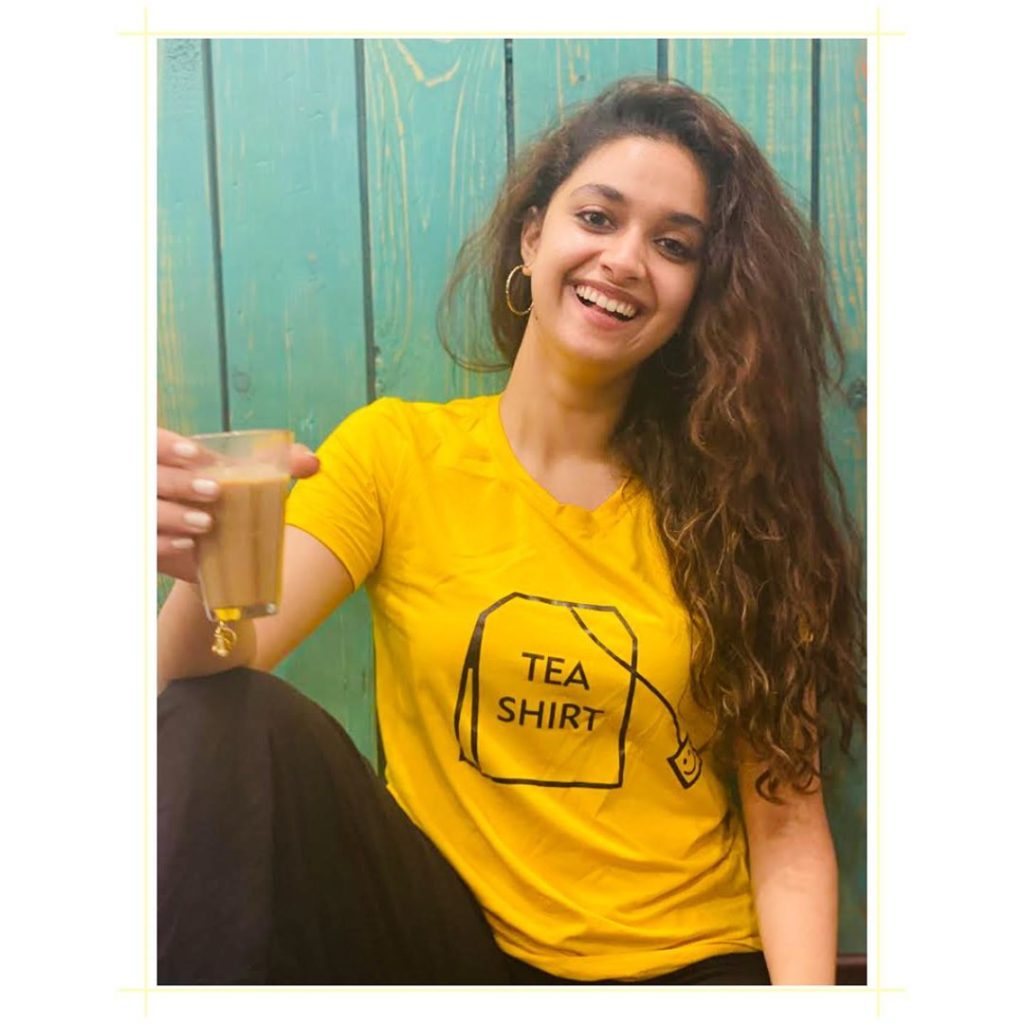 Keerthy Suresh alone has been the driving force of many movies in the last few years. Her 2018 hit Mahanati was heavy, laden with the burden of a biopic but Keerthy carried it on her shoulders beautifully. Miss India was the first film she had signed after Mahanati while looking for light-hearted projects. In her next film Good Luck Sakhi, she plays a shooter. Inline are big projects – a Mahesh Babu starrer Sarkaru Vaari Paata in Telugu, a Rajinikanth starrer Annatthe in Tamil and a Mohanlal starrer Marakkar in Malayalam alongside another Telugu movie Rang De with Nithiin. If her acting chops in Mahanati are anything to go by alongside the slow-motion shots in Miss India, you know it’s a Keerthy movie all along. She’s the heart, soul, and spirit of the movie. 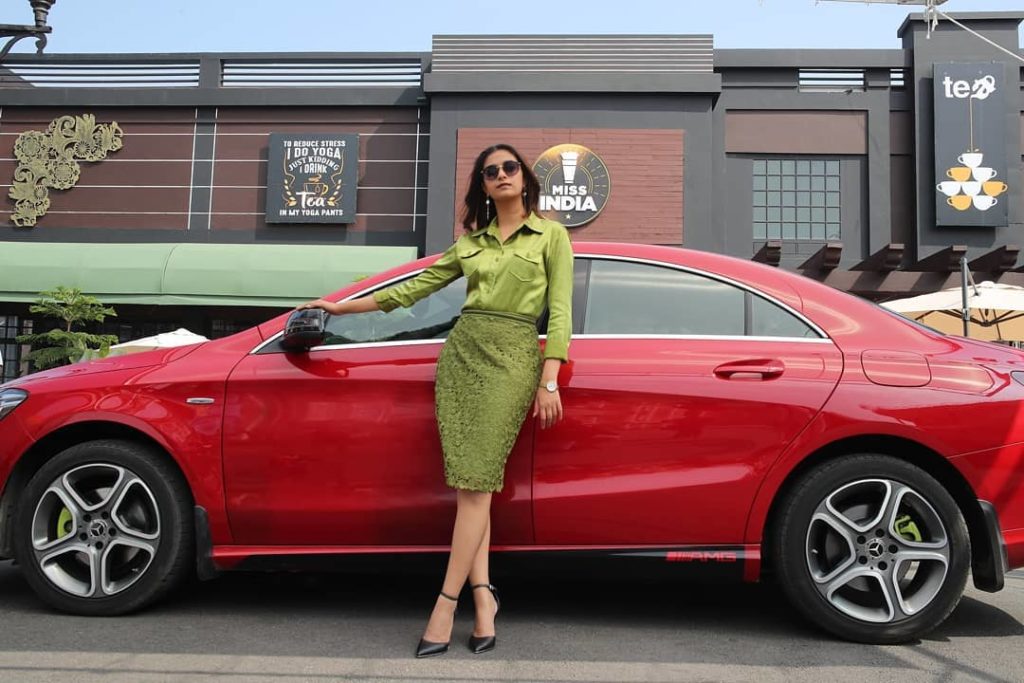 Romance is not what the movie is offering as a takeaway, and that’s a refreshing move by the director. So you see the movie is peppered with character actors who are well-known in the Telugu industry. There’s Rajendra Prasad, a veteran actor playing her mentor, Jagapathi Babu, another actor with great acting chops as the villain and her challenger. Naresh and Nadhiya as her mother and father who reluctantly support her dreams with a dose of reality whenever it’s needed. 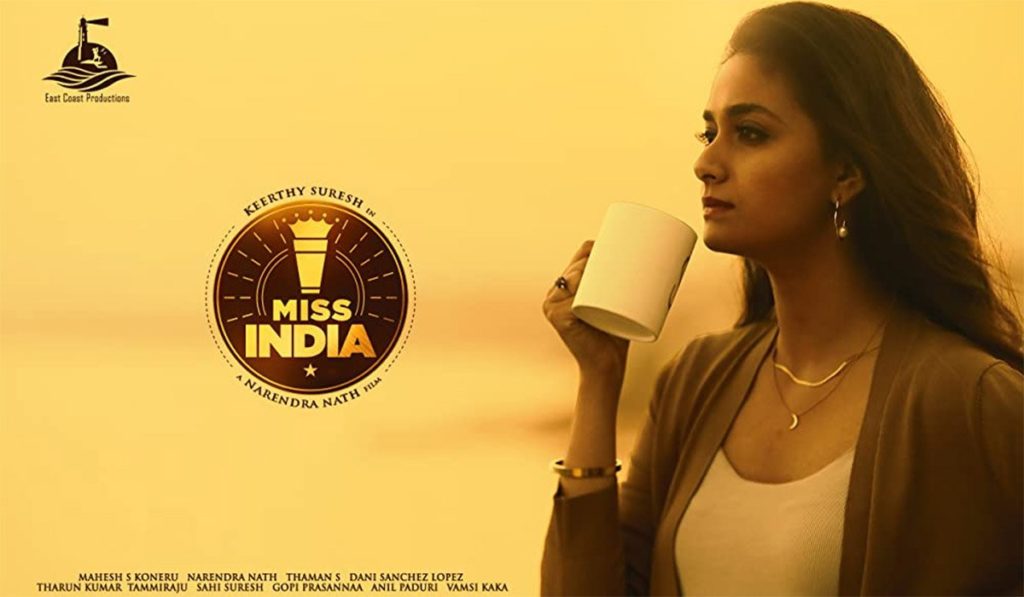 The music is composed by S. Thaman released on Aditya Music label. And as you already know, Thaman is known for his thumping, refreshing take on music and his tunes are memorable. The songs have hummable value, especially the Kotthaga Kotthaga sung by Shreya Ghoshal and Lacha Gummadi, which was sung by Srivardhini. It’s a Thaman musical so expect music to fill in the gaps and settle into the storytelling beautifully. 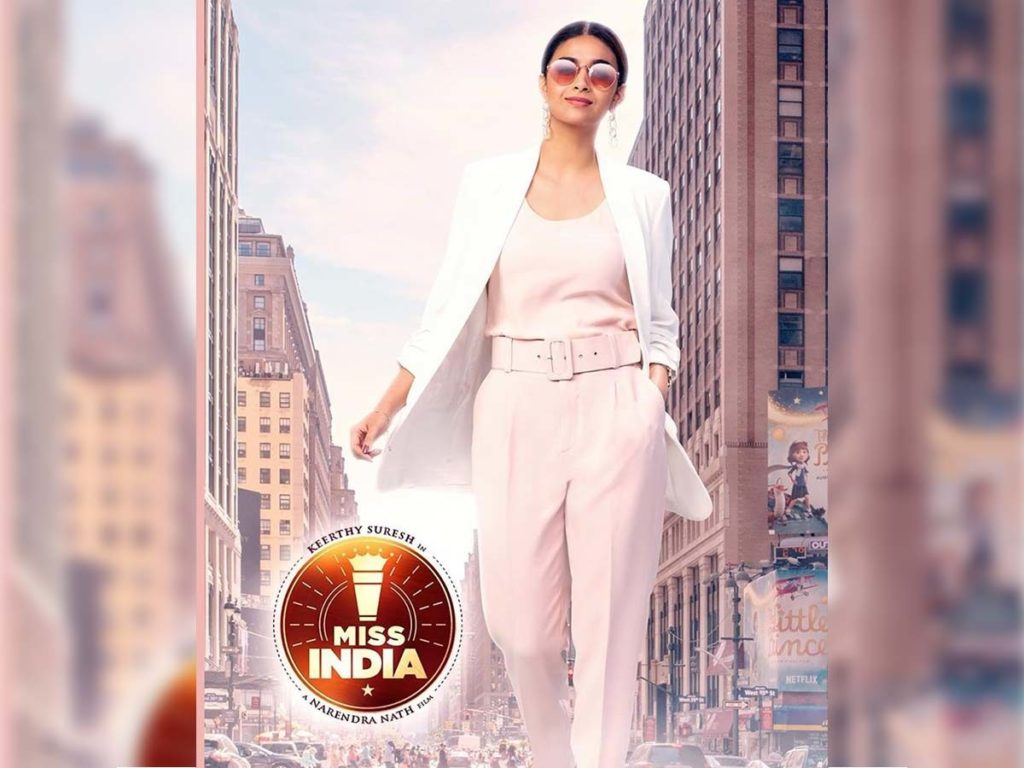 The dialogues we need to hear

The whole movie is peppered with inspiring lines and massy punchlines. But at the heart of it is the ambition of a girl. There’s advice her dad gives her that resonates with the spirit of our times. For instance, her father’s advise at age 8, on how good grades in school mean nothing unless she has a goal in life. Or Keerthy’s character replying to her mom who admonishes her with ‘You won’t find a better boy than this’ with ‘He won’t find a better girl than me’. Go for the story but cheer for the dialogues.