10 most hyped Indian movies of 2022 we are waiting for

Bollywood edition: The most hyped Indian movies of 2022

If you remember the magnum opus that Bahubali was, RRR from director S. S. Rajamouli is another film to look forward to. This Telugu film stars the biggest names of the Indian film industry — Junior NTR, Ram Charan, Ajay Devgn and Alia Bhatt. The story is about two Indian revolutionaries who fought against the British Raj and the Nizam of Hyderabad. After Bahubali’s box-office success, RRR is one of the most anticipated movies of 2022.

This is another much-awaited film from the man who seems to get everything right, Akshay Kumar. The film is based on Rajput king Prithviraj Chauhan and marks the Bollywood debut of Manushi Chhillar, who won the Miss World pageant in 2017. Also starring Sony Sood, Sanjay Dutt and Ashutosh Rana, this film was postponed because of the pandemic. Period dramas in India often hit the right point and go on to become huge box-office successes. Needless to say, there is a lot of hype around Prithviraj to be the next big period drama.

Badhaai Ho was released in 2018 and was garnered good reviews because of its unconventional storyline and star cast. If that was anything to go by, Badhaai Do, which is the sequel of the film, is going to be a blast. The new Indian movie changed its original star cast and now stars Rajkummar Rao and Bhumi Pednekar in the lead roles. While not much is known about the story of the film, cinephiles surely are waiting to see a movie where the hero is its story.

Ever since the teaser of Sanjay Leela Bhansali’s Gangubai Kathiawadi dropped in, people have been waiting for this drama. This Alia Bhatt-starrer is a biographical drama based on the life of a young girl and her journey to become a madame in the famous red-light area called Kamathipura. While Alia Bhatt has never failed to showcase her acting finesse, this time, she seems to have shattered all barriers with her power-packed performance. Is there anything this girl cannot do?

Returning to the big screen after a brief pause again is Ranveer Singh with the upcoming film Jayeshbhai Jordaar. The story is about a Gujarati man who believes that men and women should have equal rights in society. It would be interesting to see him win hearts all over again in one of the most highly hyped movies of 2022.

This is a sequel to the iconic horror-comedy of 2007, Bhool Bhulaiyaa. Starring Kartik Aaryan, Kiara Advani and Tabu in lead roles, the film has Rajpal Yadav from the original cast. Will the sequel be able to live up to the high hopes that fans have from it? We will find out. Kartik Aaryan shared a short teaser on Instagram, and from what it looks like, it delivers the chills.

Can we really have an entire year go by without an Ayushmann Khurrana movie? Anek is a socio-political thriller, directed by Anubhav Sinha. Ever since Ayushmann shared his look for the film on his Instagram handle, the interest and hype around Anek has been buzzing. Ayushmann is not new to this genre, so it is even more compelling to see if Anek lives up to being one of the biggest hits of 2022. 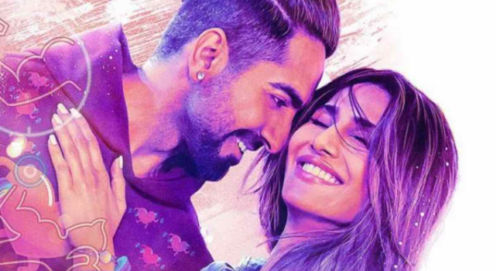 We know for sure that it is going to be an entertaining watch. Firstly, it is an adaptation of the 1994 film Forrest Gump starring Tom Hanks. Secondly, we will get to see Aamir Khan on screen after a long time. And thirdly, it brings back the much-loved pairing of Aamir and Kareena Kapoor after a long time as well. It also marks the Hindi film debut of Naga Chaitanya. All in all, this movie already looks like it has got all the ingredients for a box office hit.

Shamshera is for all the Ranbir Kapoor fans who have been eagerly waiting to see him again in a movie. This is a period drama set in the 1800s, produced by Yash Raj Films and stars Ranbir Kapoor and Vaani Kapoor as protagonists. The film is based on a tribe of dacoits and outcasts who put up a fight for their rights in British India. This is another of the most hyped Indian movies of 2022 that had to bear the brunt of the pandemic in India.

Akshay Kumar is back with yet another movie in his repertoire of nationalist films. Directed by Abhishek Sharma, the film also stars Jacqueline Fernandez and Nushrratt Bharuccha in pivotal roles. Akshay Kumar is famous for being unstoppable with his back-to-back releases each year, where he works tirelessly on each movie and delivers hit after hit. Ram Setu already looks like it’s going to be a massive hit, based on its name.

‘Babylon’: All we know about Margot Robbie and Brad Pitt’s film set in ’20s Hollywood