Home > Culture > Entertainment > The most popular hip hop artists to know about, from Drake to Divine 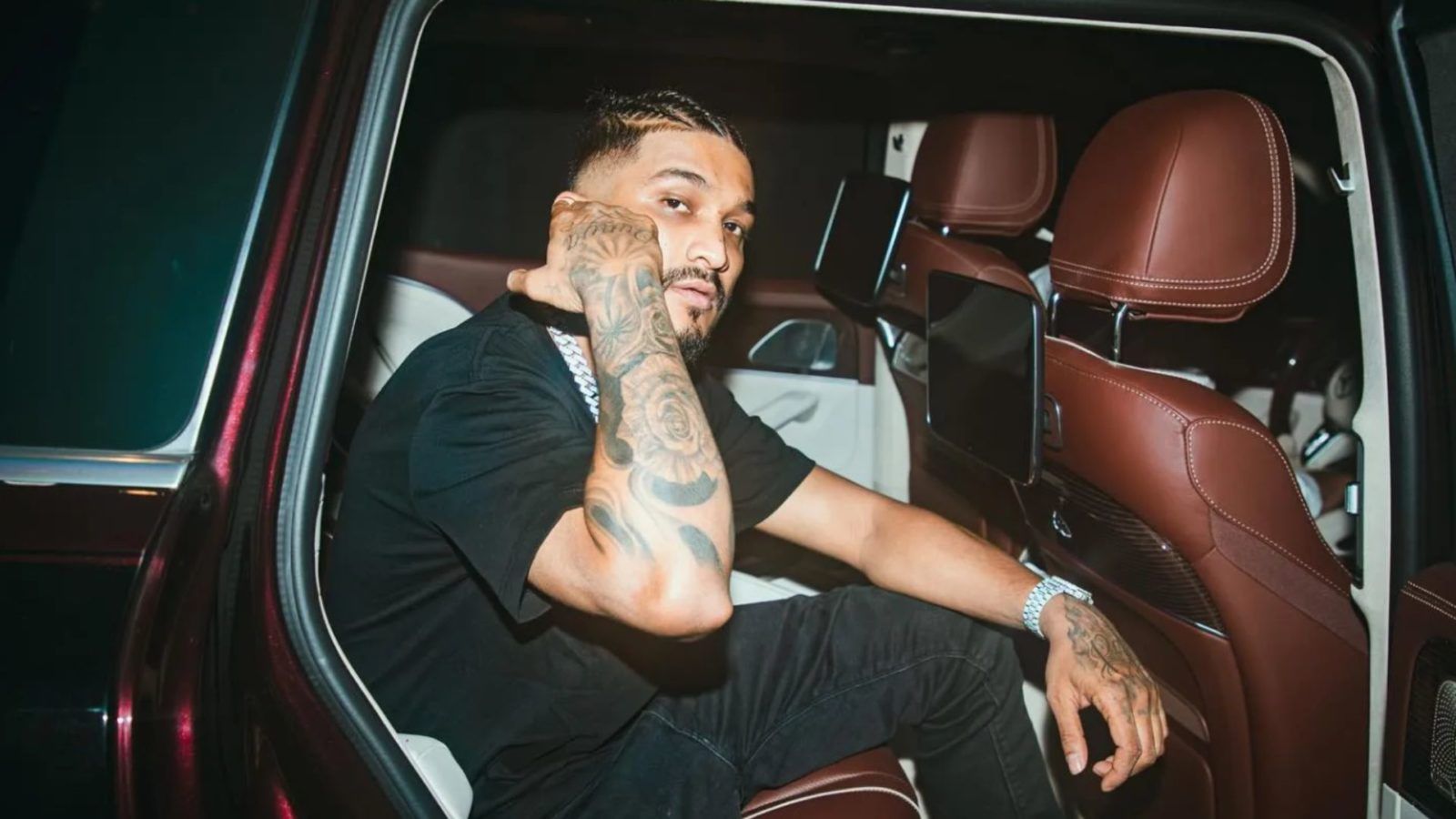 The most popular hip hop artists to know about, from Drake to Divine

Culture
The most popular hip hop artists to know about, from Drake to Divine
Share this article
Next article

Characterised by strong, rhythmic beats, rhyming lines and a rapping vocal track, hip hop is a music genre that originated in New York City in the 1970s. What began as a cultural exchange among the African-American, Latino and Caribbean youth has now grown exponentially and is one of the most popular music styles around the world, rendered in numerous regional languages. Here are some of the renowned new-age hip hop artists, making waves in the music industry with their unique personalities and talent.

With numerous No.1 albums, surpassing the record sales of iconic music industry veterans, including Eminem, Tupac and Jay-Z, Canadian rapper Drake’s journey to stardom started when he was just 14 years old. The unlikely rapper landed the role of Jimmy Brooks, a popular eighth-grader and basketball star, in the Canadian teenage drama Degrassi in 2001 and starred in the show for eight seasons before he quit in 2008.

While trying to stay true to his musical passion, he began juggling the two careers and released his first-ever mixtape, Room for Improvement, in 2006, as well as his second mixtape, Comeback Season, in 2007.

After foregoing his promising acting career to pursue music full-time, Drake released his third mixtape to critical acclaim, So Far Gone, in 2009. Its lead single “Best I Ever Had” gained immense traction and was nominated for two Grammy Awards — Best Rap Solo Performance and Best Rap Song. Kicking off the singer’s long-standing reign on musical charts, the song also grabbed the number two spot on the Billboard Hot 100 that year.

With several major music labels vying to get him on board, rapper Lil Wayne finally signed Drake for his new label, Young Money, in 2009. Following this, he collaborated with some of the industry’s biggest names, including Kanye West and Eminem.

His albums like Thank Me Later, Take Care and If You’re Reading This It’s Too Late, sold like hot cakes, and garnered billions of views and record-breaking Spotify streams, making him one of the most successful musical stars of the generation.

He was honoured as Billboard’s Artist of the Decade at the 2021 Billboard Music Awards (BBMAs), owing to his 10-year-long dominance on the charts. He has also won four Grammys over the years.

A famous rapper from Seoul, South Korea, G-Dragon worked as a trainee for six years for the South Korean record label company, YG Entertainment, before his loyalties as an artist were captured by the label. He soon became part of the K-pop group Big Bang formed by the label, with other artists like T.O.P, Taeyang, Daesung and Seungri. Before releasing his own EP, Heartbreaker, in 2009, he served as a producer, composer and writer for numerous songs for the group.

After his debut album’s success, for which he won the Mnet Asian Music Award for Album of the Year, he reunited with former Big Bang member T.O.P for the album GD & TOP in 2010. This was followed by a solo EP titled One of a Kind.

Some of his other chart-topping tracks include “That XX”, “Crooked” and “One of a Kind.”

G-Dragon joined the mandatory military service in South Korea in 2018 and was officially discharged in late 2019. In April 2022, the artist took the K-pop world by storm by making a comeback with Big Bang. The group released their first song in four years, “Still Life”, to the utmost joy of their fans.

One of the youngest hip hop artists in the music industry, The Kid Laroi catapulted to global fame with his first solo mixtape F*ck Love, a year after signing with his record producers, Benny Blanco, Bobby Raps, Taz Taylor and Cashmere Cat. The Australian rapper tried his luck in the music scene in 2015 by performing at local shows with senior rapper DJ Marcus.

His debut mixtape grabbed the No. 1 position on the US Billboard 200 as well as Australia’s ARIA charts. In 2021, he collaborated with pop icon Justin Bieber for the hit single “Stay,” which logged a record-setting stay at the summit of the Billboard Hot 100 within no time. He won the Breakthrough Songwriter of the Year award at the Australasian Performing Right Association (APRA) awards the same year.

A true-blue Mumbaikar (Mumbai resident) and hip hop pioneer, Vivian Fernandes, better known by his stage name Divine, forayed into the world of underground rapping in 2011. Divine rapped about his personal experiences and adversities faced while growing up in the slums of Mumbai, longing to be the voice of the marginalised community from his gully. The artist rose to fame with his song “Yeh Mera Bombay” and landed a contract with industry giant, Sony Music India. The song bagged the Best Video of the Year award by Rolling Stone India the same year.

Often credited for placing Mumbai on the global map when it comes to hip hop, Divine achieved commercial success through his breakout single “Mere Gully Main,” featuring fellow-rapper Naezy in 2015. The song captured the attention of many Bollywood celebrities, too.

The 2019 film Bollywood blockbuster Gully Boy, directed by Zoya Akhtar, with Ranveer Singh and Alia Bhatt in lead roles, was based on the lives of Divine and Naezy. Divine worked with the film’s writing team, penned some of the songs and also recorded tracks for the film. Additionally, he helped Singh develop his character and taught him rap flows for that authentic touch.

Montero Lamar Hill, popularly known as Lil Nas X, kicked off his career with his first rap song “Old Town Road” in 2018. The song appealed to the TikTok audience and subsequently went viral. The track claimed its spot on the Billboard 100 and retained its position for 17 weeks, after being re-released by Columbia Records in 2019. The song was nominated for multiple awards and won some, including two Grammys, four Billboard Music Awards and two BET Hip Hop Awards. Nas X even collaborated with American singer-songwriter Billy Ray Cyrus for the song’s remix.

The rapper’s highly awaited eponymous debut studio album Montero, released in 2021, was a phenomenal success and topped the Billboard Charts yet again. He secured the No. 1 spot on Billboard Hot 100 for the second time in his career with the lead single “Montero (Call Me By Your Name).” Some of his other popular singles from the album include “Industry Baby,” “That’s What I Want” and “Dead Right Now.”

Lee Chae-rin, aka CL, is a South Korean singer, songwriter and rapper, who rose to global stardom as the lead singer of K-pop girl group 2NE1, in 2009.

Known for her experimental music style and impeccable fashion sense, CL has played an instrumental role in spreading the Korean music wave internationally. She debuted with one of South Korea’s biggest entertainment agencies, YG Entertainment, when she was just 17. The talented young star steadily gained recognition and success working with her three band mates, before she went solo in 2014. She collaborated with American DJ Diplo on a single named “Doctor Pepper” among other projects.

“The Baddest Female” marked her debut as a solo artist in 2013, following the release of the solo track “MTBD” in 2014, which was included in 2NE1’s final studio album Crush.

CL’s standalone singles “Hello Bitches” (2015) and “Lifted” (2016) gave her a place on the Billboard Hot 100, making her the first female Korean solo artist to do so. Three years after 2NE1 disbanded, she parted ways with YG in 2019 and released new music with her solo six-track EP In the Name of Love. Her debut studio album, Alpha, was released in October 2021.

Jeffery Lamar Williams, professionally known as Young Thug, was named Most Influential Rapper of the 21st Century in 2019, by BBC’s Jeff Weis. He started rapping in the early 2010s and released a few mixtapes before debuting his first single “Stoner” in 2013.

He gained more recognition when the smashing hit track “Havana,” with Cuban pop star Camilla Cabelo, was dropped in 2017. The song hit the No. 1 position on Billboard 100. His first studio album, So Much Fun, which included the popular singles “The London” and “Hot,” topped the Billboard 200 in the US, in 2019.

After the astounding success of his Grammy-winning single “This Is America” the same year, he released two chart-topping projects — compilation album Slime Language 2 and his second studio album Punk in 2021 — cementing his place as one of the most influential new-age rappers in the world.

Krishna Kaul, aka Kr$na, started rapping as a 14-year-old teenager in London and carved a place for himself in the Indian hip hop scene in the early 2000s.

Kaul used the stage name Prozpekt back then and captured the interest of Indian audiences with his anti-establishment and political commentary-style lyrics. With songs like “Kaisa Mera Desh” and “The Lokpal Freestyle,” Kaul established himself as an independent freestyle rapper and garnered millions of views on his MySpace videos.

In 2013, Kaul changed his stage name from Prozpekt to Kr$na after signing a contract with record label Universal Records. A single named “Last Night” from his debut album Sellout bagged the fifth spot on the Vh1 Music Charts in India, giving him mainstream recognition. He also appeared (cameo) in Gully Boy, in which he played himself.

Featuring smooth rap flows, nimble wordplay, and endless ambition, Jack Harlow raps with old-school passion and unwavering individuality. Born and raised in Louisville, Kentucky, Jack Harlow got hooked on the art form, after being introduced to legendary acts such as A Tribe Called Quest by his mother in middle school. He even recorded and sold $2 mixtapes to his classmates, gaining local attention for his talent as a teenager. The rapper landed meetings with industry giants like Scooter Braun with big dreams. As fate would have it, DJ Drama signed him for his Generation Now label, through Atlantic Records in 2018.

Harlow’s celebrity status reached new heights, with millions following his moves. He first went viral on TikTok with his single “What’s Poppin” in 2020. Subsequent tracks like “First Class” and “Industry Baby,” which was his Grammy-nominated hit with Lil Nas X, marked his place as a pop culture mainstay. He released his highly anticipated 15-track album Come Home the Kids Miss You in May 2022, featuring catchy beats and moody lyrics.

Owing to her larger-than-life persona and immense talent, Megan creates unique rap songs oozing new-age swag and Southern bravado. Megan Thee Stallion became popular with her 2016 “The Houston Cypher” video, for being the only woman rapper starring in the video. She released several mixtapes and singles before dropping her debut studio album Good News in late 2020.

She made an appearance on the Billboard chart for the very first time in 2018 with her single “Big Ole Freak”, which also became her first platinum-certified record. Megan has also won the prestigious Grammy award for the Beyoncé-remix version of her single “Savage” in the Best Rap Song category. With BET Award for Viewer’s Choice, MTV Video Music Award, BET Hip Hop Awards, and many more accolades over the years, Megan Thee Stallion has carved a niche for herself as an elusive female rapper.

Music Hip Hop Drake musical artists Singers Rappers Hip hop artists
Eesha Kulkarni
Eesha is a passionate digital nomad with a master’s degree in architecture and industrial design from Politecnico di Milano, Italy. A jack of all trades who enjoys writing art, architecture, travel and lifestyle features, she is found petting dogs, taking walks in nature and sniffing books in her free time.
Entertainment Culture Travel Lifestyle
Sign up for our newsletters to have the latest stories delivered straight to your inbox every week.