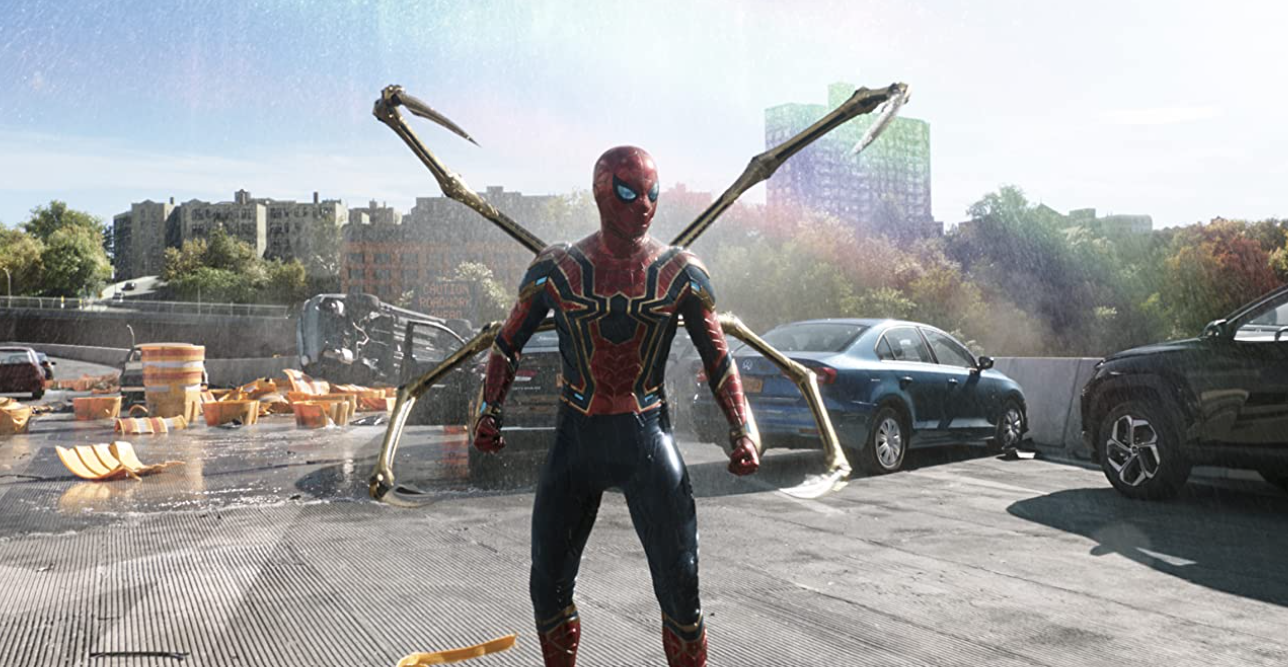 Culture
‘Sardar Udham’ to ‘Red Notice’: 12 most popular movies of 2021, rated on IMDb
Share this article
Next article

The year 2021 had an amazing line-up of film releases, which left us spoilt for choice. While some had us laughing, others stunned us with the action sequences. With films releasing on OTT platforms as well as theatres, there was enough entertainment content to keep us busy the whole year.

From Spider-Man: No Way Home to Belfast, there were many releases this year that caught the attention of film buffs this year. So, get the popcorn and snack ready as we give you the list of some of the best and popular movies of 2021.

12 popular movies of 2021 to add to your watchlist

The movie has an IMDb rating of 6.4. Watch it here.

Helmed by Jon Watts, this is the third instalment of the Tom Holland-starrer Spider-Man series. Spider-Man: No Way Home follows the superhero’s journey after his true identity is revealed. Peter Parker aka Spider-Man (Tom Holland) enlists the help of Dr Strange (Benedict Cumberbatch), which only complicates the situation.

Apart from Holland and Cumberbatch, the film also stars Zendaya as MJ, Marisa Tomei as Aunt May and Jacob Batalon as Ned. This movie also brings back some of the villains from other Spider-Man versions. Jamie Foxx is back as Electro, Willem Dafoe as The Green Goblin and Alfred Molina as Dr. Otto Octavius.

The Sony and Marvel venture shattered box office records by raking in approximately USD 600 million worldwide in its opening weekend. With the third-biggest global opening, Spider-Man: No Way Home is only behind Avengers: Endgame (2019) and Avengers: Infinity War (2018).

Shang-Chi and The Legend of The Ten Rings

Marvel Studios won audiences’ hearts with its superhero of Asian descent, played by Simu Liu. Directed by Destin Daniel Cretton, the film was another major step — after Black Panther (2018) — by the renowned studio towards inclusivity and diverse representation.

The story focuses on its protagonist Shaun aka Shang-Chi as his past threatens to ruin his life in San Francisco. In a twist of events, he comes face-to-face with his father (Tony Leung) and unwillingly gets involved with Ten Rings — a covert criminal organisation run by his father.

Rated 7.5 on IMDb; watch the film on Disney+hotstar.

The Tamil legal-drama is the highest rated film on IMDb — with a score of 9.4. It is easily one of the most popular south Indian films of 2021.

Directed by T. J. Gnanavel, the plot delves into the caste divide prevalent in our society through Sengeni (Lijomol Jose) — a pregnant woman belonging to a tribal community. She is searching for her husband, who went missing while in police custody. As she fights her battles, advocate Chandru (Suriya) decides to help in finding her husband and fight for justice.

Dune is a two-part adaptation of Frank Herbert’s novel of the same name. The sci-fi film, rated 8.2 on IMDb, is directed by Denis Villeneuve and stars Timothée Chalamet, Rebecca Ferguson, Oscar Isaac, Josh Brolin and Zendaya, among others.

The film follows the journey of Paul Atreides (Timothée Chalamet), the heir of House Atreides, who is given the responsibility to protect the most valuable resource in the galaxy.

Watch the trailer here. Production for the second instalment of the film will begin in July 2022.

The biographical-drama, directed by Pablo Larraín, depicts the events during the Christmas holidays when Princess Diana decided to end her marriage to Prince Charles. Following the massive success of Netflix series The Crown (2016- ), which also follows the British monarchy and sheds light on the life of Princess Diana in its later seasons, Spencer lives up to the expectations with Kristen Stewart nailing her performance as the late princess.

The much-acclaimed film is rated 6.9 on IMDb. Watch the trailer here.

Starring Benedict Cumberbatch, Kirsten Dunst, Jesse Plemons and Kodi Smit-McPhee in pivotal roles — the plot revolves around rancher Phil Burbank (Cumberbatch) who “wages a war of intimidation on his brother’s new wife and her teen son — until long-hidden secrets come to light”. The film is adapted from Thomas Savage’s 1967 novel of the same name.

Watch this Western-drama film on Netflix.

Undoubtedly one of the most popular movies of 2021, No Time To Die was Daniel Craig’s last stint as James Bond. Appreciated by both critics and audiences worldwide, the movie has a 7.4 rating on IMDb.

In the latest instalment, while Bond is living a tranquil life in Jamaica, he is visited by an old CIA friend asking for help in rescuing a kidnapped scientist. During the mission, Bond comes across a mysterious villain who has a new technology that can be extremely dangerous.

The film has received nominations in seven categories for the 2022 Golden Globes — Best Supporting Actor in a Motion Picture for Dornan and Best Motion Picture Director for Branagh — and boasts of a 7.5 score on IMDb.

Shoojit Sircar’s ambitious project, which was meant to star late actor Irrfan, was considered as India’s official entry to the 2022 Oscars. However, it didn’t make the cut. Nevertheless, the film garnered positive reviews and strengthened Vicky Kaushal’s repertoire as an actor.

The synopsis on Amazon Prime Video reads, “A young Sardar Udham (Vicky Kaushal) was left deeply scarred by the Jallianwala Bagh massacre. He escaped into the mountains of Afghanistan, reaching London in 1933-34. There, Udham spent the most decisive six years of his life, re-igniting the revolution. On 13 March 1940, 21 years since carrying the unhealed wound, Udham Singh assassinated Michael O’Dwyer (Shaun Scott), the man at the helm of affairs in Punjab, April 1919.”

With an 8.8 rating on IMDb, the film is one of the most popular Bollywood movies of 2021 and can be watched here.

This Ridley Scott-directorial is based on Sara Gay Forden’s book The House of Gucci: A Sensational Story of Murder, Madness, Glamour, and Greed, which portrays the shocking true story of the family behind the Italian fashion house.

One of the most popular movies of 2021, the film follows Patrizia Reggiani and Maurizio Gucci as their romance evolves into a struggle for control over the fashion empire, marking the onset of betrayal, revenge and eventually murder.

While Adam Driver plays the role of Maurizio, the former head of the luxury fashion house, Lady Gaga will be seen as his ex-wife Patrizia, who was tried and convicted for playing a crucial role in her ex-husband’s assassination. The film also stars Al Pacino, Jared Leto, Salma Hayek and Jeremy Irons.

The movie stirred a controversy, with the Gucci family expressing their concerns regarding their portrayal in the House of Gucci. “We are truly disappointed. I speak on behalf of the family. They are stealing the identity of our family to make a profit, to increase the income of the Hollywood system,” Patrizia Gucci, second cousin of the late Maurizio Gucci, told The Associated Press.

Rated 6.9 on IMDb, you can watch the trailer here.

The autobiographical musical-drama film has been directed by Lin-Manuel Miranda and follows a theatre composer who is about to turn 30. How he navigates through the crests and troughs in his life to compose his breakthrough work forms the crux of this story.

The film is based on the stage musical of the same name by playwright Jonathan Larson and stars Andrew Garfield, Alexandra Shipp, Robin de Jesus and Vanessa Hudgens in pivotal roles.

With an IMDb rating of 7.6, the film was received well and is available on Netflix.

James Bond Vicky Kaushal Netflix new movies 2021 Red Notice Spider-Man
Priyanka Lamba
It was while pursuing her degree in computer applications, when Priyanka decided to set her sights on content writing (talk about realisation and serendipity). In her spare time, she is either found immersed in books or movies.
Food Entertainment Culture Travel