Stepping into the ring with his much-anticipated Amazon Prime release today is Farhan Akhtar. Akhtar’s injected blood and sweat into the film, Toofan, directed by Rakeysh Omprakash Mehra, the same man who landed him his first sports drama, Bhaag Milkha Bhaag. 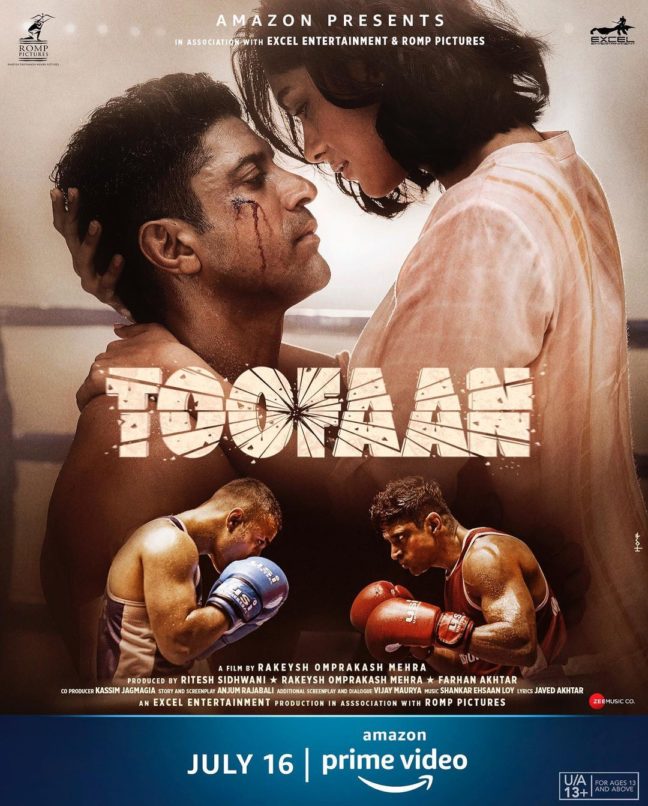 Farhan Akhtar needs no introduction to the sports drama genre, something Bollywood rarely gets right. After his phenomenal performance in the 2008 biopic, Bhaag Milkha Bhaag, we see him as Aziz Ali (Ajju Bhai) in Toofan. While the trailer brings back memories of Farhan battling ropes and flexing six-pack abs with an assertive temperament, the movie delivers an endorphin-packed performance with sheer emotional depth. And with real-life cues added to the story to make it look closer to non-fiction, we are greeted with Rakeysh Omprakash Mehra’s classic narrative structure of sticking to reality as much as possible.

In an almost three-hour-long movie, we are introduced to a character whose growth is an instinctual rollercoaster, but at the crux of it is a boxer mentally fitter than his washboard abs.

ALSO READ: Everything to know about The Last Hour series on Amazon Prime

Aziz Ali is a streetfighter living in Dongri, Mumbai. He works as an extortionist for Mahesh (played by Vijay Raaz), a local gangster. While Aziz is a formal name given to him for his character development, Farhan is Ajju Bhai when he is not beating the bejesus out of men, buying shoes and clothes for orphans in his building. It bargains him not only goodwill but also a chance to ditch his squalor lifestyle. 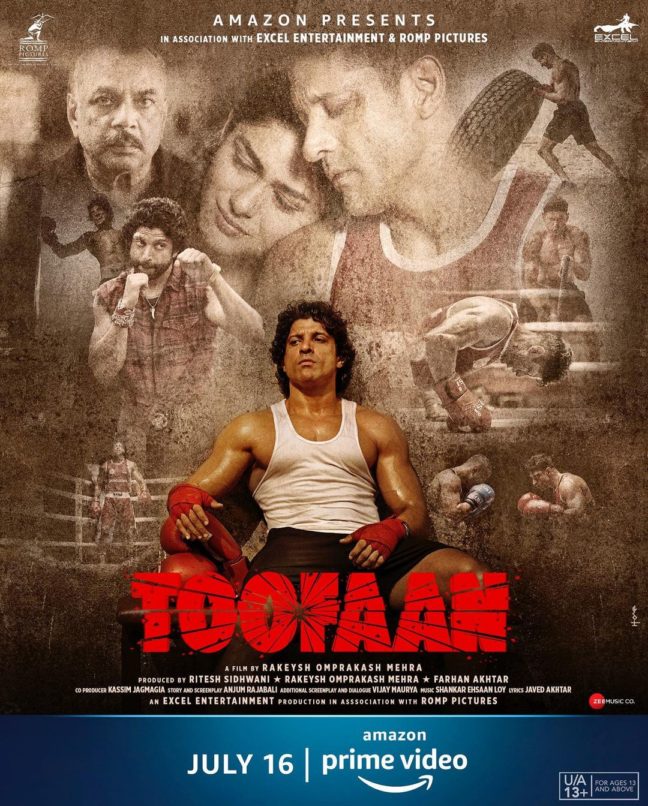 Spotted by one of his homies at a local training school for boxers, Aziz realises his calling in life, to box. To be fair, he already had the strength and the muscles to pull it off, but that’s where the movie unpeels different layers of the sport. Toofan goes on to exhibit how boxing is much more than a physical sport; it doesn’t just warrant a great body and the ability to draw blood. It requires form, technique, and skill to beat your opponent in the ring, and it is what promises utmost respect.

Amidst the slits, stitches, and snitches, Aziz gets what he deserves — respect and love. Mehra’s portrayal of a love story in the film manages to get equal attention as Aziz’s punches. Making a Muslim lad fall in love with a Hindu girl and the very real problems they face while house-hunting in Mumbai makes your skin crawl and sigh at the embarrassing reality of our so-called progressive society. Although it balances the prejudice by inserting a backstory, perfunctorily justifying that people are prisoners of their own minds.

We also see Paresh Rawal playing the role of Aziz’s hot-headed, almost pragmatic coach, Nana Prabhu. Prabhu likes to train the best boxers in India by day and discuss religious standpoints by night over drinks. His puissant representation in the film takes a backseat when he voices his bigoted opinions, eventually disowning his Hindu daughter (played by Mrunal Thakur) for falling in love with his Muslim student. Which I felt was highly unnecessary.

Toofan is a movie with a strong backstory, and its spine is a boxer who emerges victorious in life as a true champion. His personal trials and tribulations lead him to the ring, where he understands what it takes to rise like a phoenix in life after being beaten down to death.