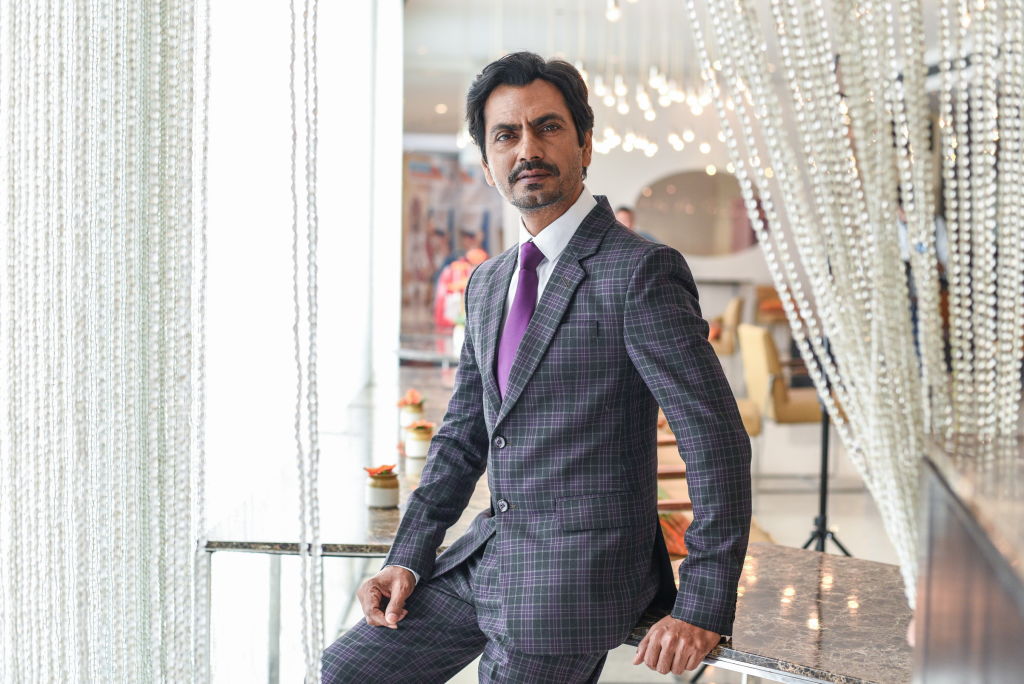 Anything actor Nawazuddin Siddiqui is in is bound to generate a conversation. With a repertoire that spans movies like ‘Gangs of Wasseypur’, ‘Talaash’, ‘Manto’, and ‘Haraamkhor’, Siddiqui has firmly established himself as a heavyweight actor. It’s a reputation he has managed to sustain with his latest film, ‘Raat Akeli Hai’, a whodunnit directed by Honey Trehan, set in the hinterlands of Uttar Pradesh.

Released on Netflix, the plot revolves around inspector Jatil Yadav (Siddiqui) solving the murder of Raghubeer Yadav (Khalid Tyabji) a wealthy landlord. Killed on the night of his second wedding, the tyrant patriarch has left behind a murky state of affairs within his joint family, making his new wife Radha (Radhika Apte) a suspect. What follows is not simply the unraveling of the mystery, but also the internal journey of breaking stereotypes that Yadav undergoes.

The movie is Trehan’s directorial debut. With Vishal Bhardwaj as his mentor in the initial days, Trehan cut his teeth as assistant director and casting director for films such as ‘Omkara’, ‘Maqbool’, ‘Udta Punjab’ among many others. Given both Trehan and Siddiqui’s predilection for non-formula cinema, it was the ideal pairing for a film that seeks to not only entertain but also be vocal about issues burdening the society.“We share our views on creativity, so I was confident about Honey. Despite it being his first film, upon watching it you feel he’s directed many well-made films . I had 100 percent trust that I’m in safe hands as an actor, and that he won’t let me do anything wrong,” says Siddiqui.

For Trehan, a film is as much about the plot as it is about being a social commentary, a line he has toed in ‘Raat Akeli Hai’. “If it’s just a murder story then it becomes a very regular film, just another case and news. Why am I telling this story? For me the crime drama is at the surface, because through Jatil Yadav I want to talk about the patriarchy, the system we live in, have a comment on this thought,” he says. The plot therefore sees Nawazuddin Siddiqui’s character address his own patriarchy, explore his vulnerabilities, and make peace with himself. “It’s a graph of this character’s journey and the acceptance towards the society and the marriage between him and his thoughts,” adds Trehan.

Colourism as a theme also has a small role to play in the film — Siddiqui’s Jatil Yadav using fairness creams, and his mother faces roadblocks in finding him a suitable match because of the colour of his skin. Siddiqui says colourism is something he has personally faced and spoken about in the past. And with it being a global conversation today, it’s all the more pertinent to bring the subject to light. “Be it a girl or a boy, it begins from the society, and then films too have the same formula…that there’s a hero and heroine, but they have to be fair and beautiful…and if someone doesn’t have the conventional good looks they have to struggle to wow people.” He cites the example of Hollywood, which has African American actors, and says that it’s impossible to name any famous dark skinned actor in India, “because people don’t accept them”.

The ethos to do meaningful cinema is not all that Siddiqui and Trehan share. Their professional relationship goes back over 20 years to their theatre days in Delhi. And they’re both from UP, a fact that also helped shape ‘Raat Akeli Hai’. “The prime reason we chose this script was because we know the culture, environment, people, the patriarchy in that society, otherwise it could’ve been based in Pune also. We felt we will be able to do justice to it as we come from that belt and know it very well,” they both say.

What also did justice to the film was the stellar cast that includes favourites from OTT platforms. Alongside Apte, who has done web series and films like ‘Sacred Games’ and ‘Lust Stories’, there’s Shweta Tripathi (‘Mirzapur’) and Shivani Raghuvanshi (‘Made in Heaven’). “People would expect me to have all new people, but the nature of the beast is such that with all unknown people it would’ve been very difficult for the audience to connect who’s who. I wanted a mix and match of known people whose counterpart is unknown. If Jatil-Radha are known then Vikram (Nishant Dahiya) is the new guy. That helps the audience be more intrigued and engaged with the film,” shares Trehan.

An OTT release may not have been what Trehan had in mind for a directorial debut (‘Raat Akeli Hai’ was initially slated for a theatre release, until the pandemic caused them to shift to Netflix), but it turned out to be a blessing. “It’s a great choice to have larger audience on one platform — the entire world can see the film. And there’s no competition. Now only content matters, the film will work on its merit.” And with ‘Raat Akeli Hai’ gathering accolades, this actor-director pairing is one that the audience wants to see again. Thankfully, that window remains open. “Whenever Honey will come to me with any project, I’m always ready to do it,” says Siddiqui.

Interviews Netflix bollywood Bollywood actor Nawazuddin Siddiqui Raat Akeli Hai
Megha Uppal
Associate Editor
An innate love for travel and food has translated into many a trips since childhood for Megha; it also fed her curiosity to know about local cultures. When not writing, she is on the lookout for three things: A great dark chocolate dessert, a beautiful pool where she can practice her backstroke, and art that she can save up for.
Travel Culture Food Drinks

Halahal on Eros Now: The crime thriller is based on this true story