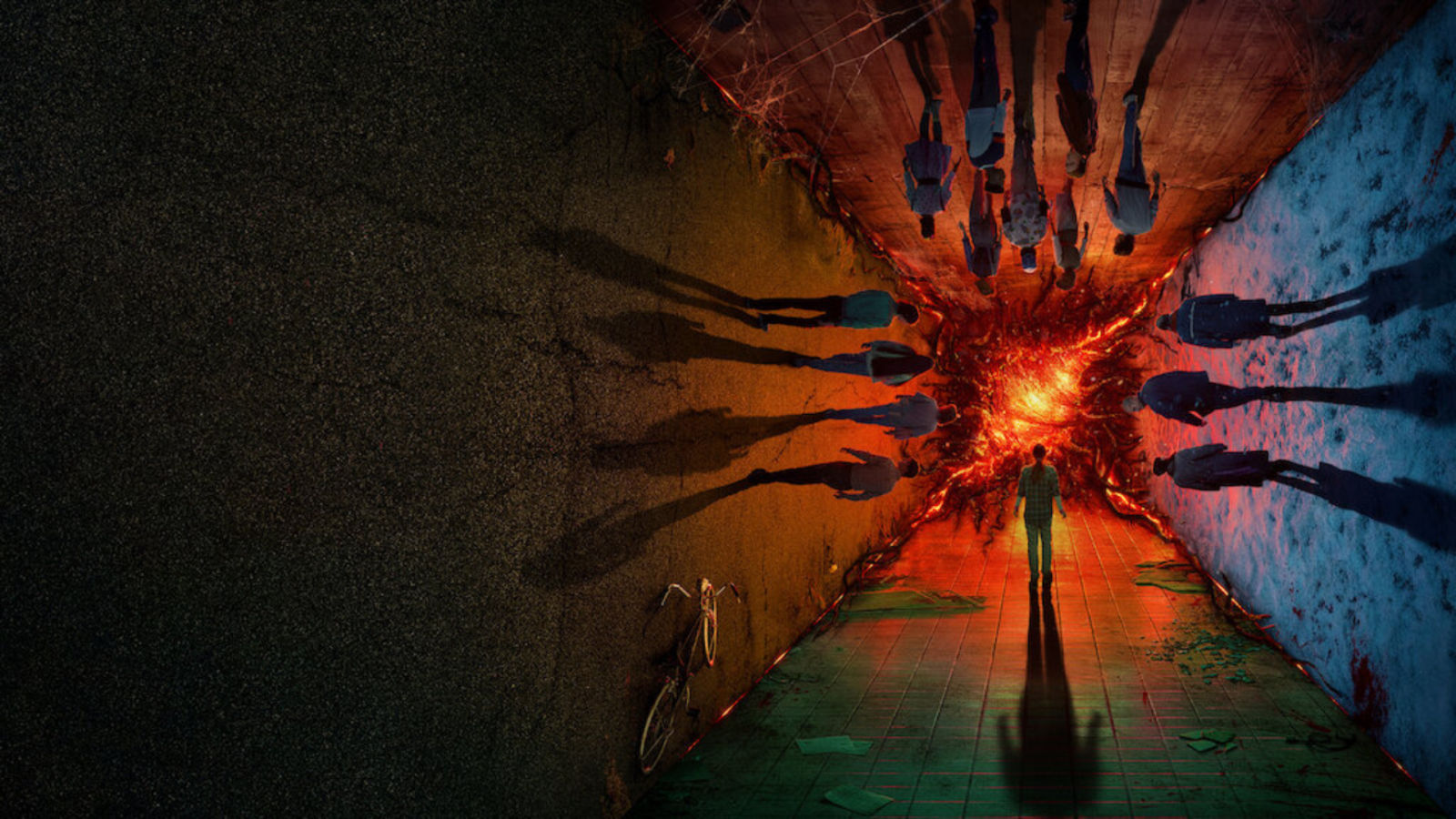 Matt and Ross Duffer, the brothers who created Stranger Things, have a series of good news for fans of the smash hit Netflix series. Chief among them is the formation of Upside Down Pictures under which the brothers will now create several new projects for Netflix, including a spin-off series and a new stage play set within the supernatural world of Stranger Things.

Stranger Things is a sci-fi horror following a group of teenagers in the fictional US town of Hawkins as they battle monsters from a dimension they call the Upside Down.

One of Netflix’s flagship and most-watched shows, the fourth season of Stranger Things which released in two parts on 27 May and 1 July 2022 is Netflix’s most-watched English-language show based on total hours watched within 28 days of release.

It has clocked up more than 1.15 billion hours — a figure likely to rise as the numbers for final two episodes will only be available 28 days after their release on 1 July. Stranger Things is currently only surpassed by South Korean smash hit Squid Game (2021) as the most-watched show in any language on the streaming giant.

Upside Down Pictures: What we know

The Duffer brothers borrowed the name for their production venture from the story of Stranger Things.

The brothers said the new company will focus on “stories that take place at that beautiful crossroads where the ordinary meets the extraordinary, where big spectacle co-exists with intimate character work, where heart wins out over cynicism.”

According to Deadline, Upside Down Pictures will be run by Hilary Leavitt who has previously worked for BBC America and served as the vice-president of MRC Studios. Leavitt currently runs her own Hulu-based banner named Blazer.

In a statement, the brothers said that they knew they “found a kindred spirit” upon their first meeting with Hilary during which they talked about films such as Jaws and Home Alone.

“Hilary’s passion for storytelling is perhaps matched only by her passion for the storytellers themselves, for whom she is fiercely protective. No wonder so many writers and directors are drawn to working with her. She is a rare talent indeed, and we feel extremely grateful to have her at our side as we build Upside Down Pictures,” the Duffer brothers said.

Levitt said that love for movies and television is at the core of Upside Down Pictures where they’ll “collaborate with other artists on projects across the full spectrum of genre.”

First up for the brothers is season 5 of Stranger Things, which would conclude the show’s “complete story arc.”

But that is not the end of the story itself.

In an open letter to fans in February, the Duffer brothers said that there were “many more exciting stories to tell within the world of Stranger Things.”

Accordingly, on 6 July, Netflix confirmed a “live-action Stranger Things spin-off series based on an original idea by The Duffer Brothers.”

A “new stage play set within the world and mythology” of Stranger Things is also on the way, with Stephen Daldry of The Crown set to direct. Daldry will also serve as a producer alongside UK-based stage producer Sonia Friedman and Netflix. The play will be written by Kate Trefry.

Supernatural things, it seems, are at the centre of projects by Upside Down Pictures. The brothers will make a new live-action series adaptation of the acclaimed Japanese manga and anime series Death Note.

Originally written by Tsugumi Ohba and illustrated by Takeshi Obata, the story of Death Note revolves around a teenager who finds a mysterious notebook which gives him the power over life and death of anyone whose name is scribbled in it.

Death Note was previously adapted into a live-action film in 2017 by Netflix, but it didn’t do well.

The series by the Duffer brothers is expected to be a completely new version.

Series adaptation of The Talisman

The Talisman is a 1984 novel by Stephen King and Peter Straub. It is about a young man who journey’s between his world in New Hampshire and an alternate dimension known as The Territories to find an artefact which can save his mother’s life.

The brothers are set to create the series based on the novel with Steven Spielberg’s Amblin Entertainment and Paramount Television. Deadline reports that joining them as creator will be Curtis Gwinn, the co-executive-producer of Stranger Things.

Matt Duffer told Deadline that The Talisman series is more fantastical than Stranger Things and does contain elements of horror and sci-fi.

Upside Down Pictures will also produce an unnamed original series from creators Jeffrey Addiss and Will Matthews of Dark Crystal: Age of Resistance (2019).

Ted Sarandos all praise for the brothers

Ted Sarandos, Netflix’s Chief Content Officer and Co-CEO, described Matt and Ross Duffer as an “exceptionally unique talent with a vision so crisp and clear.”

The Netflix top boss said that the brothers focus on the details.

“It’s no accident that Stranger Things has pierced the zeitgeist to become the epic pop culture phenomenon it is today,” said Sarandos.

(With inputs from AFP)