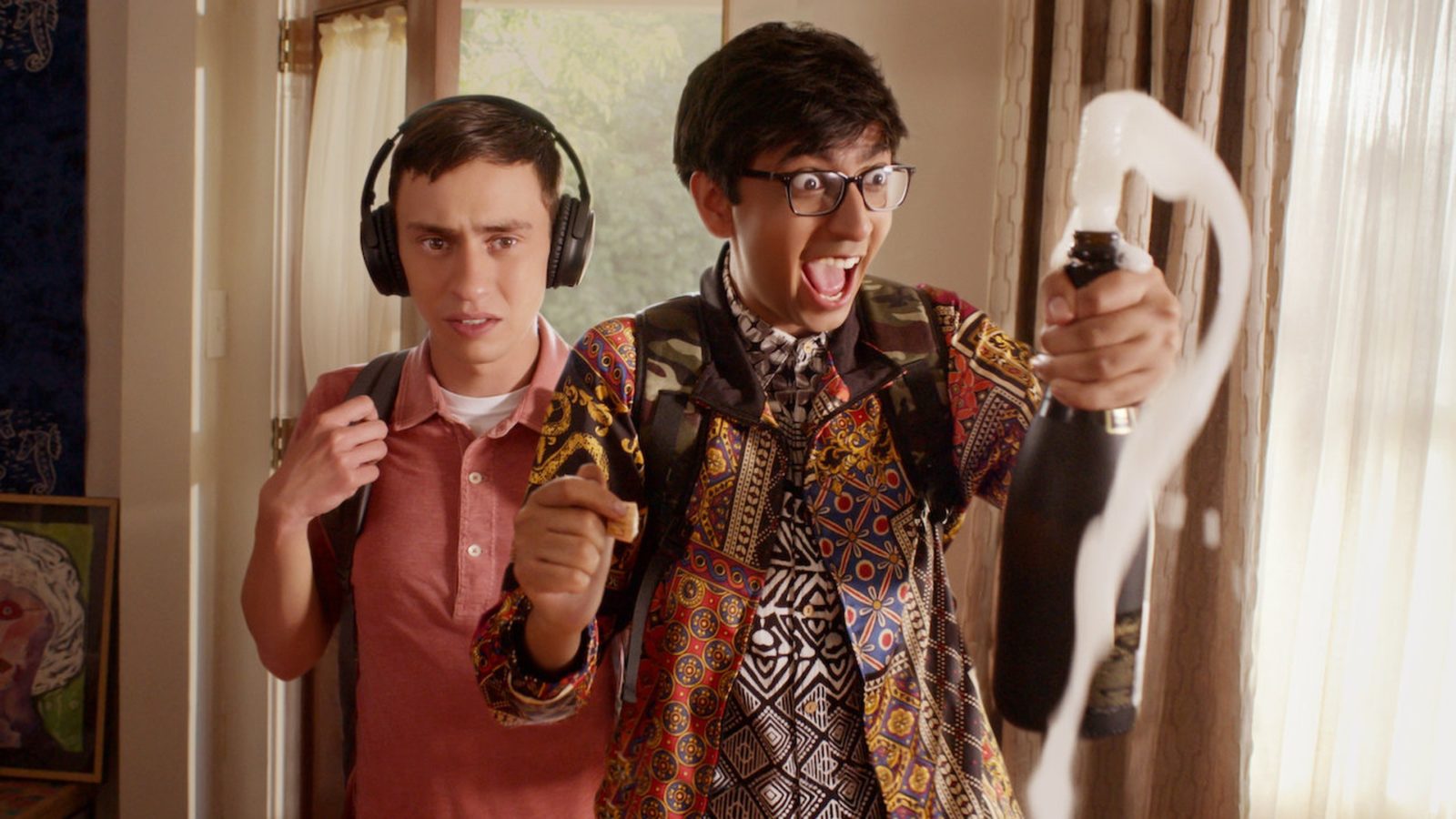 Atypical is a coming of age comedy-drama that paints a realistic depiction of a 19-year-old boy on the autism spectrum and in search of romance and independence as he gets into university life. The character is Sam Gardner, played by Keir Gilchrist.

Season 3 of the show was met with a wider audience and critical acclaim for its unique plot twists, in-depth character exploration, and endearing performances. The audience can relate to Sam’s motivations, and his determination to succeed is inspiring, even though he is fumbling through most of his adolescence.

Atypical Season 3 revolves around Casey (Brigette Lundy-Paine) discovering her sexuality and Sam going off to college, still a virgin. While Sam adjusts to his new life and deals with fresh challenges, the world seems to be accepting his eccentricities for the most part in this season. There is development in Sam’s relationship with his girlfriend Paige (Jenna Boyd), giving the viewers some genuinely touching moments.

Atypical season 4 is releasing on Netflix on 9 July 2021. This is supposed to be the show’s final instalment. Tweeting the news, Netflix shared the first look of the season.

The trailer of season 4 gives a peek into new beginnings in Sam’s life as he moves into his own place with his roommate and friend Zahid. There are other loose end to tie up as well – Casey coming out to her dad, and Doug and Elsa getting back together.

Fans can expect to see the core cast members with Keir Gilchrist as Sam, Brigette Lundy-Paine as his sister Casey, Jennifer Jason Leigh as his overprotective mom Elsa and Michael Rapaport as Dad and husband Doug. Other key characters on the list include Nik Dodani, who plays best friend Zahid, Jenna Boyd as Sam’s ex Paige Heard, and Fivel Stewart as Izzie who plays Casey’s love interest.

What to expect in season 4?

Join Sam on one last expedition.

Atypical will return for a fourth and final season. 🐧 pic.twitter.com/0IfN0fEIUG

Things are expected to go up a notch for Sam in Atypical season 4, with many loose ends from season 3 tied up. Doug and Elsa’s challenges in their marriage ended on a good note in the previous season. So, we can expect to see if the couple is ready to give their marriage another shot. And will this be enough? We will be seeing more of Casey’s relationship with Izzie, their first public kiss and her university career. It will be interesting to see how Sam navigates his career and his relationship with Paige.

The show’s creator and executive producer, Robia Rashid is expected to give a stellar finale with knock-out performances. The series finale is likely to be hilarious, emotional and dramatic in equal measures.

Catch up on the previous seasons here.

netflix shows Netflix series Queer Culture Netflix India releases Atypical Atypical Season 4 Atypical recap
Akriti Sharma
Full-time writer, part-time science nerd, Akriti switched gears to writing when she was at the precipice of her scientific career as a biotechnologist and never looked back. She loves to write every day and believes in pursuing stories with moral force. She is an enthusiastic traveller, photographer, Chai aficionado, aspiring minimalist and a strong proponent of Multiverse Theory.