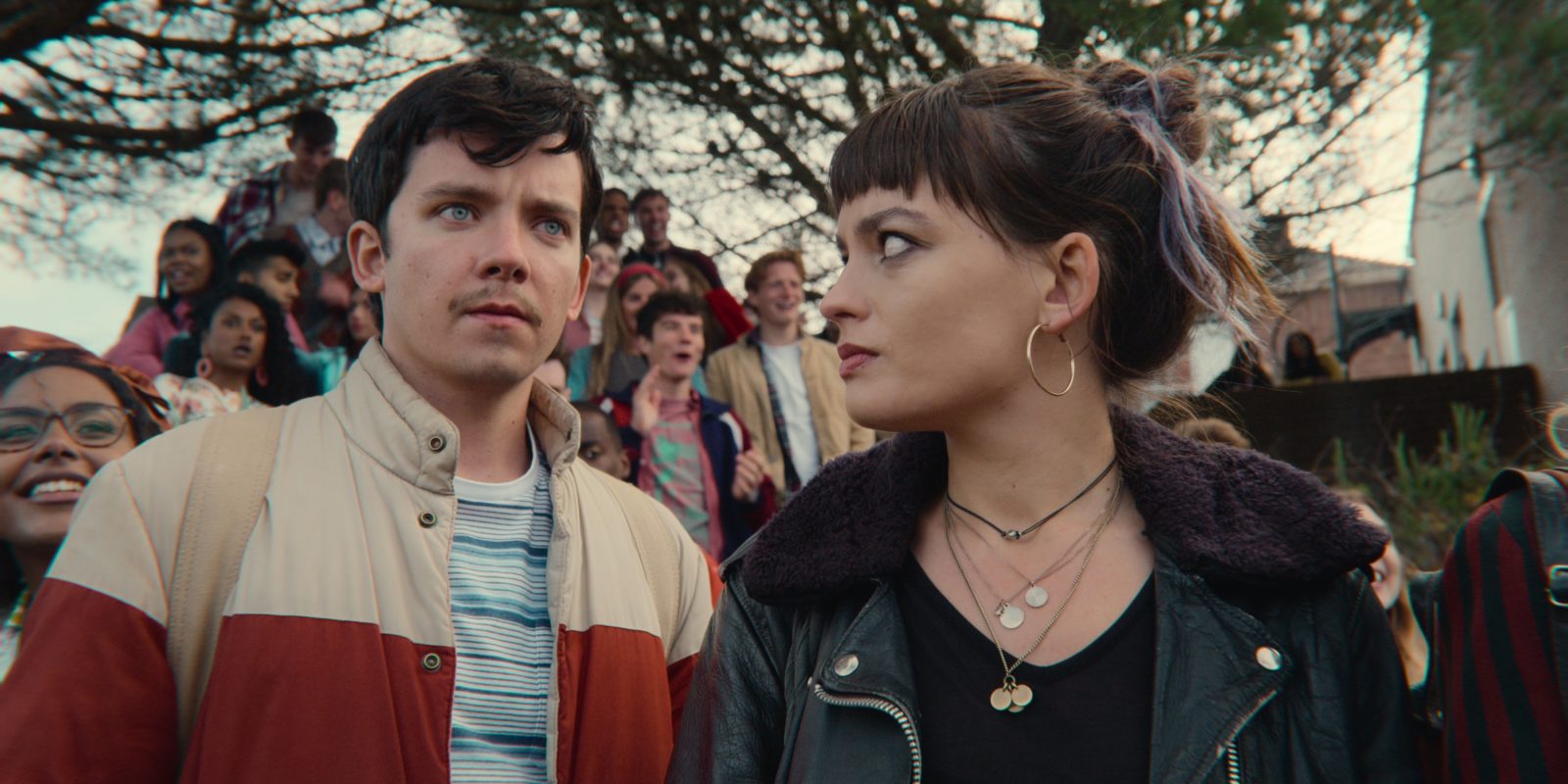 Culture
Otis sports a fake moustache? Everything we know about ‘Sex Education’ Season 3
Share this article
Next article

Netflix’s much-loved comedy-drama Sex Education is all set to make a comeback with season 3 on 17 September. Created by Laurie Nunn, Netflix dropped the first season in 2019 with eight episodes.

The show garnered positive reviews for its quirky characters, somewhat true representation of student life and handling of the subject of sex and social issues that young adults face.

Here’s a look back at the previous Sex Education seasons and everything you need to know about the upcoming one.

Season 1 sets the perfect pitch for Moordale Secondary School and its students.

All thanks to his mother — Dr Jean Milburn (Gillian Anderson) — who is a sex therapist, socially awkward Otis (Asa Butterfield) is armed with quite some knowledge about sex. His gay best friend Eric Effiong (Ncuti Gatwa) and class “bad girl” Maeve Wiley (Emma Mackey) convince Otis to start an unofficial sex therapy clinic in school. The clinic is a hit with students, but due to some reasons, they have to close it by the end of the season.

Trapped in dysfunctional families and the burden of finding a place in this world, each and every character embarks on a journey of self-discovery and emerges out of the tunnel stronger — if not unscathed.

It’s also an ode to friendship and the challenges one faces during the growing up years. Other characters are Jackson Marchetti (Kedar Williams-Stirling), Moordale’s head boy and Maeve’s boyfriend, whom she breaks up with by the end of season 1; Aimee Gibbs (Aimee Lou Wood), one of the popular girls in school who later becomes friends with Maeve; Lily Iglehart (Tanya Reynolds), a student who writes alien erotica and wants to lose her virginity; and Ola Nyman (Patricia Allison), whom Otis kisses at the end of the season.

ALSO READ: All about the latest season of Netflix’s Atypical; season 3 recap & more

Season 2, which was released in 2020, picked up from where the first season ended. Otis and Ola are in a relationship only to break up when Ola realises she is attracted to Lily. Maeve’s mum Erin (Anne-Marie Duff) returns to try and make amends with her.

Things pick up when Otis and Maeve put their issues aside to restart the sex therapy clinic. By the end of the season, Otis confesses his love for Maeve over a voicemail, which Isaac Goodwin (George Robinson), Maeve’s friend from the caravan park, is seen deleting. Will Maeve ever get to know that Otis loves her? Guess we’ll find out in season 3.  Adam Groff (Connor Swindells) also, finally, expresses his interest in Eric.

The second season had many empowering moments. But one scene that received much love was when in a powerful display of sisterhood, all the female characters come together to support Aimee overcome a traumatic incident she had previously faced on a bus. In that moment, each woman realises that no matter how different they are, their experiences unite them.

Apart from love and appreciation, the series also earned six BAFTA nominations this year with Aimee Lou Wood winning an award in the Female Performance in a Comedy Programme category.

What to expect from Sex Education season 3 –

Well, if we are to believe Asa Butterfield, we “aren’t ready for season 3.” Netflix released the official trailer on 8 September and it looks like we are in for a treat.

In season 3, there’s a bit of a time jump and a regime change at Moordale as new headteacher Hope Haddon (Jemima Kirke) steps in to discipline the students. They can be seen walking in lines and wearing grey school uniforms. Mr Groff (Alistair Petrie), the former headteacher and Adam’s father, it seems is on administrative leave. We will also get to know how Jean is dealing with the shocking news of her pregnancy, which was revealed in season 2.

Other characters also have something new up their sleeves. Otis has grown a moustache over the summer. In an interview to The Guardian, Asa Butterfield revealed, “We got snapped by paparazzi while filming and people have been freaking out about Otis having a moustache. I can exclusively reveal it’s not real. It’s a stunt ’tache. And thankfully it doesn’t last the whole season. I don’t think anyone could bear looking at that thing for long.”

While it’s not clear if Maeve finds out about Otis’ voicemail, they both appear to be rekindling their friendship. Adam tells Eric that he is ready to make their relationship official during a make-out scene.

We can expect few other actors, who had significant roles in season 2, to make appearances well.

New actors joining the cast in season 3 include Jemima Kirke as Hope, a former Moordale student and the new headteacher who wants to “get Moordale back on track.” Songwriter and recording artist Dua Saleh will join the show as Cal, a non-binary student who will be seen clashing with Hope.

How many episodes will season 3 have?

Like the previous seasons, the third instalment of the show will also have eight episodes.

Till now, there has been no confirmation on whether the show has been renewed for a fourth season or not.