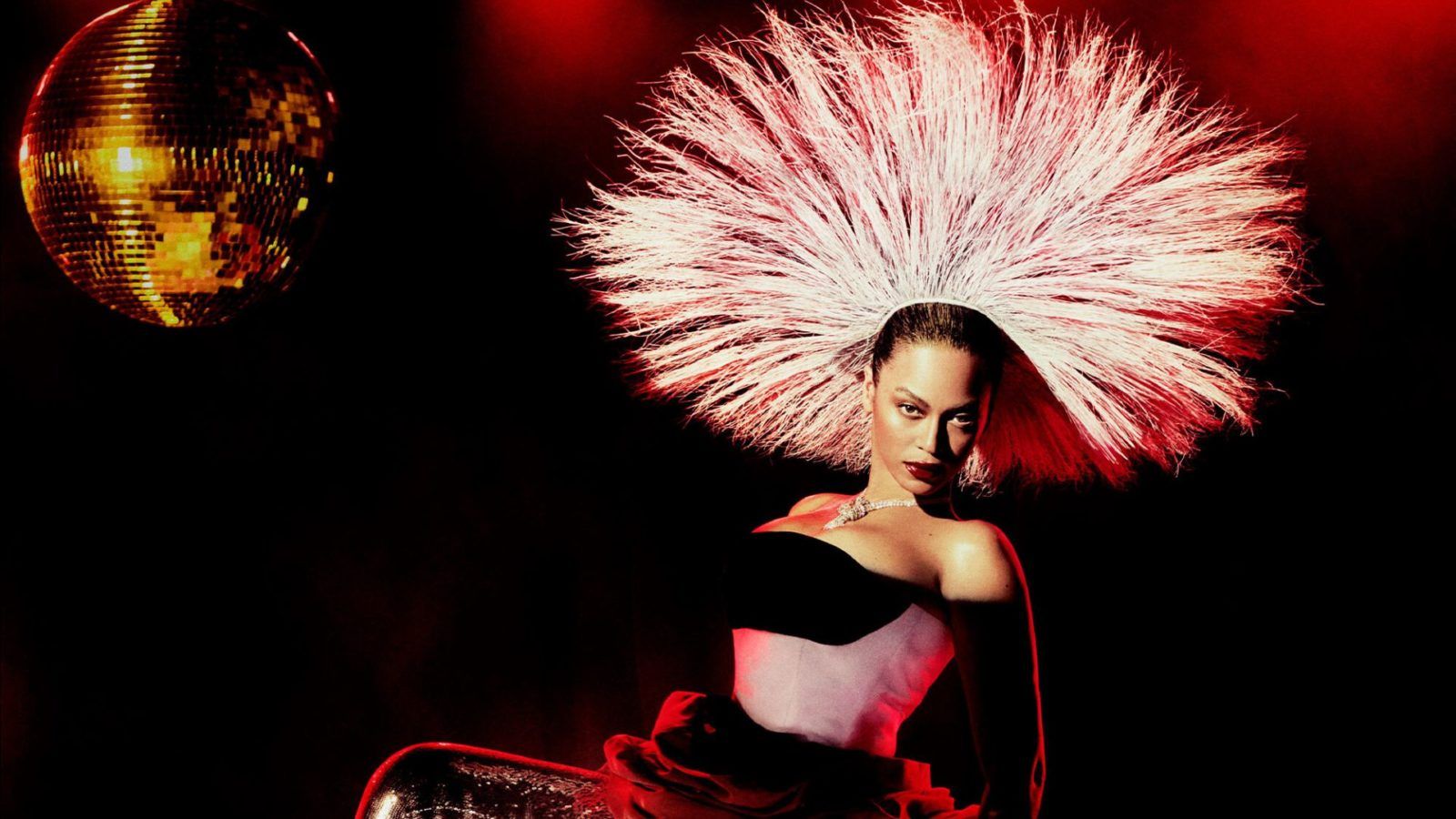 While Beyoncé loyalists are in for a treat with her comeback album Renaissance geared to drop in July after six long years, another album K-pop fans are looking forward to is the debut solo album Jack In The Box by BTS’ J-Hope.

With the new music albums covering diverse genres of music, ranging from pop rock, R&B and indie-folk ballads to K-pop, let’s just say your soundtrack for this month has been sorted.

This upcoming double album is a follow-up to Imagine Dragons’ fifth album Mercury — Act 1 (2021), which was described as “a celebration of life and humanity,” by the band. The upcoming collection, which is releasing via labels Kidinakorner and Interscope Records, is based on singer Dan Reynolds’ “constant obsession with the finality and fragility of life.”

The lead single “Bones,” which draws inspiration from Michael Jackson’s iconic 1983 song “Thriller,” premiered in April to promote the album’s upcoming release. While explaining the idea behind the single, Reynold’s said in a statement, “I’ve always loved that ‘Thriller’ was both scary and playful. I didn’t know as a kid if I wanted to watch it again or not for fear of the ensuing nightmares, but I always came back for more with my eyes half-closed. The idea of punishing Wall Street with a zombie infection felt like an enjoyable time. And it was.”

The seven-member Korean boy group ENHYPEN’s third mini-album is all set to release just six months after their previous album Dimension: Answer made waves by debuting at No. 13 on Billboard’s Top 200. The group, comprising Jungwon, Heeseung, Jay, Jake, Sunghoon, Sunoo and Ni-ki, teased their fans by posting obscure concept photos featuring the text ‘Don’t Judge Me,’ ahead of the launch.

ENHYPEN has come a long way since 2020 when they debuted via BELIFT LAB, which is a label founded jointly by CJ ENM and HYBE. The K-pop entertainment company is known to scout fresh talent and develop successful idol groups targeting the global market.

Girls is the upcoming second extended play by K-pop girl group Aespa. The four-member group, comprising Karina, Winter, Giselle and Ningning, will be releasing the nine-track EP under SM Entertainment and Warner Records. The group released the album’s lead single “Life’s Too Short” on 24 June and performed the English version of the track during their debut live performance in the US at Coachella in April 2022.

As a treat for their fans, Aespa launched a lyric video of “Illusion,” featuring futuristic animation and a thick, chorused sound with lots of depth and movement. The album also includes the title track “Girls” and other songs such as “Lingo” and “ICU”.

The girls have been promoting the new album by sharing sneak peeks on their social media pages, which has been creating a lot of excitement among their fans.

One of music’s most talented new age artists, Lizzo is releasing her 12-track fourth studio album Special as a follow-up to her previous Grammy-winning and multi-platinum-selling album Cuz I Love You (2019). Tracks from this album have also featured among the top five of the US Billboard 200.

After the singer unveiled the release date of her upcoming album in April, she promptly added another feather to her cap by hosting an episode of Saturday Night Live (SNL) for the very first time. Hinting at the inclusion of her statement empowering and uplifting anthems, she performed the album’s lead single “About Damn Time” and the title track during her SNL debut as well.

Synonymous with self-acceptance and confidence boosts, Lizzo’s new album is sure to lift your spirits this July. The album will be released via the record label Nice Life Atlantic.

The Hardest Part by Noah Cyrus

Juxtaposing and relating the heartache of a breakup with the angst surrounding the destructive California wildfires and climate change, Noah Cyrus’ upcoming debut album will surely encourage introspection. All set to release via Columbia Records, Cyrus gave the very first taste of her new album by dropping the single “I Burned LA Down” in April.

“All this internal, emotional pain I was feeling was intertwined with the anxiety around this out-of-control fire and climate change in general,” the singer shared in a press statement explaining the first track.

“The song took shape around the idea that the only way my ex could comprehend the scale of my emotions was if I became this agent of chaos and set the entire city on fire,” she added.

She also announced her first-ever Europe tour in support of The Hardest Part, which is scheduled for 6 August in Helsinki, Finland. Cyrus will also perform in major cities, including Glasgow, Manchester and London in the UK, before concluding the tour on 23 August in Berlin, Germany. Get your tickets here.

Jack In the Box by J-Hope

If you are disheartened by the news of one of the world’s favourite K-pop groups, BTS, going on a sabbatical, here is an announcement that will cheer you up. The popular boy band’s member, J-Hope, is making his official debut as a solo artist with the release of his much-awaited album Jack In The Box.

The solo album is a follow-up to his 2018 debut mixtape Hope World, which was released via the band’s own label Big Hit Entertainment. The seven-track collection included the lead single “Daydream” and other songs such as “Airplane” and “HANGSANG (feat. Supreme Boi)”.

The upcoming album is made with an aim to “represent his [J-Hope’s] aspirations to break the mould and grow further.” Prior to the album drop, the singer is also going to treat his fans to a pre-release single on 1 July at 1 PM KST. Fans can catch J-Hope at the US music festival Lollapalooza on 31 July, where he will be performing his newly released songs as a headliner.

To his fans’ delight, the K-pop star released the first teaser of his solo album and updated his Instagram bio to ‘get ready for Jack in the box’ on 25 June. The 25-second teaser video features energetic hip music set against a backdrop of funky and hypnotic visuals.

All set to release just three months after his fourth studio album Fear of the Dawn, former frontman of 1997 American rock duo The White Stripes, Jack White, is unveiling his follow-up LP Entering Heaven Alive. The full-length solo album will be released via his own recording studio Third Man Records.

Boasting 12 Grammy wins and collaborations with the music industry’s biggest stars, including Beyoncé, Loretta Lynn, Q-Tip, and Alicia Keys (for a James Bond theme), White has had an impressive career over the years and is in no mood to stop.

Featuring acoustic guitar riffs and a chilling melody, the artist dropped the newest single “If I Die Tomorrow,” from the upcoming album on 8 June. A collection of vinyl variants for Entering Heaven Alive is also going to be available for sale, which fans can check out here.

Weeks ahead of the ‘surprise release’ of Beyoncé’s upcoming seventh studio album Renaissance or Act I: Renaissance, the music mogul began teasing her fans by leaving subtle clues on her Instagram page. The 16-track album, which marks the grand comeback of the singer after 2016’s Lemonade, is set to be released through labels Parkwood Entertainment, under exclusive license to Columbia Records.

The singer fanned the flame of hype by dropping the album’s lead single “Break My Soul” on 20 June. The track was initially scheduled for release on 21 June at midnight EST, but the singer sent her fans into a frenzy by unveiling it three hours earlier on Jay-Z’s music streaming platform, Tidal.

In 2021, hinting at the theme of her upcoming album, Beyoncé revealed in a statement to Harper’s Bazaar: “With all the isolation and injustice over the past year, I think we are all ready to escape, travel, love, and laugh again. I feel a renaissance emerging, and I want to be part of nurturing that escape in any way possible.”

Music Beyonce musical artists New Albums J-hope New albums July 2022
Eesha Kulkarni
Eesha is a passionate digital nomad with a master’s degree in architecture and industrial design from Politecnico di Milano, Italy. A jack of all trades who enjoys writing art, architecture, travel and lifestyle features, she is found petting dogs, taking walks in nature and sniffing books in her free time.
Entertainment Culture Travel Lifestyle
Sign up for our newsletters to have the latest stories delivered straight to your inbox every week.