For a year that has been taxing in more ways than one, Netflix is making sure to end it on a light note. After the romcom Mismatched, they just released the trailer for Bhaag Beanie Bhaag, a comedy series about a bride-to-be who runs away to fulfil her dream of being a stand-up comic. 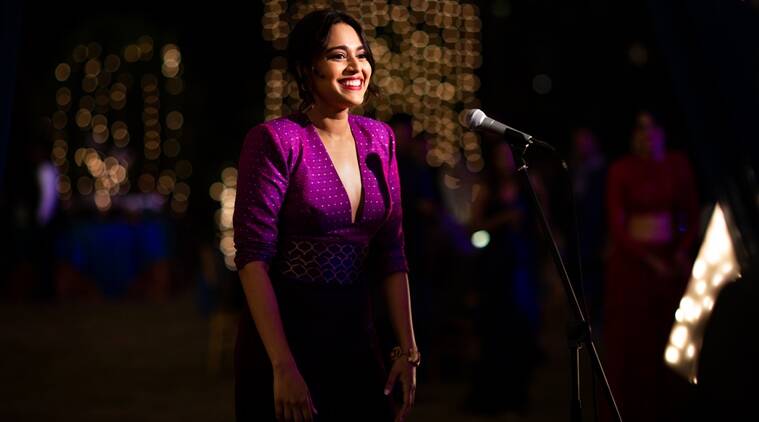 What to expect from the Netflix series Bhaag Beanie Bhaag –

Starring Bhaskar as Bindiya Akankshi Bhatnagar aka Beanie Bhatnagar, the series revolves around her living a regular, ‘boring’ life with her long-term boyfriend. Add to that a middle-class family and a secure job, and you’ve got a spirit that’s dying to break away from it all to do what she truly wishes to do. As luck would have it, her moment of realisation, i.e., breaking free from the rut comes in the middle of her wedding celebrations. Thus follows the story of a runaway bride who wants to make it big in the live comedy circuit.

ALSO READ: Here are the best female stand up comedians in India

Varun Thakur plays Beanie’s boyfriend, while Dolly Singh is seen playing the role of her friend in the trailer. “Beanie Bhatnagar has spent her whole life saying ‘yes’…‘yes mummy’ to her mother, ‘yes papa’ to her father…‘yes baby’ to her boyfriend! One day…just once in her life she says NO to them and YES to what she wants. Brace yourselves for what happens; it’s messy, but it’s fun!” Bhasker posted on Instagram today to announce the release.

For Singh, it’s her first Netflix show, and along with sharing her excitement, she had this to say, “Well, you’ll either end up laughing with Beanie or at Beanie. But, you’ll laugh for sure.”

The series carries a shadow of the popular Marvelous Mrs. Maisel. However, one will have to wait for the release to know if the resemblance goes any further. Bhaag Beanie Bhaag is certainly is one to look forward to– a show about stand-up comedy, with a female lead, is a fresh offering for our screens.

Playing the role of lead character Bindiya Akankshi Bhatnagar, Bhaskar is the masthead of this ship. Not just your regular quirky, dreamy-eyed girl, but a rebellious and ambitious figure, this is one of Bhasker’s most captivating performance. She was last seen in Danish Aslam’s Flesh, where she plays the role of tough cop ACP Radha Nautiyal.

With over 560k subscribers on YouTube and over 130k followers on Instagram, Thakur (comedian turned actor) has come a long way in his career. Thakur plays the role of Bhaskar’s lover and romantic interest in the movie, whom she ditches right before their wedding to follow an unconventional path of her calling.

After YouTuber Kusha Kapila, who made her debut as an actor in Ghost Stories, YouTuber Dolly Singh hits the spotlight. With over 1 million followers on Instagram, Singh has become a sensation among millennials and gen-z with her impressionist gimmicks and fast-consuming stints. Here, she plays the role of Kapi, Beanie’s best friend.

In a supporting role straight out of Hollywood, Ravi Patel actually plays himself in the movie. Here, Patel is the motivation that leads Beanie to the stage of stand-up comedy. Patel has been part of hit series Scrubs, Santa Clarita Diet, Grey’s Anatomy, Outsourced, and more.