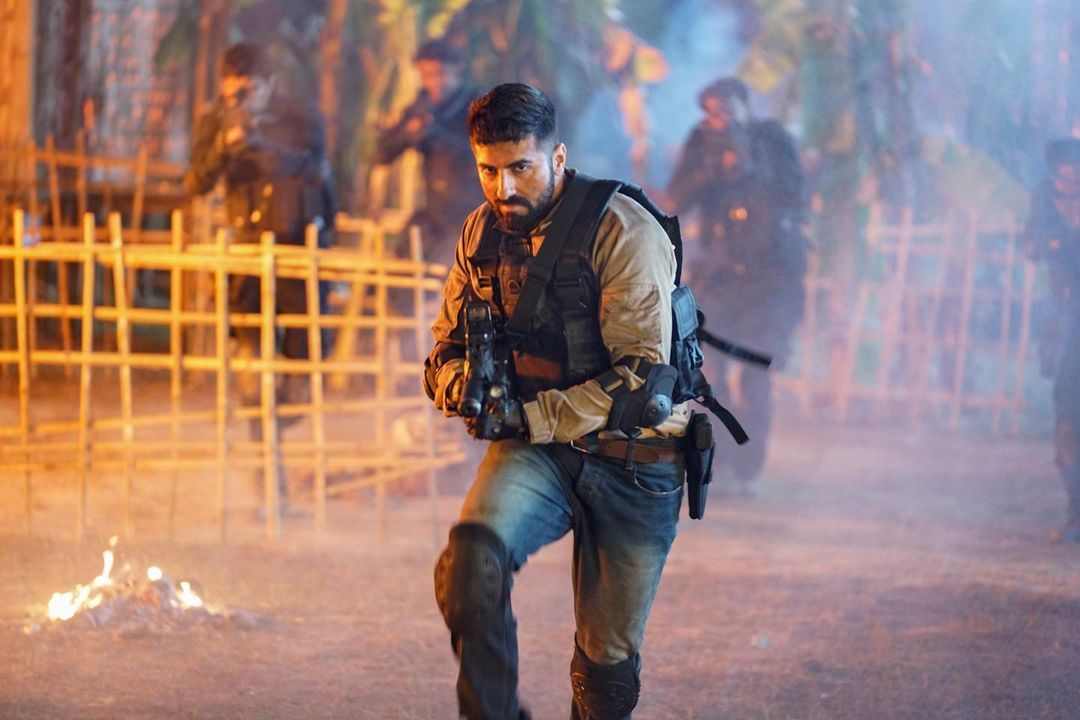 With May almost coming to an end, the entertainment industry is back on its feet again. Movies that got postponed due to the pandemic are finally seeing the light of the day. This week will see both theatrical and OTT releases, so plan your weekend with all the new releases this week.

New releases this week to look out for

Based on the otherisation of Northeast India, Anek is Ayushmann Khurrana’s second film with director Anubhav Sinha after Article 15. This week’s new release marks Khurrana’s debut in the action genre, and the trailer asks a pertinent question — what makes you an Indian? Khurrana plays an agent named Joshua, who is sent on a mission to neutralise a threat being posed by separatists in the North East. The film also brings forward the eternally debated topic of whether Hindi is our national language. With the ongoing language debate in the film fraternity in India, the release of Anek is perfectly timed.

Major is a biographical action drama directed by Sashi Kiran Tikka and produced by Sony Pictures India. The movie is based on the real story of the 26/11 braveheart, the late Indian soldier Major Sandeep Unnikrishnan. Starring Adivi Sesh in the lead role, the trailer has already garnered praise from stars and the audience. Mostly cut around the emotional turmoil of the parents of Major Unnikrishnan after losing him, the trailer also shows what his life was like. Prakash Raj and Revathi play the parents of the 26/11 hero who lost his life trying to save his country from the terrorist attack.

Produced by Kamal Entertainment Pvt Ltd and Neole Films and written and directed by Nitin Kumar Gupta with Vishal Sharma, this movie stars Vipin Kaushik, Lizabeta, N.K.G, Mikhael Striga, Lolita Zhuravlova, Roman Batrin, Ruslan Seferov, Oles Dmitrenco, and Irma Balan, among others. The plot of the film centres around an Indian student who falls in love with a Russian girl who has been pledged to a Mafia family. Set in the exotic locations of Ukraine, this film was shot before the Russia-Ukraine war. A love story at its heart, how far will someone go to save a love that’s doomed?

Going full Swades, this is a series about Nirmal Pathak, played by Vaibhav Tatwawadi, who returns to his village after many years and finds the mental state of being of the village to be stuck back in the day. With age-old beliefs and rigid patriarchy still prevalent in the village, Nirmal decides to challenge the status quo. While it will not be an easy task, will he be able to bring about the changes in his village?

Skipping a theatrical release, Seththumaan is releasing on Sony LIV this weekend. produced by Pa Ranjith’s Neelam Productions and directed by debutant Thamizh, the film is about an old man and his grandson. After winning multiple accolades in festivals all over the world, this film will now be available on OTT, starting this weekend. The film stars Manickam, Prasanna, Ashwin, Suruli, Kannigha and Savithri in pivotal roles.

Bollywood new releases New releases Amazon Prime Sony Liv 2022 new releases this week new releases May 2022
Sreetama Basu
A self-proclaimed plant mom, Sreetama finds joy wherever she sees greenery. The list of other things that bring her joy is pretty long, but writing about them is her way of celebrating them. In love with little, inconsequential things, like neatly tucked-in bedsheets and big, significant things, like whole cheesecakes. She dreams of being a baker and writing about food someday.
Food Dining Entertainment
Sign up for our newsletters to have the latest stories delivered straight to your inbox every week.