There’s nothing better than a chill movie night after a hectic workweek. Luckily, we have 6 new releases this week to choose from that will make your weekend extra special. Add these new releases to your watch list now!

New releases this week in April

Initially slated for a December 2021 release, this Shahid Kapoor, Mrunal Thakur starrer kept facing delays. First, due to the pandemic, then due to a box office clash with KGF Chapter 2. Now the movie will finally see the light of day this weekend with a theatrical release. Directed by Gowtam Tinnanuri, this is the story of a talented but failed cricketer who decides to return to cricket in his late thirties. His desire to represent the Indian cricket team and fulfil his son’s wish for a jersey drives him to go back on the field when everyone has given up on his cricketing career.

The Hindi adaptation of the Malayalam hit film Ishq: Not A Love Story, Operation Romeo is slated for a theatrical release this weekend. Produced by Shital Bhatia and Neeraj Pandey’s Friday Filmworks and Reliance Entertainment, the movie stars Sidhant Gupta and Vedika Pinto in lead roles. A passionate love story for India’s youth, this movie is about the apprehensions of young couples they encounter as a result of moral policing. 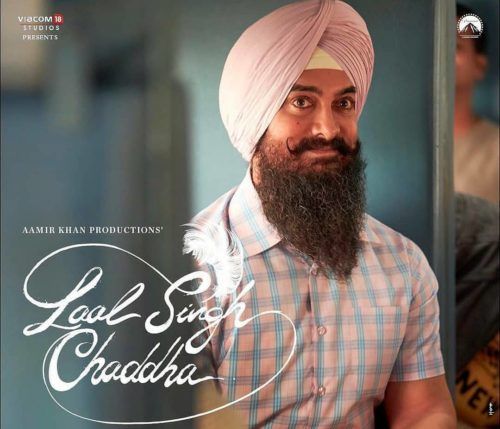 Not only does this series bring back Arjun Rampal on the screens after a long time, but we will also get to see the Rock On duo of Rampal and Purab Kohli together after more than a decade. Releasing on Voot this weekend, Arjun Rampal plays Om Singh, a homicide detective who takes on the case of a missing girl in a politically divided London city. This is a six-episode long series that also sees Purab Kohli playing a media mogul, who’s also the prime suspect in this case. Where the investigation leads him is what we have to find out this weekend.

This upcoming Tamil film has been garnering a lot of love and attention ever since the trailer was dropped online. The movie follows the bonding between a Siberian husky and a young boy. A film for families and by a family, it stars veteran actor Vijaykumar, his son and actor Arun Vijay and Arun’s son Arnav Vijay. In the movie, the family trains a blind husky for a dog competition.

Taking the nostalgia route, Anantham on Zee5 is about a house filled with memories. The house has seen different residents since the beginning of time. The background narration tells how this is a story that has not ended, and an important character is struggling to get a finish. In the trailer, we see glimpses of different families who had happy and sad moments and even some spooky ones. Directed by V Priya, the web series stars Prakash Raj, Sampath Raj, Indraja, Samyuktha, Vinoth Kishan and Aravinth Sundar in important roles.c

A thriller where a police inspector played by Saiju Kurup has an obsessive interest in the musical game of Antakshari and a lot more, Antakshari is releasing on Sony LIV this weekend. How the police officer uses this game as a tactic to investigate cases and interrogate prisoners is what makes this trailer so intriguing. Starring Kurup, Sudhi Koppa and Priyanka Nair, this movie is written and directed by Vipin Das.

The highest-paid K-drama actors you need to know about

Meet the unfiltered, unapologetic and unabashed Malaika Arora on ‘Moving In With Malaika’

Glass Onion: A Knives Out Mystery, Govinda Naam Mera and other shows to stream this December