Home > Culture > Entertainment > What are you watching today? All the new shows & movies to stream this month 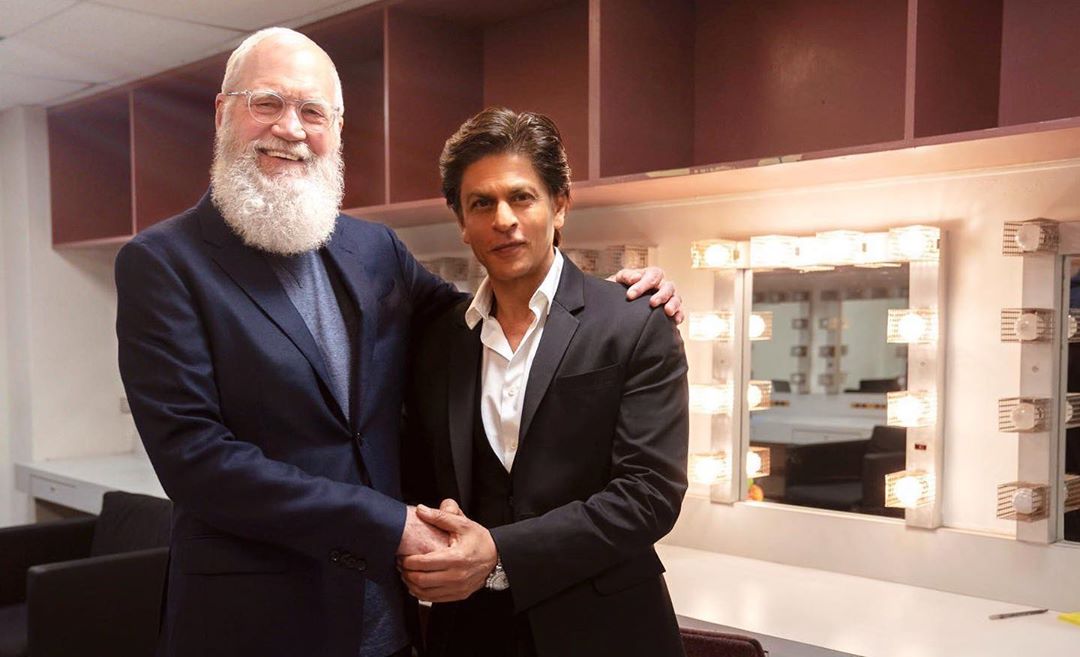 What are you watching today? All the new shows & movies to stream this month

Culture
What are you watching today? All the new shows & movies to stream this month
Share this article
Next article

As the festive month begins, so does ample amount of time at home. So, it’s a good thing that your screens are about to be filled with some great shows. Here’s out list of what to watch online in October.

My Next Guest Needs No Introduction

Shah Rukh Khan is coming to Netflix. And no, not as a producer this time. On screen now, the actor’s interview with David Letterman is set to be released in October. While the exact date hasn’t been announced as yet, what we do know is that the episode was shot in New York in front of a live audience, earlier in May. A fan of Letterman’s style of interviewing, Khan had commented that he was “thrilled and honoured to share my story with [Letterman]”; and the talk show host had responded, “After each one of these [My Next Guest] sessions I think to myself, it is a very smart, very lovely person from whom I have learned things. You would maybe be at the top of that list.” Previously guests such as Barack Obama, George Clooney, Tina Fey, Malala Yousafzai, and Jay-Z have appeared on the show.

Six years after the Breaking Bad ended, this movie that tracks Jessie’s future. This second spin-off—the first being ‘Better Call Saul’– tracks fugitive Jessie Pinkman attempting to outrun his past, as described by Netflix. While not a lot about the plot has been revealed – the movie was shot in secret as well – it has been written and directed by Vince Gilligan, the creator of the original show. ‘El Camino: A Breaking Bad Movie’ will release on October 11.

Meryl Streep, Gary Oldman, and Antonio Banderas. Do you really need more reasons to watch this movie? The Steven Soderbergh directed ‘The Laundromat’ is a story of a lady whose vacation takes a turn when she finds out a fraudulent insurance policy ring being run, and she starts investigating the same. The movie is based on a real life story, which led to the publishing of the Panama Papers across the world. ‘The Laundromat’ will hit your screens on October 18.

The legal drama returns with its third season, and this time Billy McBride (Billy Bob Thornton) is pitted against one of California’s billionaire farmers. The latter wants to take control of the city’s water, and McBride has to make the law win against him. Catch this power packed season on October 4.

An Amazon Original series, ‘Modern Love’ is translating stories from the famous New York Times column into moving pictures. The first season has a stellar star cast including Anne Hathaway, Dev Patel, Tina Fey, and Sofia Boutella, among others. True to its name, the series will feature stories of love in modern times, be it surprising friendships or unconventional relationships. It will be released on October 18.

One of two Indian comedy shows coming to Prime Video this month, ‘Jestination Unknown’ tracks comedian Vir Das on a journey across the country. The comic and actor will traverse India with his friend in a quest to find answers to the question “What does India find funny?”. Amazon has this to say about the show: “The clubs and pubs of India’s metros are only a part of the answer. The people of India have laughed at kings, foreigners, neighbours, and more importantly, themselves. In a time when jokes are considered offensive, what if India answered otherwise?”. A new perspective on Indian comedy, right from the audience itself, this is one to watch out for. A specific release date hasn’t been shared yet by Amazon.

The second comedy series, and yet another one where the release date hasn’t been revealed, ‘One Mic Stand’ seeks to bring out laughs like never before. Here, comedians will train ‘India’s biggest actors, politicians, musicians, and influencers’ to perform stand-up comedy. A first for all the ‘students’, the roster will include the likes of Bhuvan Bam, Taapsee Pannu, Richa Chadha, Vishal Dadlani and Dr Shashi Tharoor, with the comics on board being Zakir Khan, Kunal Kamra, Angad Ranyal, Rohan Joshi and Ashish Shakya.

Netflix new movies Best shows amazon prime video Online Streaming New Shows
Megha Uppal
Senior Associate Editor
An innate love for travel and food has translated into many a trips since childhood for Megha; it also fed her curiosity to know about local cultures. When not writing, she is on the lookout for three things: A great dark chocolate dessert, a beautiful pool where she can practice her backstroke, and art that she can save up for.
Travel Culture Food Drinks

Batwoman to Loki: LGBTQ+ superheroes in comic books you might not know about