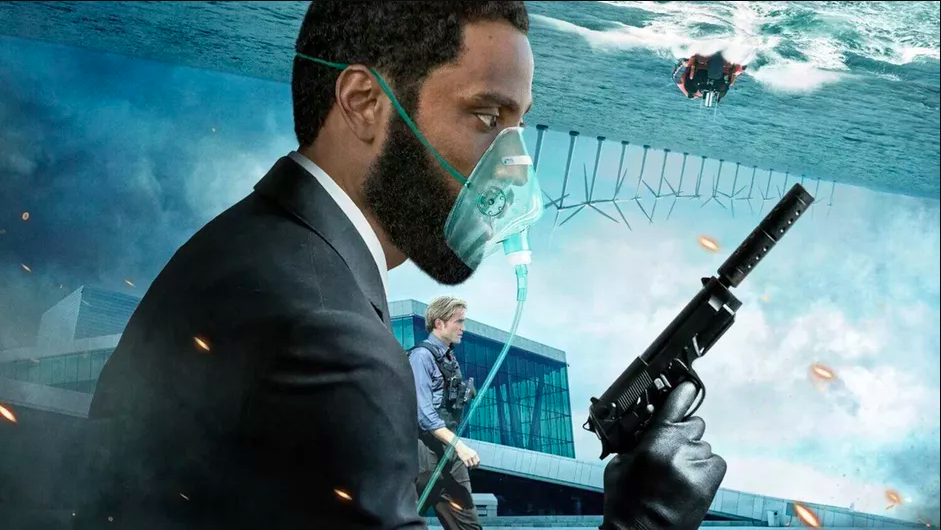 As part of the promotional whirlwind around ‘Tenet’, video game sensation ‘Fortnite’ will be showing one of older films by Christopher Nolan in full — but, of course, the master of mysteries isn’t saying which one.

British director Christopher Nolan made ten films prior to 2020’s well-anticipated ‘Tenet’, and one of them is going up on a virtual big screen inside mobile, console and PC game ‘Fortnite’. “This [northern] summer we will be screening an iconic Christopher Nolan full-length feature right here”, host Geoff Keighley said at the close of a May 21 in-game premiere event.

With no further information that leaves a lot open to speculation, but perhaps we can discount Nolan’s first three movies from the outset.

His 1998 debut ‘Following’ would be an intriguing possibility, and at 69 minutes a palatable prospect for ‘Fortnite”s chill-out zone, but not quite the promised “iconic full-length feature”. ‘Memento‘ represented the year 2000 career breakthrough for not only Nolan but also ex-daytime soap actor Guy Pearce opposite ‘The Matrix’ stars Carrie-Ann Moss and Joe Pantoliano. Then Nolan worked with screen legends Al Pacino and Robin Williams for 2002’s Alaskan thriller ‘Insomnia’.

However, both predate Nolan’s long-running partnership with Warner Bros, and both scored R-rated certifications, suggesting they would not fit teen-rated ‘Fortnite”s intended audience.

Partway through his ‘Dark Knight‘ Batman trilogy, Nolan worked with then-Batman Christian Bale and incumbent X-Man Hugh Jackman for illusionist thriller ‘The Prestige’. Both it and post-Batman blockbuster ‘Inception’ went the same way in terms of ‘Fortnite’-friendly low-teen age ratings.

The 2014 release of ‘Interstellar’ took Nolan’s penchant for awe, wonder, and clever final-act twists into the far reaches of space, but both it and 2017’s ‘Dunkirk’ might be too recent, and might hold too much value as rental and streaming properties, to be funnelled into a free-admission ‘Fortnite’ movie night.

If ‘Inception’ is advantageous because of its scope, style, and ensemble, as well as its relative age, any of the Batman movies could serve a double purpose for the media giant, though at the risk of drawing attention away from its latest caped crusader.

While the ‘Dark Knight’ trilogy features ‘Tenet’ support Michael Caine throughout (as do three more Nolan movies to date), Warner Bros has franchise reboot ‘The Batman’ in the offing for October 2021, with ‘Tenet’ actor Robert Pattinson as the cowled vigilante.