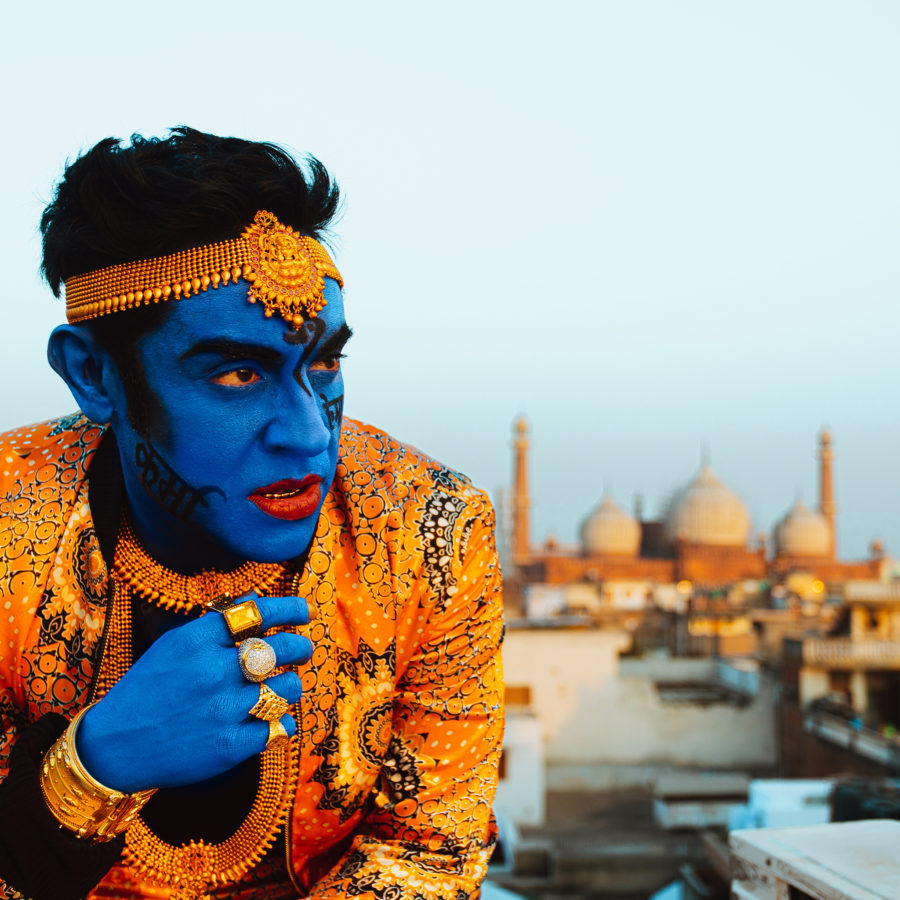 PAV4N has a new single, and you’ll want to hear it

Culture
PAV4N has a new single, and you’ll want to hear it
Share this article
Next article

PAV4N chats about his latest video, what inspires the artist in him, and the future of the music industry in view of the pandemic.

Painted blue from head to toe, and dancing in the holy cities of Mathura and Vrindavan is how you’ll find Pavan aka PAV4N in his latest music video, ‘STASIS’. His second solo single comes after ‘KARMA’, which released last month,  both videos see him in the Krishna-Shiva avatar. The artist embarked on this solo project after the disbandment of his Hip-Hop and dubstep band, Foreign Beggars, in December 2019. He’d co-founded the band and was with them through the 17 years where they topped charts and gained international acclaim. However, 2020 meant turning over a new leaf for the UK-bred artist, as he shifted base to Goa and now has his sights set on not just music releases, but also art, fashion, and theatre in the coming months.

Here he talks of that went into the making ‘STATIS’ and what the future holds for him as well as the industry. ‘STASIS’ is about your journey in the industry and the attached pitfalls. Could you share more about it?

My journey started years ago with experimenting in music while growing up at home with my brothers and later, while abroad and studying. Who knew that it would take over my life! Forming Foreign Beggars and then reaching such unexpected highs still takes me aback. My co-rapper and musical partner in Foreign Beggars, Ebow aka Metropolis passed away recently and it’s been a massive period of reflection.

There is a crazy duality in the music industry where you are flying high and in the mainstream UK Top Ten charts, killing festivals and being name-checked at the Grammy’s–but still living hand-to-mouth…life stuff becomes a lot more complicated as a touring artist. There are struggles and sacrifices people have no idea about as all they see is the shiny front end.    It’s always been a struggle but has also given us so much purpose, and sometimes you can get caught up in the hype too. ‘STASIS’ reflects on that, and just how that fickleness and sometimes harsh nature can be met with positivity. 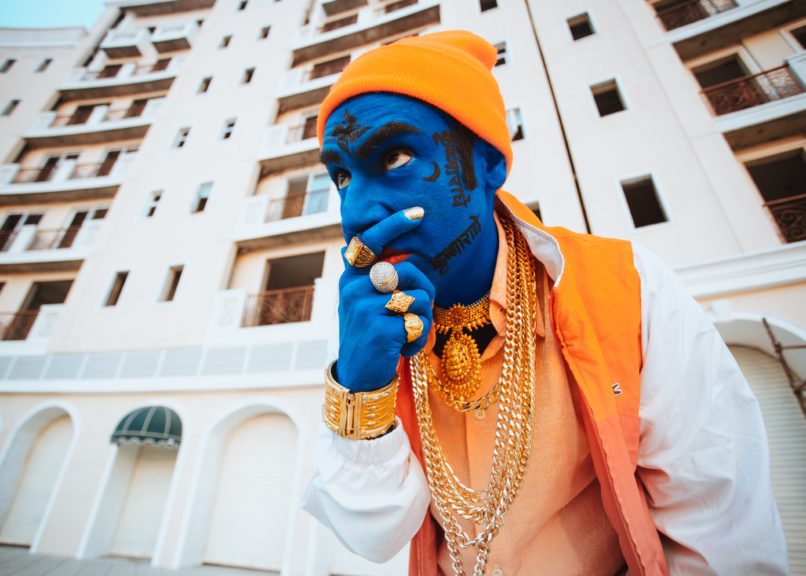 And what have been the major learning moments through the years?

Hard work and action are what really make the difference between an artist that makes it or not. Reminding oneself to be humble and thankful is a good start. But you also need to have a thick skin and have a good bullshit detector at the same time!

Both ‘KARMA’ and ‘STASIS’ see you in the same avatar, what led to you release singles with a similar theme separately (instead as an album)?

The whole project is a living art piece that has a positive approach.  My heritage and culture are important to me and contains so much beauty, knowledge and peace, I want to infuse that in my work. Everything as PAV4N will be in this avatar and, like all artists, I’ll explore different themes with everything I do–not just the singles and videos but art, fashion and eventually the theatrical live show too. 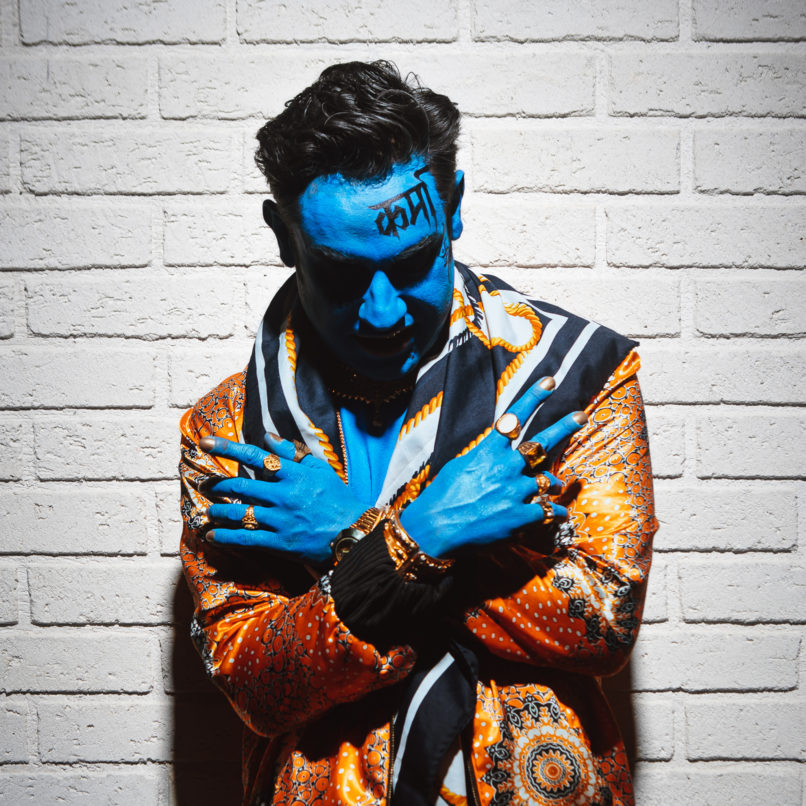 The visuals are as engaging as the songs itself. What went behind creating these?

I came up with the concept years ago when shooting the video for the Foreign Beggars smash hit ‘Contact’. Going solo helped me really build on that first appearance all those years ago and help flesh out all the cultural and creative ideas I had.

Bombay Art House did both videos. I saw the work they did with UK collective, LEVELZ and immediately knew they would get the project. They helped bring to life the vision in my mind.

What is your creative process like, and how has it evolved over the years?

I’m an intuitive and impulsive person–my friends and doctors say I have ADHD! Instead of  trying to suppress it, I try to harness that when it comes. It’s about letting the creativity take over–keeping true to the vision and not getting caught up in the hype. That’s always been a constant.

Given the current pandemic scenario, how’s the future looking for the music industry?

The music industry has been turned on its head almost every few months since the internet–maybe before that! Every innovation or crisis impacts it, so in a way, this is yet another thing that it has to adapt to.  As an independent artist, the negative is that any revenue for live gigs has gone and for a lot of us, that’s the main revenue stream. But then it often seems that the best art comes from adversity, so let’s see.

What will be your next single be about and when can we expect it?

I’m keeping it moving! I’m continually recording, remotely shooting videos, and creating art. The next track, I think, will all point to the new website we’ve been building. The community around PAV4N has been amazing and I want to give something back. Right now, connectivity around the world is helping people and I’d like to do my bit and help those connections grow.     Also, the humanitarian work we’ve done with the “YEH YEH Project” building wells for those that don’t have water, is incredible: all thanks to our online community.

Hip Hop New Releases Indie music Homegrown Music
Megha Uppal
Senior Associate Editor
An innate love for travel and food has translated into many a trips since childhood for Megha; it also fed her curiosity to know about local cultures. When not writing, she is on the lookout for three things: A great dark chocolate dessert, a beautiful pool where she can practice her backstroke, and art that she can save up for.
Travel Culture Food Drinks