Home > Culture > Entertainment > Picture perfect: The best moments (and a strange one) at the Oscars 2019 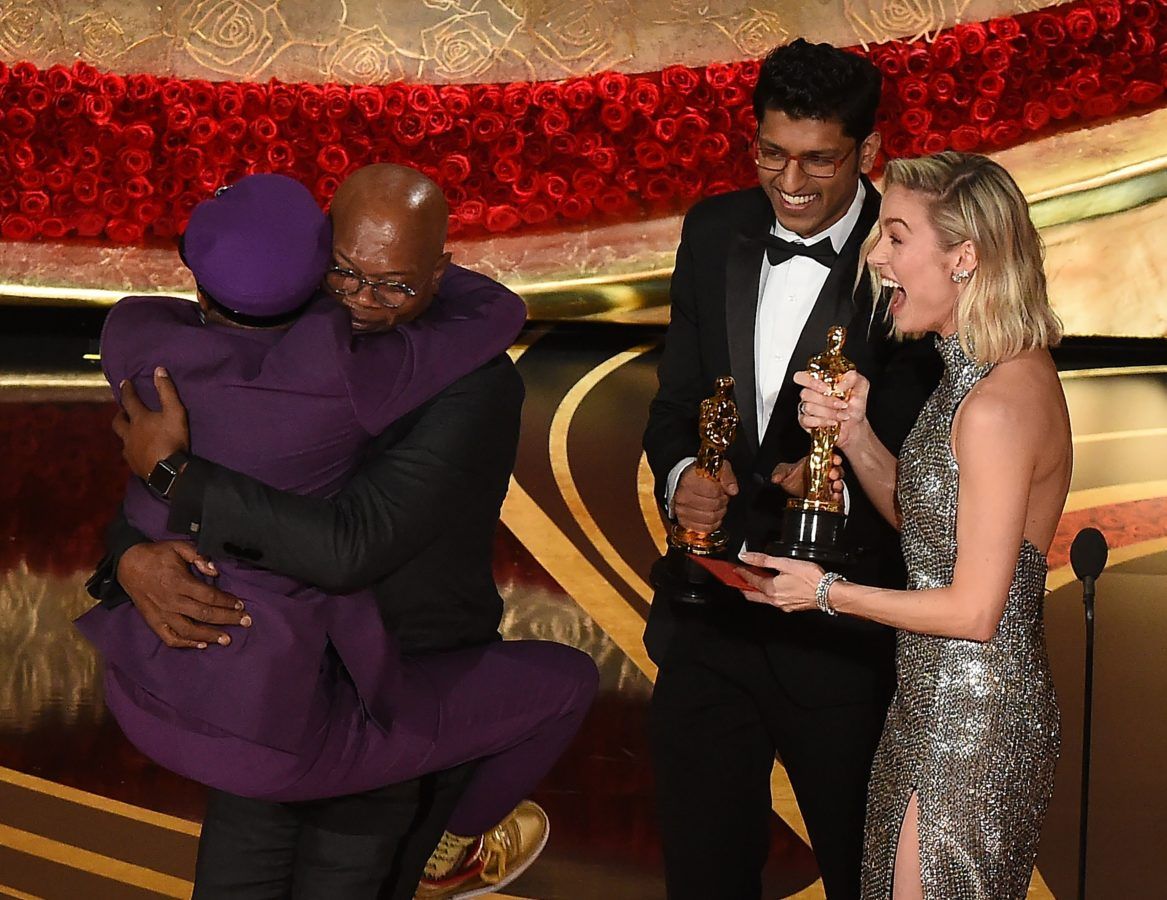 Picture perfect: The best moments (and a strange one) at the Oscars 2019

Culture
Picture perfect: The best moments (and a strange one) at the Oscars 2019
Share this article
Next article

Star of the multi-winning ‘Roma’, and nominated for the Best Actress, Martinez may have lost out Olivia Colman but the very fact that she made it to the shortlist is historic. Martinez is the first indigenous woman in the Americas – her father is Mixtec and her mother is Triqui – to be nominated for an Oscar. Less than a year ago, she was teaching in a small town in Mexico. Today, dressed in Rodarte, she was accompanied by her mom to the ceremony.

Billy Porter on the red carpet

Gender neutral dressing has been the talk of the style circles for a while now, and most of the men on the red carpet doffed their hat to it – Jason Momoa came in blush pink; Chadwick Boseman wore wide legged pants; Nicholas Hoult’s tux had a sash. But the person who the most definitive statement was singer-actor Billy Porter, who swept onlookers off their feet in a sweeping tuxedo gown from Christian Siriano, made specially for him.  On his Twitter he write, “When you come to the Oscars, you must dress up. Thanks @CSiriano for creating this custom couture masterpiece.” He also commented on his choice saying, “Women show up every day in pants, but the minute a man wears a dress, the seas part,” he said. “It happened to me at the Golden Globes.”

Queen opened for the first time

‘Bohemian Rhapsody’ was a front-runner for the Best Picture (even though it lost out to ‘Green Book’), and driving the point home was a performance by Queen that opened the Oscars. Adam Lambert took the spot of the lead singer as he crooned ‘We Will Rock You’ and ‘We are the Champions’. (Javier Bardem possibly enjoyed it the most, clapping and singing along energetically)

For the first time in 30 years, the Oscars went without a host (the last time this happened was in 1989, and the show was universally declared as a disaster). The move came after homophobic views and anti-gay slurs surfaced in Kevin Hart’s tweets from 2009, 2010, and 2011. Hart, who was all set to host, promptly stepped down, and no one else stepped up.
So the show this year was, expectedly cut and dry, and a bit strange given the lack of comedic relief. Even though the presenter scripts tried to infuse humour, it was nothing in comparison to the past edition one-liners from Jimmy Kimmel or Billy Crystal’s zingers or Neil Patrick Harris’ theatrics.

Cuaron has been widely regarded as one of the best film-makers of his generation since ‘Y Tu Mama Tambien’ hit the screens way back in 2001 but his recognition was limited to the film fraternity, Spanish and Latin-american movie-goers, and those of us enjoyed watching foreign films. That changed in 2013, with the release of ‘Gravity’, which brought Cuaron two Oscars and household recognition. At this year’s Oscars, he cemented that reputation, winning Best Director and Cinematographer for ‘Roma’, a first in combination in Oscar history (the film also won the Best Foreign Language Film). This only goes to show that genius always makes it to the top, no matter how long.

Based on the deep stigma surrounding menstruation in India, and the life of Arunachalam Muruganantham whose life work focuses on providing low-cost mentrual hygiene products, the 26-minute film directed by Iranian-American filmmaker Rayka Zehtabchi follows girls and women in Hapur, Uttar Pradesh, and their experience with the installation of a pad machine in their village. The film has been created by The Pad Project, an organisation established by an inspired group of students at the Oakwood School in Los Angeles and their teacher, Melissa Berton, and co-produced by Guneet Monga’s Sikhya Entertainment.

Glenn’s Close’s grace while losing out to Olivia Colman

Close, who has been nominated seven times for an Oscar, was a front-runner to win Best Actress for ‘The Wife’ (its producers chased her for 14 years before she agreed to do the role), but lost to Colman, who specially mentioned her in her acceptance speech. Close laughed and smiled, showing the grace and humility like a true professional.

Colman took to the stage shaken and nervous, but didn’t miss a breath to crack some. “This is hilarious,” she said upon accepting the award, and added “To be in a category with these extraordinary women… Glenn Close, you’ve been my idol for so long. This is not how I wanted it to be, and I think you’re amazing, and I love you very much. I love you all.” To her family she said, “My kids, who are at home and watching, if you’re not, then, well done. But I sort of hope you are. This is not going to happen again. … My husband, Ed. My best friend, I love you so much. Twenty five years, you’ve been my best supporter. He’s going to cry. I’m not.”

Wakanda Forever! The first African American to be nominated, and win, in this category, Beachler took home the Oscar for the Best Production Design, along with Jay Hart, for creating the fictional world of Wakanda. she concluded her acceptance speech by saying “I give this strength to all of those who come next, to keep going, to never give up. And when you think it’s impossible, just remember to say this piece of advice I got from a very wise woman: I did my best, and my best is good enough.”

You never know what to expect from Spike Lee but you’re always certain it will be loud, much like his purple tux, and yet acutely relevant and telling of our times, like the LOVE-HATE multi-finger-rings and his movie Blackkklansman.  In a politically charged speech, which he only completed part of, owing to the time restrictions, Lee shelved all the gratitude that is consistent with most winners to urge America to ‘Vote for Change’ in the 2020. This was perhaps the most Spike Lee thing to do but let’s not forget he mentioned that his grandmother saved 50 years of social security cheques to put him through college (and called him SpikeyPoo), and yelled “NYU!” in a nod to his alma mater.

So this one’s already a winner on Instagram – Lady Gaga and Bradley Cooper’s soulful music filled the Oscars room. This performance inspired a few hundred memes and oodles of comments on the pairing. But mostly, it was about both stars being blissful in their music and the fact that the song won an Oscar wins over everything else. This is, the year of Bradley Cooper as a director, we can see that.

Style Glenn Close oscars 2019 Best moments Alfonso Cuaron Spike Lee Hannah Beachler Yalitza Aparicio Martínez Billy Porter Queen Olivia Colman Best bradley cooper moments at the oscars
Preetika Mathew
Editor
Mathew has been a part of the luxury industry for over a decade now, writing on arts & culture, style, and watches for some of the leading publications in the country. When not working, she spends time tracking counter-culture trends.
Watches Style Arts Culture
Sign up for our newsletters to have the latest stories delivered straight to your inbox every week.