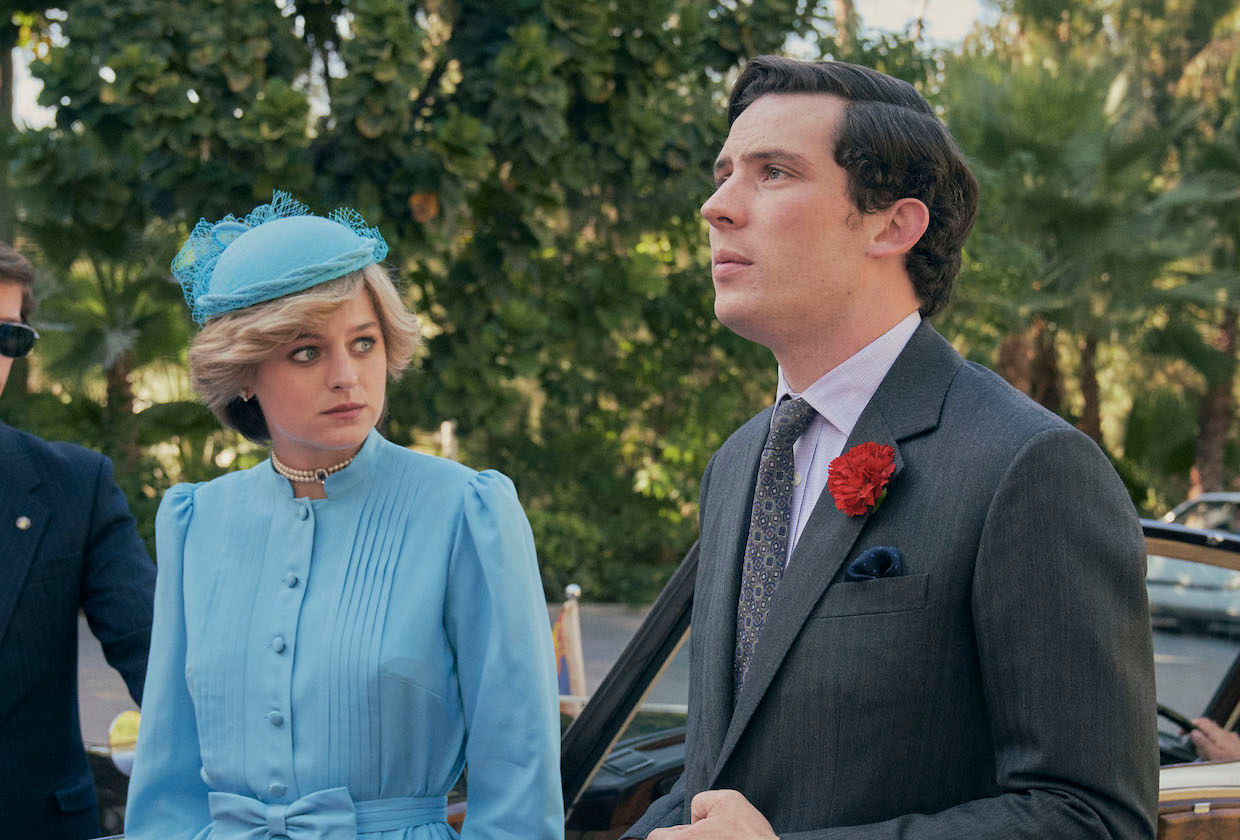 Emma Corrin, a 24-year-old actress little known until now, immerses herself in the role of the young Diana Spencer, capturing her soft voice and timid gaze from under a heavy fringe. But the actress admitted in an interview with ‘The Sunday Times’ that she felt a “huge amount of pressure” to pull off the role in the new season of Netflix Original series The Crown.

Diana is shown as a naive teenager who quickly becomes lonely in the role of Prince Charles’ fiancee and rollerskates around Buckingham Palace to pass the time. Even before their unhappy marriage, she begins cycles of bulimia: Binge-eating and then purging herself of food. Diana Spencer had just turned 20 when the couple married in 1981, while Charles was 32.

As heir to the throne, since reaching his 30s, he had faced pressure to marry to ensure succession. Despite having doubts, he agreed to propose to Diana but did not sever ties with his long-time lover, Camilla Parker-Bowles. Diana was killed in a car crash in Paris in 1997 and Charles subsequently married Parker-Bowles in 2005.

While the previous series depicted Charles as a sensitive and misunderstood boy, as Diana’s husband he is seen as cold and unfaithful, complaining to Camilla that she is “so weak, so fragile”. Feeling powerless to help Diana, Charles “probably became a bit callous,” Penny Junor, a royal expert and biographer whose books include “Charles: Victim or Villain?”, told AFP.

“But I don’t think that he has ever been arrogant or uncaring. And I think he genuinely tried to make his marriage work.”

Diana had been “damaged” by her childhood, as she was just six when her mother walked out on the family and “she grew up feeling unloved and unwanted,” Junor said. Charles and Diana’s marriage was a “terrible mismatch”, she added.

The breakup of their marriage due to infidelities and Diana’s confessional television interview was scandalous at the time and is making headlines even today. The BBC has pledged to hold an independent investigation into how its journalist Martin Bashir persuaded Diana to take part in the sensational interview in 1995. Diana’s brother, Charles Spencer, claims Bashir showed faked documents to persuade Diana to take part in the interview, where she famously complained: “there were three of us in this marriage so it was a bit crowded.”

“She wanted to hurt and damage Charles. But I think she was a very fragile woman, her mental health was very fragile,” said Junor. “I think that a lot of people exploited her… for their own ends and the BBC was amongst them.”

The love triangle is one of the main storylines in the fourth season, which covers the late 1970s and the 1980s. The period was marked by deadly violence over British rule in Northern Ireland, which included the assassination of Charles’ great-uncle and confidant, Louis Mountbatten, by the IRA in 1979.

It also included the Falklands War with Argentina in 1982 during which Charles’ younger brother, Andrew, served as a Royal Navy helicopter pilot. The scriptwriters also dramatise a notorious incident that year in which a 33-year-old man, Michael Hagan — frustrated at being unemployed and separated from his wife — broke into Buckingham Palace and entered the queen’s bedroom.

The queen, who kept her legendary sang-froid, is again played by Olivia Colman, the British actress who won an Oscar for The Favourite in 2019. In the fifth series, she will hand over the role of the older queen to 64-year-old Imelda Staunton, known for playing the cruel Dolores Umbridge in the Harry Potter films.

The US actress Gillian Anderson plays Margaret Thatcher, the imperious first woman to head the British government, in a season dominated by strong female roles. A critical and popular success, The Crown was first broadcasted in 2016 and has won numerous awards, including three Golden Globes and 10 Emmy Awards. A total of 73 million people have watched at least one episode of the series, Ted Sarandos, Netflix’s joint chief executive and chief content officer, said in January.

Netflix Princess Diana the crown MCO Culture
Staff Writer
Entertainment
Sign up for our newsletters to have the latest stories delivered straight to your inbox every week.