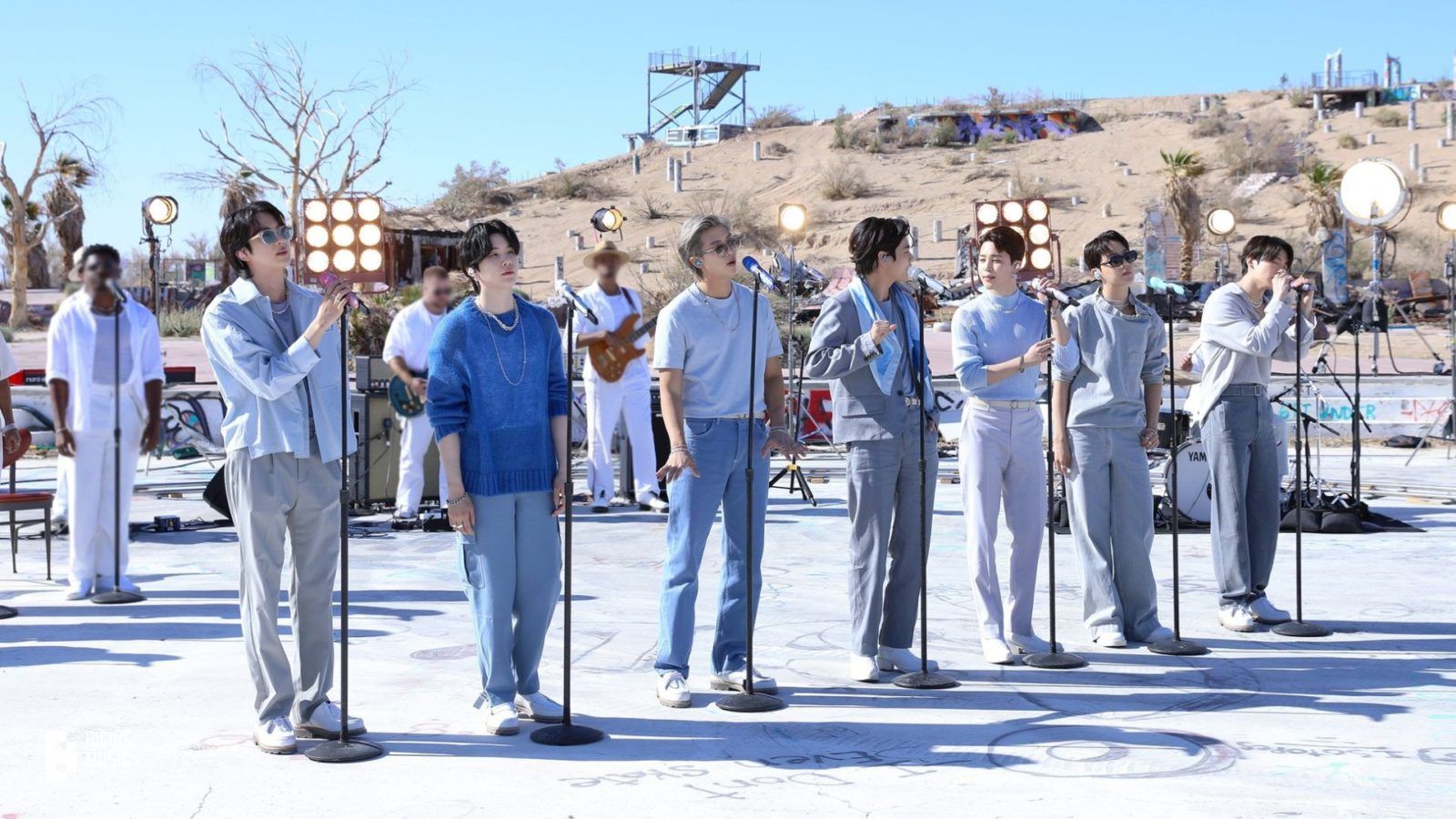 The Bangtan Boys (BTS) have yet again proven that they are here to rule. The Korean boy band has once again been reigning over Billboard’s World Digital Song Sales chart with 15 of its tracks occupying the top spots.

What makes this news even bigger is that BTS achieves this feat for the third time in its history, which proves that, though the septet has announced their ‘hiatus’ to pursue individual music, their strong and ever-growing fan base is loyal to them.

Style
Are these the most influential and most fashionable K-pop stars?
Culture
Get ink inspiration from these 7 K-pop artists with the coolest tattoos

HOLY FKING SHT THIS IS INSANE?!?!?? AND WITH MAJORITY OF THEM OLD SONGS TOO IM AKSHWKSSHSKSB @BTS_twt pic.twitter.com/yDsDTaXDWS

The band released their anthology album Proof on 10 June 2022. On 21 June, Billboard announced the news after the album debuted at No 1 on ‘Billboard 200’ with its songs occupying all spots for the entire week, ending on 25 June.

For the third time in history, @BTS_twt rules all 15 positions of this week’s #WorldDigitalSongSales chart.

This marks the third time that the K-pop band has achieved such success. According to Billboard, the group did it first on 8 September 2018, after the release of Love Yourself: Answer and then on 7 March 2020 with Map of the Soul: 7.

About Proof, the anthology album

Proof sold 314,000 equivalent album units in the US by 16 June, reported The Hollywood Reporter, citing a Luminate report, where CD sales brought in the majority of the sales.

It was released as digital downloadable content with 35 tracks and a streaming album. It also had an expanded version, which was a 48-track album on CDs.

bts BTS singers Music album BTS ARMY Proof Billboard 200 Billboard chart
Trinetra Paul
An ardent foodie, Trinetra seeks every opportunity of travelling and writing. Storytelling and slam poetry are her go-to jam. Her lazying around ideas includes binge watching and whipping up some snacks or searching the next place to visit.
Sign up for our newsletters to have the latest stories delivered straight to your inbox every week.