‘Halahal’ on Eros Now: The crime thriller is based on this true story

Culture
‘Halahal’ on Eros Now: The crime thriller is based on this true story
Share this article
Next article

Halahal on Eros Now starts streaming on September 21. The movie is based on true events and has a powerful cast.

Crime thrillers have been the go-to genre for most OTT releases this year, and the latest to join the group is Halahal. An Eros Now Original movie, the plot is centred around a father seeking the truth and justice about his daughter’s death.

It has been directed by Randeep Jha, who’s assisted direction for movies like Ugly (2013) and Shanghai (2012) and acted in Lust Stories (Anurag Kashyap‘s segment). It stars the veteran character actor Sachin Khedekar, who’s appeared in numerous movies over the years, including Rustom, Toilet: Ek Prem Katha, Guru, Singham. The other lead is Barun Sobti, famous for his television series Iss Pyaar Ko Kya Naam Doon and has also acted in The Great Indian Dysfunctional Family, Asur: Welcome To Your Dark Side, and others.

The real story of Halahal –

“A death, a botched up investigation, and the pursuit of a grieving father!” is the official summary of the movie. It has been inspired by real events, where a girl’s burnt body is found on a highway. The police try to shut down the case by calling it a suicide, but the girl’s father is not convinced. He begins a search for the truth and seeks justice for what he believes to be the murder of his daughter. He’s joined by a police officer on this journey to help him. And despite being warned of the dangers of the people he’s going after, the father’s love for his daughter doesn’t stop him in his struggle to find the truth.

The movie is set in the backdrop of the Vyapam Scam that was found out in 2013. It was a scam related to admissions and government recruitment in Madhya Pradesh, and had mysterious deaths linked to it. 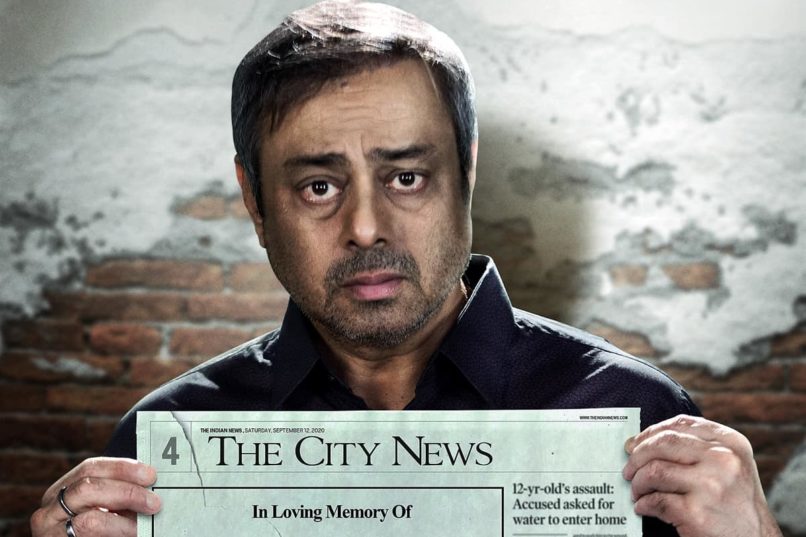 He plays Dr. Shiv Sharma, the father who lost his daughter in a bizarre incident. He doesn’t believe that her burnt body on the side of a road could be suicide. And is convinced that it is murder, leading him to take the help of a cop to uncover the truth about her death.

ALSO READ: Everything about the Zee5 Original movie London Confidential

The television star is known for his appearances in series, and this time he plays a corrupt but goodhearted cop – Inspector Yusuf. While he starts out with discouraging Dr. Sharma regarding his fight for justice, he doesn’t stop supporting him along this difficult path.