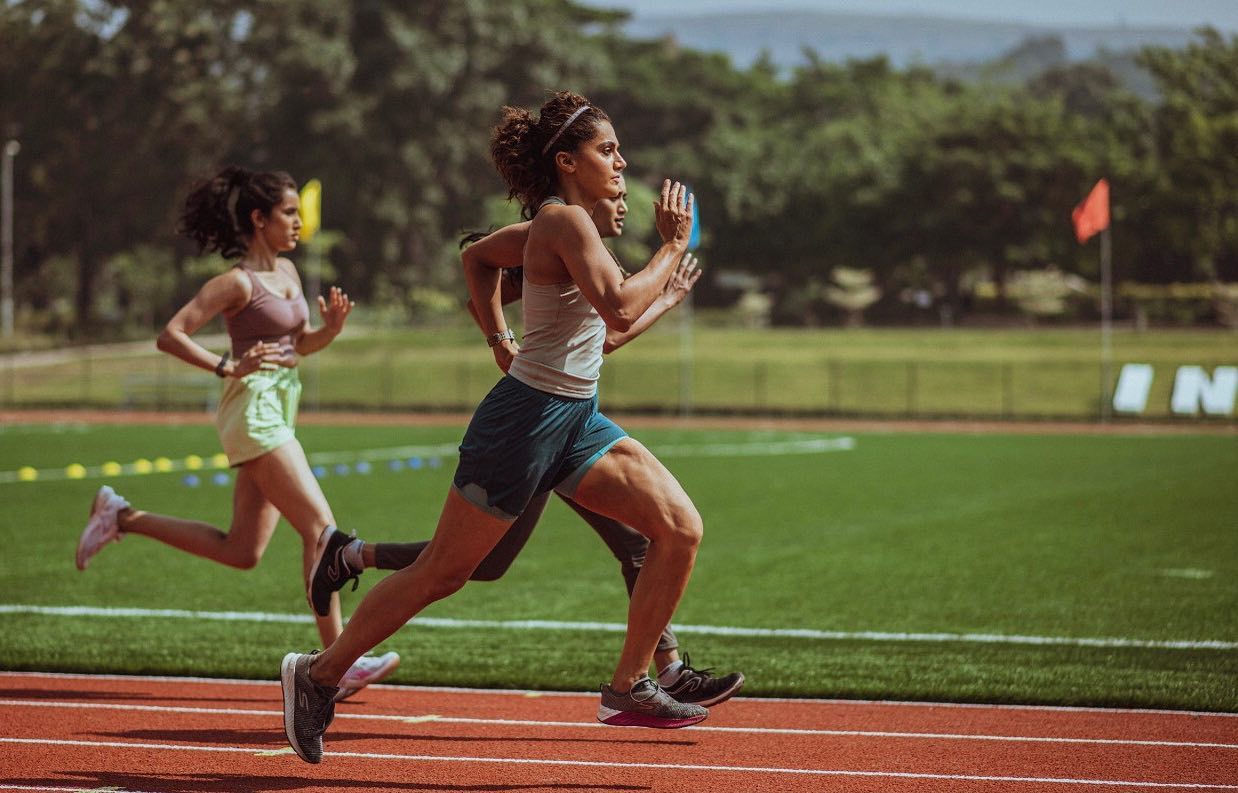 Directed by Akarsh Khurana, Tapsee Pannu’s new film Rashmi Rocket is now streaming on Zee5. And we can’t wait to binge it this long weekend. Here’s all about the Rashmi Rocket teaser and film. 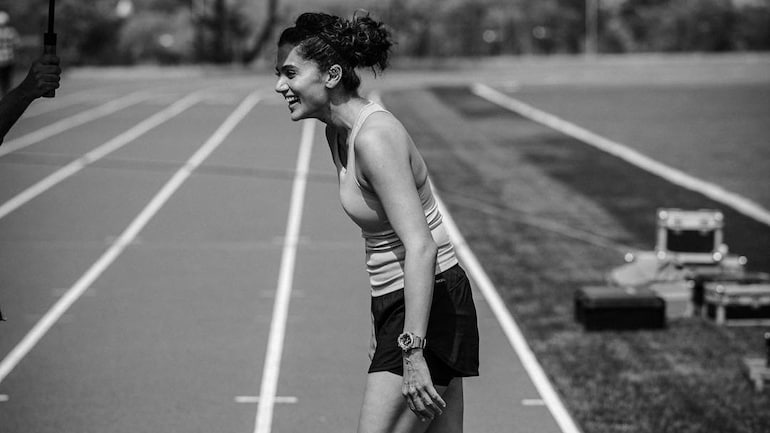 Tapsee Pannu has been busy lately, running and upping her fitness regime. We saw her on the tracks with pronounced thigh muscles. Yes, she had been prepping for her new movie, Rashmi Rocket, playing the role of an athlete for the Indian sports team. It is now out on Zee5, exposing more than her acting chops.

The plot of Rashmi Rocket made us reminisce about Indian professional sprinter Dutee Chand, who also became India’s first athlete to openly come out as a member of the LGBTQ+ community in 2019. Chand had made headlines and rocked the country, 19 at the time, after filing a case not just for her disqualification but also discrimination against athletes for atypical sex development.

This is what Rashmi Rocket tries to expose — the plight of athletes who undergo gender testing based on their performance.

Rashmi Rocket is about a village girl who wants to compete in the World Championships for India. The runner may have become an inspiration back home, but things take a pretty dramatic turn when she realises the exploitation that female athletes face in the name of gender testing. When her body type does not conform to the conventional female cut, she is barred from the sport after being proclaimed ‘not a woman.’ Her achievements, medals, fame, all snatched away in a matter of seconds when she’s accused of lying about her gender and competing in women’s games. Thus begins her battle against the athletics association for regaining her respect and to maintain her identity and return to the race of life.

The way Taapsee Pannu has gotten into the skin of her character, with a near-perfect athletic body, mannerism, and on-field action, is what makes Rashmi Rocket stand out. Priyanshu Painyuli plays an army officer who falls in love with Rashmi and Abhishek Banerjee plays a lawyer who represents her in a human rights case.

Taapsee called Rashmi Rocket a “differently special” film. She added, “I’ve always been approached when either the script or the director is ready to make the film but one line of this story fell in my lap in Chennai and then from there to it becoming a full-fledged film has been a feeling I haven’t experienced with any other film before. Everyone was just so sure about the story from day one. I’m extremely proud of it.”