Home > Culture > Entertainment > Review: Nominated for Oscars 2019, Glenn Close is astounding in and as The Wife 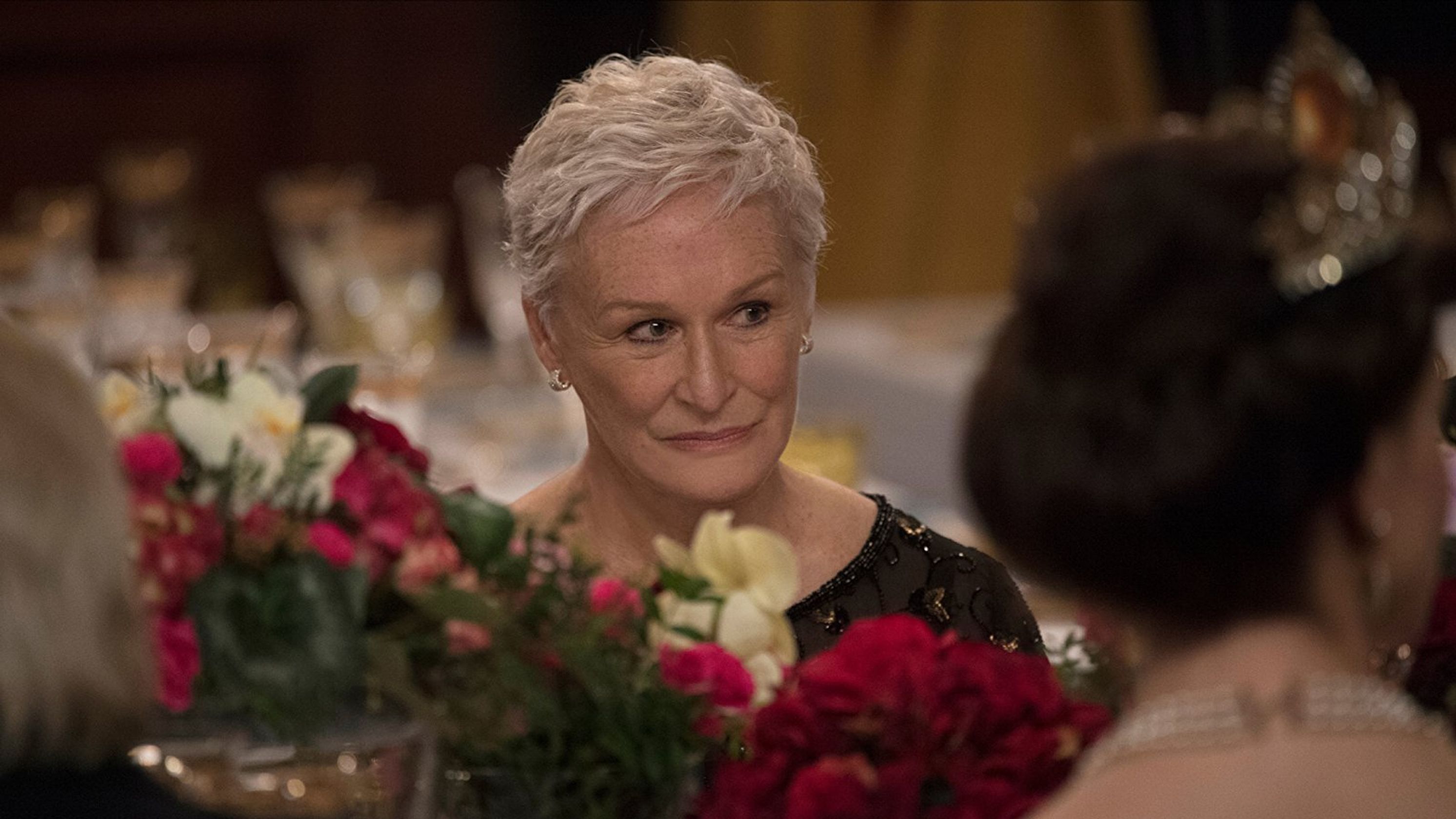 Review: Nominated for Oscars 2019, Glenn Close is astounding in and as The Wife

Culture
Review: Nominated for Oscars 2019, Glenn Close is astounding in and as The Wife
Share this article
Next article

The Wife opens with an elderly couple receiving an early morning phone call, before they are even out of bed. The husband (Jonathan Pryce) answers and asks the caller to wait till his wife (Glenn Close) picks up the other line to hear the news that is about to be shared. In the next few seconds, it is known that Joseph Castleman (Pryce) has been conferred the Nobel Prize for Literature. But what stays with us, the audience, are the myriad emotions that reflect on Close’s face.

And that is just the first glimpse of what is an outstanding performance by Close in The Wife. Her eyes and expressions speak volumes, and as the film progresses, it becomes apparent that this is among her best work. One which has already bagged her some of the biggest 2019 Best Actress awards – the Golden Globes, Critics Choice Movie Awards, and the Screen Actors Guild Awards, and a BAFTA nomination. And with Oscars 2019 close, where Close has notched her seventh Oscar nomination, one sincerely hopes for another first. Based on a novel by the same name by author Meg Wolitzer, The Wife has been adapted for the screen by director Bjorn Runge. The movie throws open the marriage dynamics shared by Joseph and Joan, where he is the literary genius and she is the caregiver. From his medicines to his schedule and his diet, she closely monitors it all. To the extent of pointing out food crumbs in his beard even as he is being photographed by the press. It’s obvious Joseph is her world.

Joseph on his part showers his wife with immense attention and makes it a point to mention her and thank her at all the congratulatory celebrations that follow the announcement of his Noble Prize win. It is only when the couple is on their flight to Stockholm for the actual presentation accompanied by their son David (Max Irons) that the cracks in their relationship begin to show. 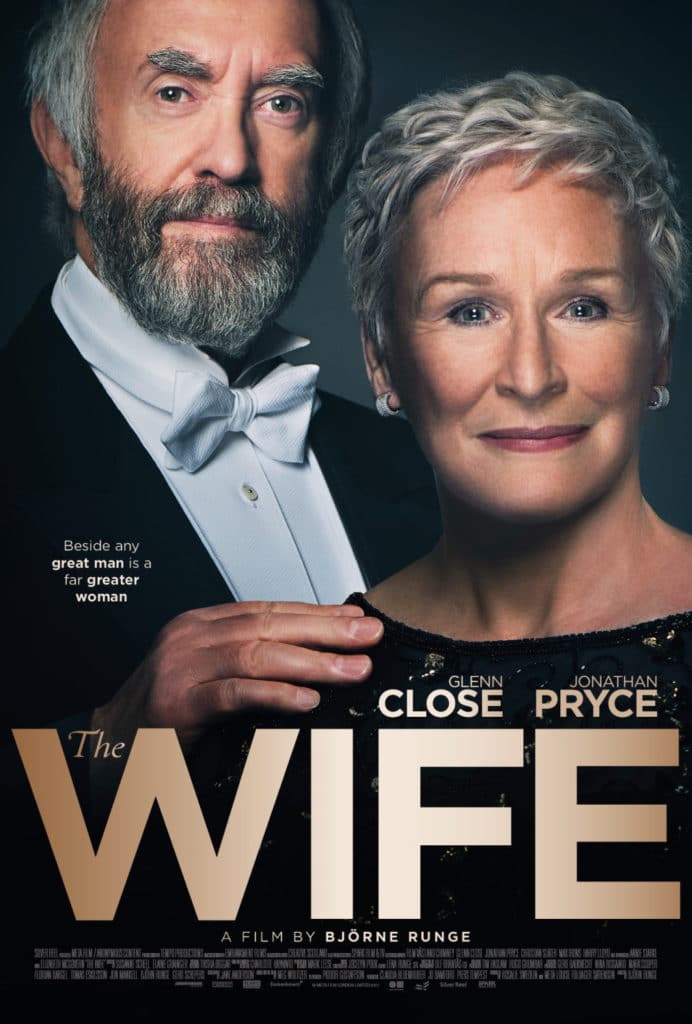 The family is also being trailed by Nathaniel (Christian Slater), commissioned to write a biography on Joseph, warts and all. While Joseph rebuffs his advances on the flight, he manages to befriend Joan and David in Stockholm.

In Stockholm, the Castlemans equations with each other come to the fore, with Joan often playing the pacifying mother and wife to soothe Joseph and David’s strained relationship. As Joseph’s date with his Noble Prize presentation draws closer, Joan gets into a reflective, pensive mood – almost as though she would like to disassociate herself from the euphoria surrounding his win. In she even tells him not to mention her in his winning speech at the presentation, because she says she doesn’t want to come across as the “long suffering wife”. And a series of flashbacks begin to unravel the layers to their forty year old marriage. 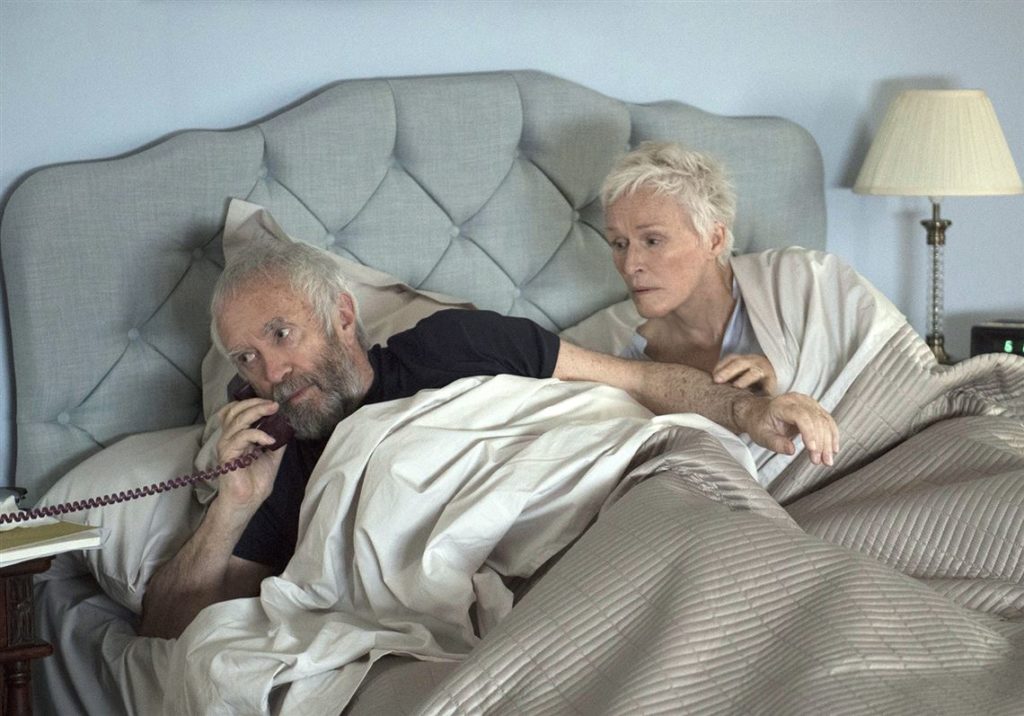 While the narrative steers towards a predictable arch and some portions seem contrived, it is Close keeps you completely invested in this film. The actress, who has enthralled movie watchers with her formidable work in films like Fatal Attraction, Dangerous Liaisons, and Maxie, displays her character’s emotional graph fabulously in The Wife.  It is a delight to watch Close with her swaying emotions, resentment, grief, and pride being reflected mostly through her expressions and eyes, beautifully captured in tight close ups. It is an astounding performance, one that can be watched over and over again. A compelling act by Johnathan Pryce as the entitled and arrogant Joseph, the gorgeous cinematography, and the lilting background score add another dimension to the film.