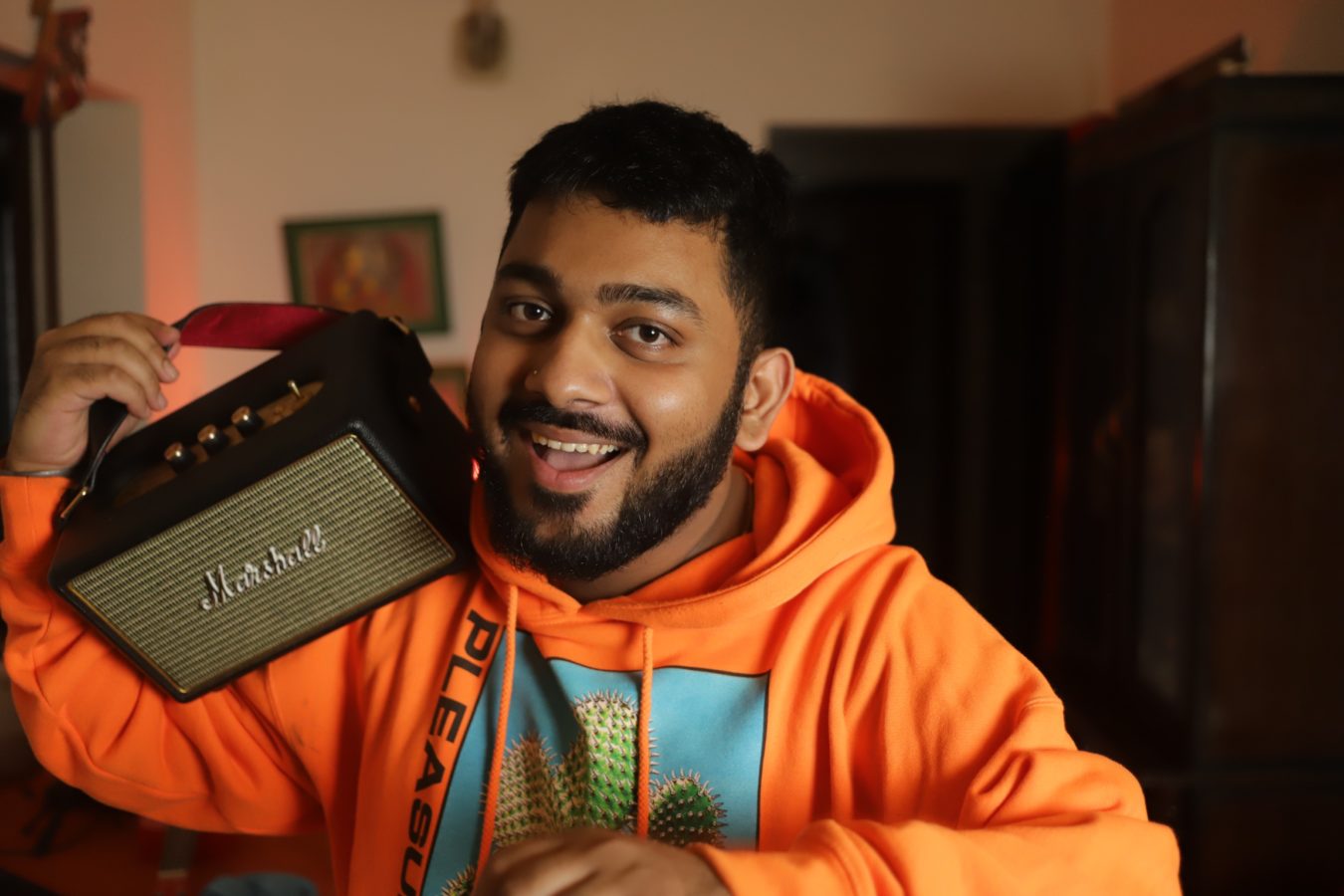 Music producer, DJ, and singer Ritviz speaks on his latest work, the score for the YouTube mini-series Cabin Fever.

The pandemic bedlam hasn’t been easy on anyone. What makes things a tad bit easier is knowing that the experience is a shared one. And that’s where Cabin Fever wins. The three-part series on YouTube that debuted in May captures the dilemmas that cropped up during the months of lockdown and the following unlock. Shown through the eyes of a millennial couple and their ups and downs—from pesky parents and jobs (or lack thereof) to relationship struggles and how they cope with COVID-19 imposed restrictions—what stands out is the simplicity with which layered human behaviour has been depicted.

Directed by Pranav Bhasin, whose previous mockumentary, The Wolf of Chawl Street won the Silver Gateway at Mumbai Film Festival 2017, the last of the ‘episodes’ was uploaded this month. The series has already amassed over a million views.

What also stands out is the score, composed by Ritviz. The young star of the Indian independent music scene has created a remix of American singer Lauv’s Modern Loneliness for the series, apart from featuring the original tracks Liggi and its spontaneous energy, Thandi Hawa that celebrates life during a pandemic, and Roshni that conveys anxiousness. It also marks the first step into storytelling for Ritviz, who up until now has concentrated on producing music.

The 23-year-old exploded onto the indie music landscape with the All India Bakchod (AIB)-Bacardi House Party sessions in 2018 with his Udd Gaye. However, that wasn’t his first achievement. Trained in Hindustani classical music from the age of six, he had already composed his first song by 10, and released his debut EP Vizdumb in 2014, followed by Yuv (2016) and Ved (2019). His electronic dance music is heavy on bass, and carries influences of classical training.

He’s also shared the stage with the likes of Diplo at the Life in Colour Festival (2018) and Katy Perry and Dua Lipa at the OnePlus Music Festival (2019). That’s a lot for someone who hasn’t even hit the quarter-life crisis yet. However, Ritviz says he’s never followed a curated process to make all this happen. “The creative process is mood-driven. There is not any set of consistency around my music. When I am in an inconsistent zone, I prefer to learn more about music.”

Ritviz spoke about Cabin Fever and how his personal music journey has unfolded.

What made you collaborate for Cabin Fever?

The reason is quite personal to me. I started the same way with Bacardi Sessions and All India Bakchod (AIB). I wanted to do something similar on my channel. When Jugaad Motion Pictures came to me with Cabin Fever and introduced me to Pranav (Bhasin), I knew this was my commencement point to give a platform to new and emerging talent. The script and the direction were brilliant and immediately got my attention. I guess I felt it’s my time to give a platform the same way I received one to showcase my talent.

What made you expand to storytelling beyond your music?

I have always tried to portray a visual story through my music. I feel people resonate and connect with music via the act of storytelling. We hope to turn my music channel into a platform for emerging artists, to inculcate new talent. So, that’s the goal. We are going to do web series, movies, all infused and aligned with my music.

How was this creative collaboration with Jugaad Motion Pictures and Pranav Bhasin?

Honestly, it was impeccable. Jugaad is family to me. It just comes naturally between us, and henceforth the trust, creative flow, our vision, respect for each other’s work comes organically. When Jugaad introduced me to Pranav, it was an instant appreciation of Pranav’s work. What a genius! Everything fell into place and it just sort of fit somehow.

How has your personal lockdown journey been?

Before constant touring in my life, I have had quite a stable schedule. There was a routine in my life, a sense of timing and that’s how I always led my life usually, especially to produce my music.

Then touring started and two years of being on tour, there was no sense of routine for me. The schedule always revolved around the next flight available, in different cities, playing my set at different times. This schedule was quite the opposite of what I was used to earlier. My main learning would be staying in touch with the routine, and building one too. This lockdown brought some kind of stillness. It was like going back to the calm in my mind where I was at just one place making my music.

Trained in Hindustani classical, what led you towards dance music and DJing? And while your music has Hindustani influences, will you ever create songs that fully focus on it?

My love for EDM grew because it was popping at that time, it still is. I felt EDM has always been an attractive genre. Hindustani classical and EDM are two worlds and being so separate, they also acted as two sides of the spectrum. So, that was pretty exciting for me. I found the combination uniquely different and that’s what made me infuse them together. DJing was mostly a means to play my music, it worked as a catalyst for me to perform.

A track purely Hindustani classical? (Laughs). I can give that a try. Although to be honest, genre-specific music is something that does not interest me that much. Fusion is more my style. I will only chase non-conventional stuff. 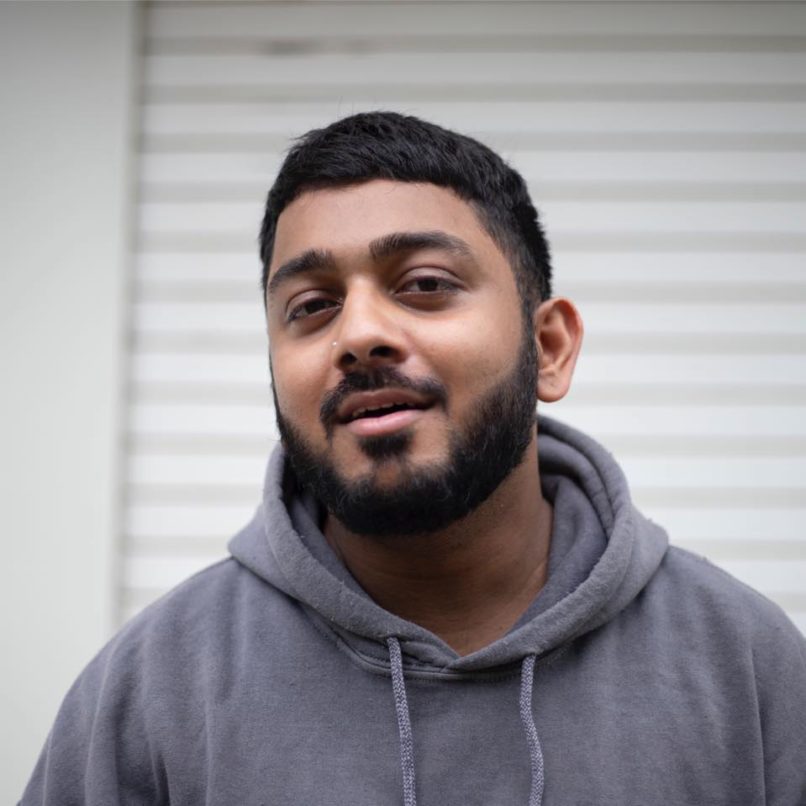 How has the independent music industry changed in the last seven years? And how has your personal journey fit into that?

Regarding my journey, I feel I am a misfit. We don’t fit into the status quo. I feel we are very outside of our zone, breaking stereotypes, and always learning. I hope to be that always.

Interview New Releases Indie music Indian Musicians Youtube Series Ritviz Cabin Fever
Megha Uppal
Senior Associate Editor
An innate love for travel and food has translated into many a trips since childhood for Megha; it also fed her curiosity to know about local cultures. When not writing, she is on the lookout for three things: A great dark chocolate dessert, a beautiful pool where she can practice her backstroke, and art that she can save up for.
Travel Culture Food Drinks