The 2023 Oscar nominations were just announced and well, RRR fans had LOTS to celebrate. The film was nominated for an Academy Award for its electrifying song ‘Naatu Naatu’ in the Best Original Song category. M. M. Keeravani and  Chandrabose, who had earlier won the Golden Globe and the Critics Choice Award, will be up for the Oscar when the winners get revealed on 12 March 2023.

This year’s Original Song nominees are music to our ears. #Oscars #Oscars95 pic.twitter.com/peKQmFD9Uh

While RRR  did get nominated for ‘Naatu Naatu’, there was a fair share of disappointment as well since folks were hoping for nominations for the film in Best Picture and for S. S. Rajamouli in Best Director. Nevertheless, ‘Naatu Naatu’s’ nomination is history-making as this is the first time a Telugu song is being recognised by the Academy.

Twitter was in quite the celebratory mood after RRR’s nomination was announced by presenters Riz Ahmed and Allison Williams.

Proud and privileged to share that #NaatuNaatu has been nominated for Best Original Song at the 95th Academy Awards. #Oscars #RRRMovie pic.twitter.com/qzWBiotjSe

LET’S NAATU NAATU!
RRR JUST GOT NOMINATED FOR AN OSCAR 🕺💃

And there it is:
Best Song (“Naatu Naatu”)

RRR earlier won at the Critics Choice Awards as well

The winner’s list at the 2023 Critics Choice Awards included popular names like Brendan Fraser and Cate Blanchett. While Fraser won for his heartbreaking performance as an obese man in Darren Aronofsky’s The Whale, Blanchett took home the award for her triumphant performance in Tár. Everything Everywhere all at once, which led with 14 nominations, took home the big prize for Best Picture.

Cate Blanchett said to stop pitting women against each other and she’s so right!#CriticsChoiceAwards pic.twitter.com/L8gGuTEpvi

S. S. Rajamouli, who was in attendance, also took to Twitter to share how James Cameron, the visionary director of films like Titanic and Avatar: The Way of Water was a fan of the film. Cameron like the movie so much that he even made his wife see it.

The great James Cameron watched RRR.. He liked it so much that he recommended to his wife Suzy and watched it again with her.🙏🏻🙏🏻

Sir I still cannot believe you spent a whole 10 minutes with us analyzing our movie. As you said I AM ON TOP OF THE WORLD… Thank you both 🥰🥰🤗🤗 pic.twitter.com/0EvZeoVrVa

‘RRR’ had 5 nominations at the Critics Choice Awards

RRR wins best foreign film at CCA — every bit of awareness helps get more folks to watch it! I introed myself to S.S. Rajamouli and my tablemate Jim Cameron admires the movie too.

RRR  was also nominated in other categories like Best VFX, Best International Film, and Best Original Song for ‘Naatu Naatu’, the latter two of which it won.

Avatar: The Way of Water
Babylon
The Banshees of Inisherin
Elvis
Everything Everywhere All at Once (winner)
The Fabelmans
Glass Onion: A Knives Out Mystery
RRR
Tár
Top Gun: Maverick
Women Talking

Everything Everywhere All at Once had led with 14 nominations

Top on the leaderboard of nominations was Everything Everywhere All at Once which bagged a whopping 14 nominations. These included nominations for Michelle Yeoh, Stephanie Hsu, and Jaime Lee Curtis. The film was also nominated in craft categories like Costume Design, Production Design, and Film Editing.

Last week at the 80th annual Golden Globe, ‘Naatu Naatu’ made history by becoming the first Telugu song to win the award for Best Original Song. In doing so, it beat popular names from the music industry like Lady Gaga, Rihanna and Taylor Swift. Its win here, along with its recent win at the 2023 Critics Choice Awards has cemented its status as the frontrunner for the Oscar. Speaking of which…

#RRRMovie’s “Naatu Naatu” sliding onto that #Oscars shortlist for Best Song as if there were any doubts. It’s unforgettable, irrepressible & infectious. Next up: winning that gold trophy. 🥳 #OscaRRRs #RRRForOscars pic.twitter.com/J43rhetCC8 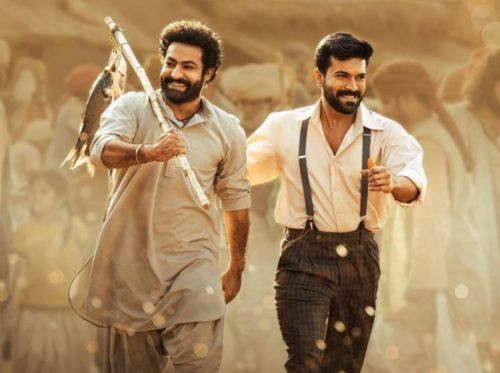 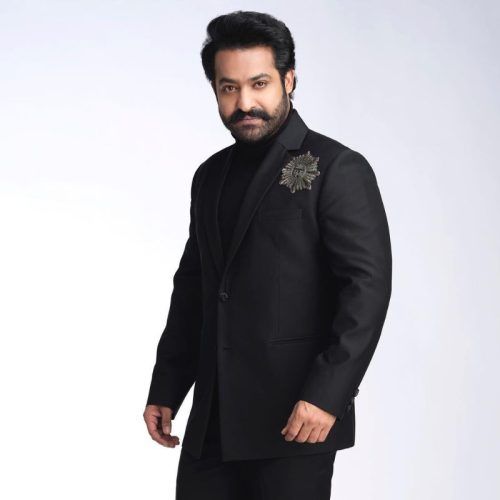 RRR wasn’t the only film that made India proud by appearing in the shortlists. Chhello Show (Last Film Show), India’s submission for International Feature Film, was also shortlisted as one of 15 films vying for the Oscar nomination. This shortlist mention is quite interesting since there had been a fair bit of controversy about Chhello Show’s selection as India’s submission in this category, ironically over RRR. Also of note was the shortlist mention for Joyland, which marks the first time Pakistan’s submission was shortlisted in this category.

Pretty cool seeing 4 very different Asian films on the list. Have written about them all:

Taylor Swift was snubbed for ‘All Too Well: The Short Film’

Taylor Swift’s ‘All Too Well: The Short Film’ did not make the Oscars shortlist for Best Live-Action Short Film. pic.twitter.com/KQjWtpVIO1

A noticeable snub was seen in the Live Action Short Film category where Taylor Swift was looked over for her 15-minute short film and music video for All Too Well.

Check out all of the Oscar shortlists below:

All Quiet on the Western Front
Amsterdam
Babylon
The Batman
Black Panther: Wakanda Forever
Blonde
Crimes of the Future
Elvis
Emancipation
The Whale

All Quiet on the Western Front
Avatar: The Way of Water
Babylon
The Batman
Black Panther: Wakanda Forever
Elvis
Everything Everywhere All at Once
Guillermo del Toro’s Pinocchio
Moonage Daydream
Top Gun: Maverick

All Quiet on the Western Front
Avatar: The Way of Water
Babylon
The Banshees of Inisherin
Black Panther: Wakanda Forever
Devotion
Don’t Worry Darling
Everything Everywhere All at Once
The Fabelmans
Glass Onion: A Knives Out Mystery
Guillermo del Toro’s Pinocchio
Nope
She Said
The Woman King
Women Talking

‘Time’ from Amsterdam
‘Nothing is Lost (You Give Me Strength)’ from Avatar: The Way of Water
‘Lift Me Up’ from Black Panther: Wakanda Forever
‘This is a Life’ from Everything Everywhere All at Once
‘Ciao Papa’ from Guillermo del Toro’s Pinocchio
‘Til You’re Home’ from A Man Called Otto
‘Naatu Naatu’ from RRR
‘My Mind & Me’ from Selena Gomez: My Mind & Me
‘Good Afternoon’ from Spirited
‘Applause’ from Tell It Like a Woman
‘Stand Up’ from Till
‘Hold My Hand’ from Top Gun: Maverick
‘Dust & Ash’ from The Voice of Dust and Ash
‘Carolina’ from Where the Crawdads Sing
‘New Body Rhumba’ from White Noise

All That Breathes
All the Beauty and the Bloodshed
Bad Axe
Children of the Mist
Descendant
Fire of Love
Hallelujah: Leonard Cohen, a Journey, a Song
Hidden Letters
A House Made of Splinters
The Janes
Last Flight Home
Moonage Daydream
Navalny
Retrograde
The Territory

Black Slide
The Boy, the Mole, the Fox and the Horse
The Debutante
The Flying Sailor
The Garbage Man
Ice Merchants
It’s Nice in Here
More than I Want to Remember
My Year of Dicks
New Moon
An Ostrich Told Me the World Is Fake and I Think I Believe It
Passenger
Save Ralph
Sierra
Steakhouse

American Justice on Trial: People v. Newton
Anastasia
Angola Do You Hear Us? Voices from a Plantation Prison
As Far as They Can Run
The Elephant Whisperers
The Flagmakers
Happiness Is £4 Million
Haulout
Holding Moses
How Do You Measure a Year?
The Martha Mitchell Effect
Nuisance Bear
Shut Up and Paint
Stranger at the Gate
38 at the Garden 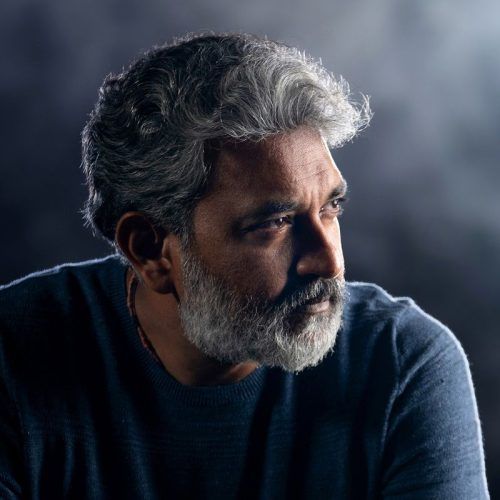 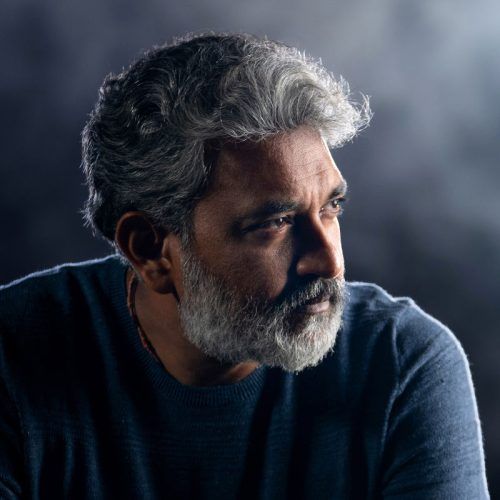 Aftersun
Avatar: The Way of Water
The Banshees of Inisherin
Everything Everywhere All at Once
The Fabelmans
Glass Onion: A Knives Out Mystery
RRR
Till
The Woman King
Women Talking

These top 10 films are chosen after the Best Film of the year gets named in NBR’s annual awards. This year, that honour was bestowed upon Top Gun: Maverick. The other winners at NBR’s awards were:

The New York Film Critics Circle had earlier presented their annual awards and there was a name on the list of winners that was a pleasant surprise – S. S. Rajamouli. The ace director, who is already responsible for the most successful Indian film of all time, might also make history by becoming the first Indian to be nominated for the ‘Best Director’ category at the Oscars.

Members of the Indian film industry also took to Twitter to celebrate S.S. Rajamouli’s special win. Cast members Oliva Morris and Jr. N.T.R. were the first to congratulate, along with other prominent directors, actors, and film critics.

A huge congratulations! It was an honour working with you @ssrajamouli 👏🏼👏🏼👏🏼 https://t.co/DfRB6nHCwY

Congratulations Jakkanna @ssrajamouli. This is just the beginning of your journey to worldwide glory. It’s time for the world to know what I knew about you all along. https://t.co/QhHtncQHYw

This is incredible. #RRR https://t.co/2YcvcMwrIf

Other winners at the NYFCC awards include Cate Blanchett for Tár (Best Actress), Collin Ferrell for The Banshees of Inisherin and After Yang (Best Actor), Ke Huy Quan for Everything Everywhere All At Once (Best Supporting Actor), and Keke Palmer for Nope (Best Supporting Actress). Tár also took the top prize and won Best Picture, while The Banshees of Inisherin won Best Screenplay.

Doing my impression of @ImAngelaBassett for Angela was too good!! Thank you for having me @VanityFair. I had so much fun ❤️❤️ pic.twitter.com/1FZU5d7Jlu

S. S. Rajamouli’s win is quite significant as the NYFCC awards tend to be a bellwether for the Oscars. Previous winners who have gone on to win the Academy Award for Best Director include Jane Campion (The Power of the Dog), Chloe Zhao (Nomadland), and Alfonso Cuarón (Roma).

Understanding the likelihood of his history-making nomination, Rajamouli has also been on the campaign trail lately. He has been giving interviews to film journalists and organisations around the world and even attended the Oscar’s Governors Awards.

What Is RRR’s plot about?