Sandeep Aur Pinky Faraar, starring Parineeti Chopra and Arjun Kapoor, is Dibakar Banerjee’s newest black comedy, which releases today. And here’s why you shouldn’t skip it: Benefit of the doubt. 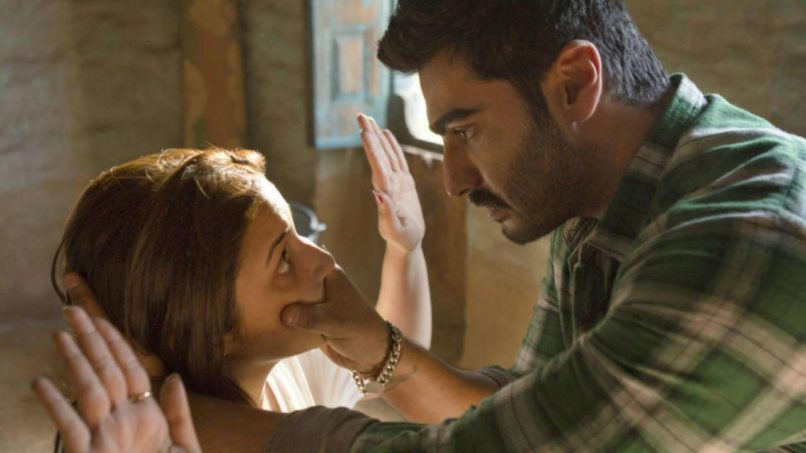 In the works since 2017, Sandeep Aur Pinky Faraar was supposed to release in early 2020, but the pandemic had other plans. Finally releasing in theatres today, this salty new black comedy by Dibakar Banerjee underlines the juxtaposition between class and capitalism. Filmed in Delhi’s Mahipalpur and Pithoragarh in Uttarakhand, the premise of the movie revolves around Sandeep Kaur (Parineeti Chopra), a polished employee at a corporate bank and Pinky Dahiya (Arjun Kapoor), a ruthless Haryanavi Police Officer.

While the film comes across as a typical girl-meets-boy in a chaotic situation, there’s more to it than meets the eye. And this is where Dibakar Banerjee’s genius enters the stage. Famed for movies such as Khosla Ka Ghosla (2006), Oye Lucky! Lucky Oye! (2008), Love Sex Aur Dhokha (2010), Bombay Talkies (2013), and Detective Byomkesh Bakshy! (2015), Banerjee channels a twisted story via a fast-paced plot.

Sandeep meets Pinky in an unlikely situation while trying to escape a murder attempt, which Pinky soon realises is problematic for him, too. With bleak prospects, they set out on a journey where all roads eventually lead to romance. And it’s also in the second half that we meet Kartaar Singh (Pankaj Tripathi), Ponga Asti (Jaideep Ahlawat), and Neena Gupta. However, the borrowed comedic innocence at the forefront only acts as a facade, artfully supporting the dark reality of the class divide. This is exactly what Banerjee tries to exhibit in his latest creation; what happens when two people from different class backgrounds are tied in a complex situation where death may be the only option out.

Counting on the many hits that Banerjee has given us and Chopra’s recent acting chops, along with skills by Tripathi and Gupta, Sandeep Aur Pinky Faraar feels like a slow burn with a sleeper hit potential.