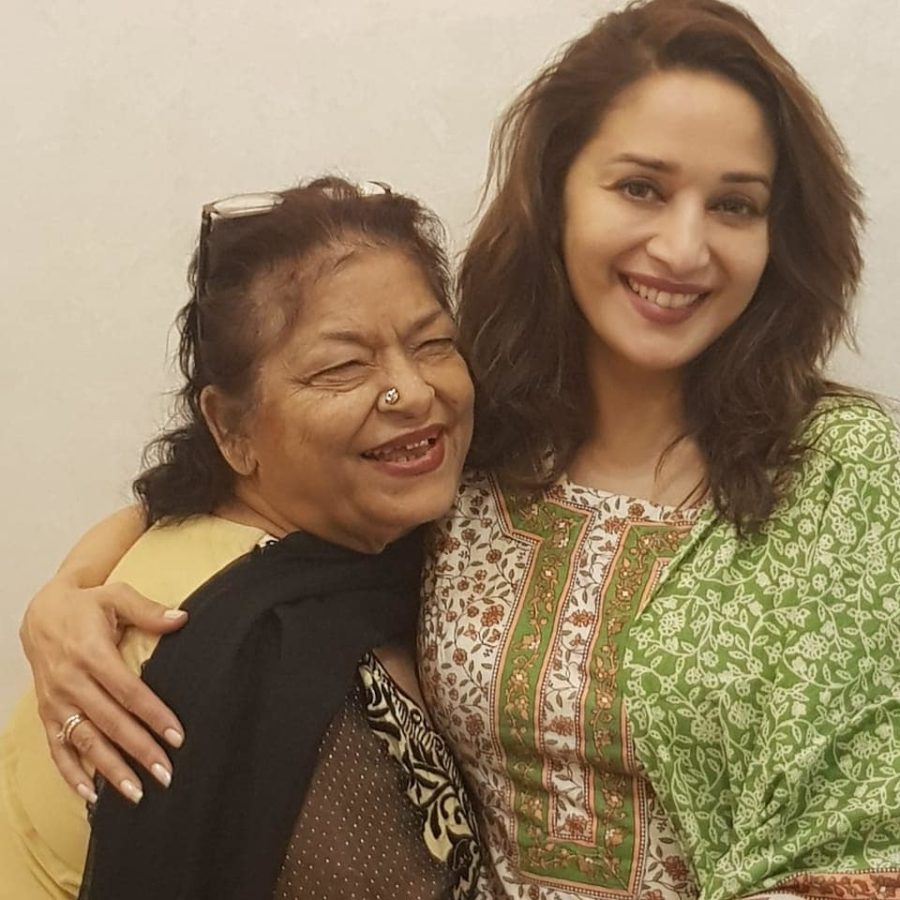 The legendary Bollywood choreographer, Saroj Khan, passed away on July 3. Here are 10 of the best songs and dance moves to remember Saroj Khan by.

That 2020 is not a good year is no news. Amidst everything going on in the world, Bollywood has suffered its own losses–from Irrfan Khan and Rishi Kapoor, to Sushant Singh Rajput. And this morning, we woke up to the news of legendary choreographer Saroj Khan passing away. The most influential in her genre, Khan had a career that spanned over 40 years, during the course of which she is said to have choreographed over 2,000 songs. Her work with Sridevi and Madhuri Dixit Nene is the most renowned–she shot to fame with the former’s ‘Hawa Hawai’ dance in ‘Mr. India’. Khan was the one who made Madhuri the ‘Dhak Dhak’ girl and choreographed her for steps that are recalled till date, like ‘Choli Ke Peeche Kya Hai’. In the recent years, she’s worked on films like ‘Jab We Met’, ‘Manikarnika’, and ‘Guru’, amongst others. Her last movie was ‘Kalank’.

Having given these memories to Bollywood and its fans, the veteran passed away early this morning due to cardiac arrest. As we mourn the loss of another Bollywood icon, here are 10 of the dance steps she introduced that will be etched in memory forever, and celebrate her legacy in the best way.

She choreographed two leading ladies of Bollywood, lighting up the screen like never before. Both Madhuri and Aishwarya Rai Bachchan helped make it the song of the generation. It is is still danced to and is actively a part of pop culture 18 years since it came out, proof of the legend of Saroj Khan.

Khan’s choreography, Aishwarya bringing it alive on screen, and with trademark majestic Sanjay Leela Bhansali sets — the song had all the makings of a classic right from the start.

80s and 90s kids will recall how iconic this song was. It was the song that shot Madhuri to fame, the song most associate with her. Another choreography that’s not going being forgotten anytime soon. One of best songs of Saroj Khan ever.

This was the song that sparked off the journey of fame for Saroj Khan. And you have to see it to know why.

The snake step. Enough said. Like it or laugh at it, it’s here to stay.

This song from ‘Beta’ brought sensuality to Indian screens like never before. And nobody other than the Madhuri and Saroj Khan pairing could’ve carried it off with such finesse.

So popular is this song till date that it was recently remixed for the 2017 ‘Badrinath ki Dulhania’, starring Alia Bhatt and Varun Dhawan. Blame it on nostalgia, but there’s nothing to beat the original — an unforgettable number with its grunge-meets-rock overtones, Madhuri and Sanjay Dutt.

Saroj Khan choreographed this simple and sweet dance. Much more mellow than her usual choreographies, yet just as impactful.

One of the most loved films of recent times, ‘Jab We Met’ had this song that is guaranteed to you smile every time it’s played. And its dance moves by Kareena Kapoor Khan are just as delightful.

Her last choreography, incidentally with Madhuri again. And while the movie ‘Kalank’ may not have done great, this song and dance will always be remembered as the final paring of the two icons who gave numerous hits to Bollywood.