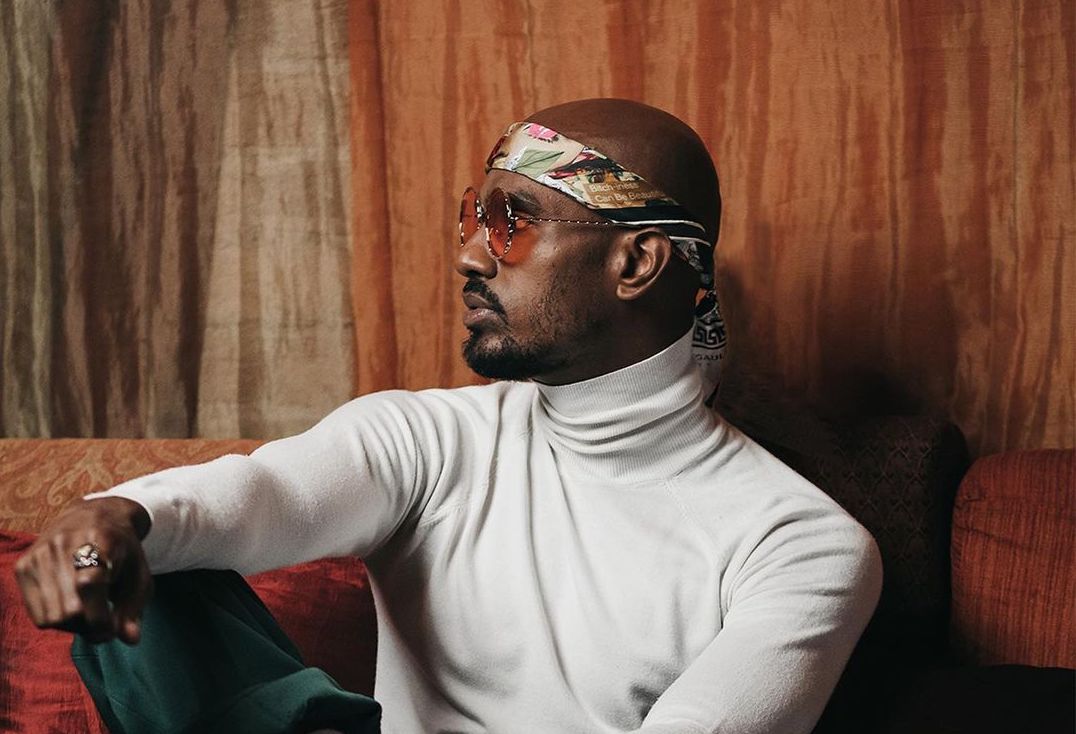 Shan Vincent de Paul talks rap, redemption, and resilience in his new album, ‘Made in Jaffna’

Jaffna-born, Toronto-based rapper Shan Vincent de Paul has been at the forefront of the South Asian rap scene for quite some time now. Celebrated for representing Tamil diaspora rather unapologetically via music, SVDP recently released his most personal album yet, consisting of 14 tracks and 12 new singles, out of which two are already out — Savage and Neeye Oli. 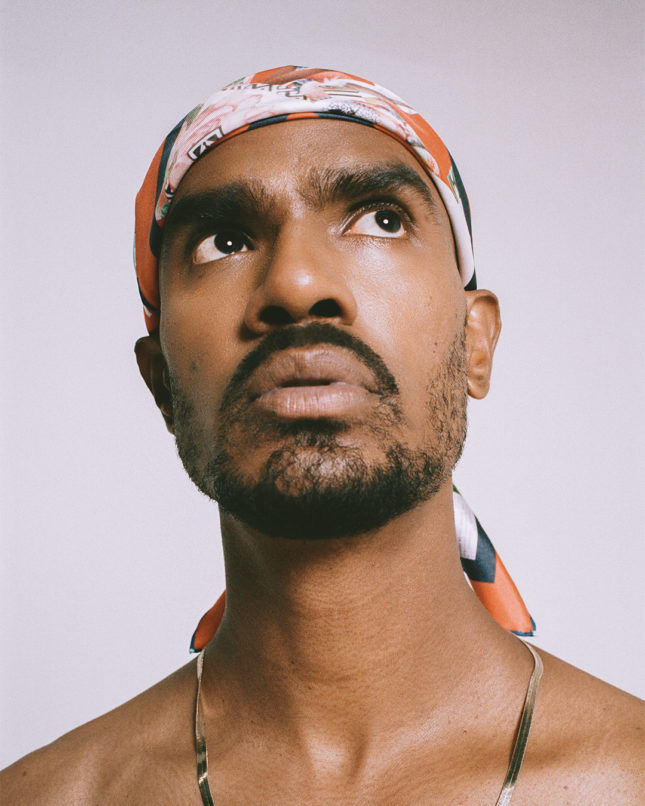 The rise of remembrance rap in the South Asian communities is at an all-time high, and several South Asian rappers, connected to their local roots, are helming the theme with saccharine pride. SVDP is another name who, after moving to Canada at a young age with his parents amidst the Sri Lankan civil war, found expression in music and art to narrate his inner-most thoughts and identity battles. Through his third album, Made in Jaffna, SVDP injects unabated beauty and realness into identity, perseverance, and reconciliation, finally learning to embrace the tenets of an outsider juggling multiple identities in a foreign land. SVDP spent four years recording this album, which exhibits his lyrical style and skilled production chops marvellously.

We connected with Shan Vincent de Paul on a Zoom call to discuss the significance of remembrance rap, his musical learnings, how he deals with stress, and more.

What prompted you to become a musician?

I don’t think anything prompted me, really. I’ve always been creative. Always a creative spirit. I’m the youngest of five boys and have been a loner in my family. I was always drawing, making something. And I think music, especially rap music, was what I gravitated towards in high school.

You moved from Jaffna to Canada as a refugee. How crucial has that growth period been for you as a musician?

How that period affected my art only happened afterwards. I reflect on it, but when you’re growing in your career, you seldom think about how it affects your growth. My experiences are ingrained in who I’m, but it’s juggling two cultures, really. Like any immigrant, becoming westernised and falling in love with Black American culture and still stay rooted in South Asian culture is at the centre of it. And this is where identity becomes crucial, too. The main thing is a Tamil artist trying to find his voice in a big pot of hip hop and rap music.

Tell us more about your Made in Jaffna, your third studio album.

It’s definitely my most personal album so far. And I know it’s a cliche for artists to say that when they release a new album, but it’s a story I’ve been waiting to tell my whole life. And I’ve finally found my voice to tell that story. It’s about telling the experiences of my community and family coming from Jaffna to Toronto. It’s also a commentary on the Tamil Eelam experience. Tamilians from Sri Lanka are often synonymous with suffering. Here, an artistic renaissance is booming, underlining redemption and resilience of South Asian communities. Via this album, I want to show others what we are capable of, and we are not about suffering any longer.

Is your new single Savage a commentary on colonizers?

Yes, that’s part of it. There are different layers to it, but the colonizer aspect envelopes most themes. The title is a tongue-in-cheek reference to the term colonizers used to describe us for eating with our hands. I wanted to write an ‘anti-hit’, something that didn’t pander to any kind of audience, sound or trend. It was a gateway to tap into a darker side without having to keep up the facade of a glossy, perfect world that we often see on social media.

Do you think music triggers the best kind of nostalgia?

It is prominent, yes. If you think about a song you heard years ago, you don’t think of its texture but any memories attached to it. And a great song is often only ruined by a terrible memory. 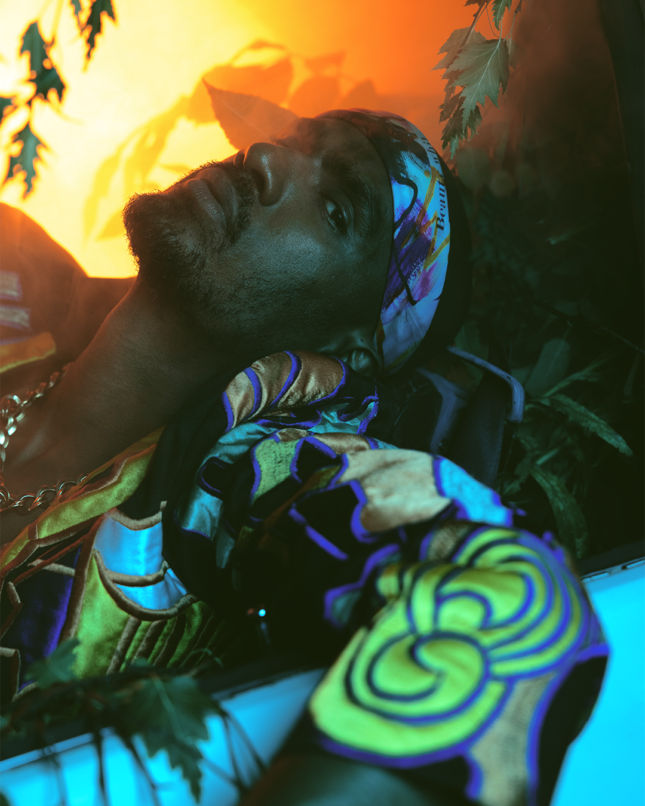 How has music influenced your life?

Music is my life. I don’t know life beyond music and art. I’ve been fortunate enough to know my purpose from a very young age, and I don’t take that for granted. I can also admit that I’m terrible at most things, but I’m good at art. It is a fabric of everything I do — how I dress, work, fatherhood, et cetera. Music is naturally therapeutic and cathartic. It’s fascinating how much you can pack by letting your creativity run free. I’m a vessel for all my thoughts that add to my music, and it’s constantly evolving.

How do you deal with stress and anxiety as an artist?

I meditate every day. But it’s also about surrounding myself with good energies. Most of my stress and anxiety comes from creative problems. And when that happens, I have to take a step back and realise it’s a blessing. Creative stress in the grand scheme of things is not stressful at all. I’m living my dream, and stress is a part of it. If you’re making art when you’re comfortable, I don’t know how effective that is. Great art comes from being uncomfortable. 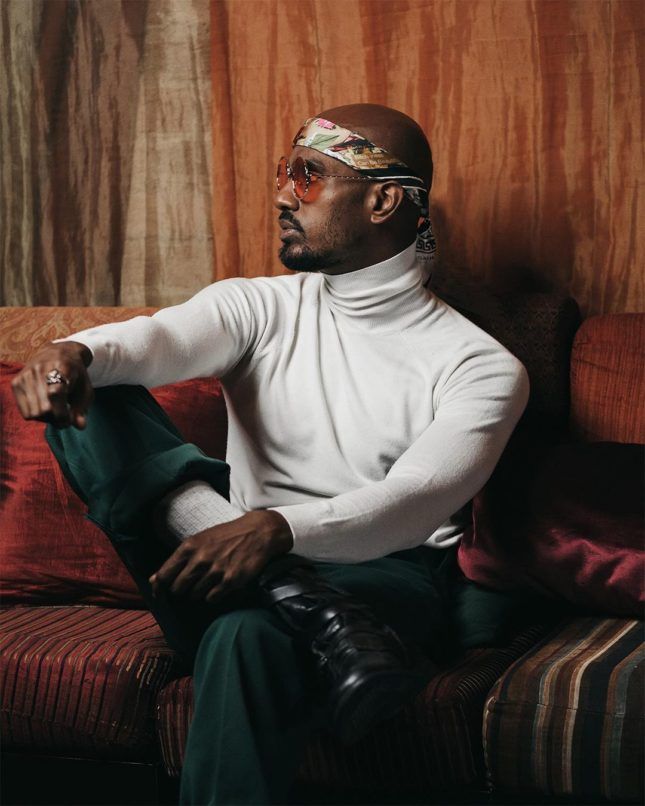 How do you define your aesthetic in videos and fashion?

I’m very fluid with my aesthetic. I’ve never drawn my aesthetic differently for videos and music. Sometimes I come up with the visuals even before I have a song. I’m influenced by Alexander McQueen as much as I’m by André 3000. they have an equal influence on my art. Sometimes André 3000 may influence how I dress, and McQueen can influence how I rap. My goal is to create a world where people can immerse themselves, so aesthetics are important.

What’s the next big thing for Shan Vincent de Paul?

I would love to get back on the road again. I want to direct more and eventually want to work on a feature film, for which the genre I like is sci-fi. I also want to direct videos for other artists. And I’ve been dabbling in NFT space, too. 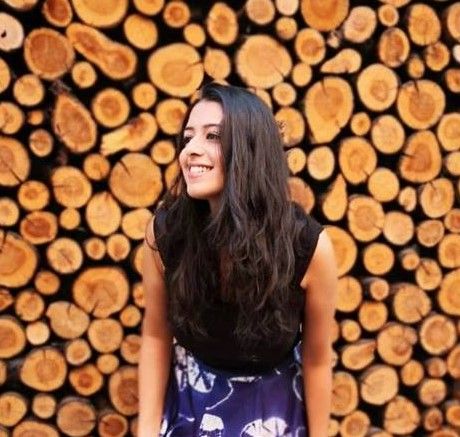