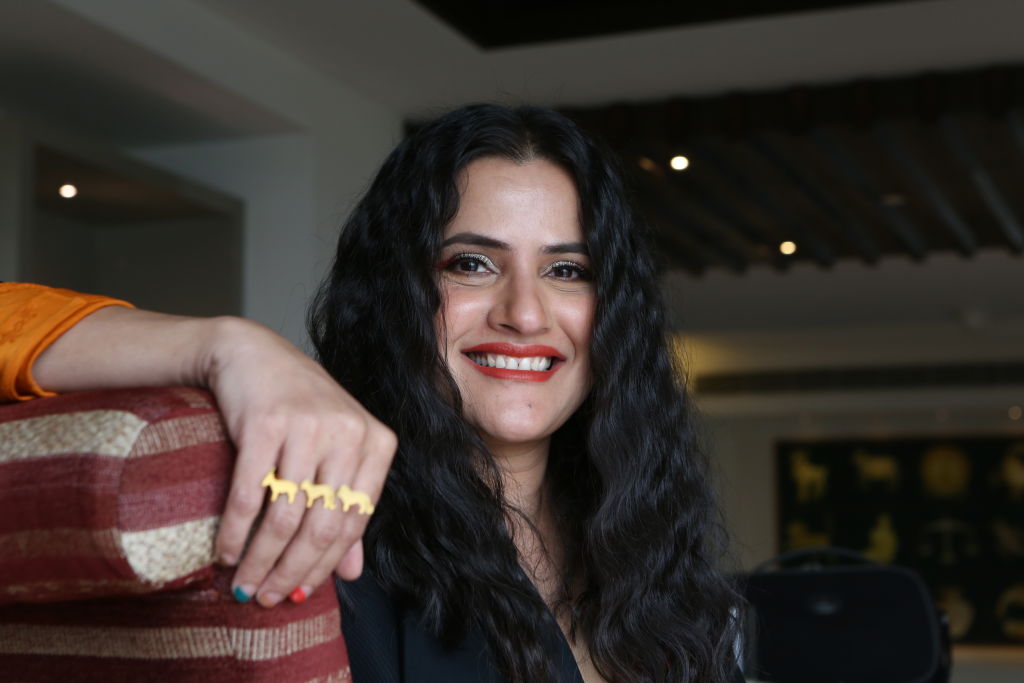 Sona Mohapatra on being her creative best with her new single

Singer, composer, and lyricist Sona Mohapatra came out with her new single, ‘Raat Ke Musafir’, this past weekend. She speaks about its theme, women empowerment, how the pandemic was creatively fulfilling for her, and another much-anticipated release—a follow up to her immensely popular ‘Ambarsariya’.

A cab driver who studies in between rides for her civil services exams. A young, aspiring hockey player. Both women. Their paths intertwine on a fateful night, where their support for each other and them striving to achieve their dreams is highlighted against the backdrop of the dangers of women being out after dark. That is the narrative of ‘Raat Ke Musafir’, a music video which portrays the struggle for safety faced by women, and the power of female solidarity. Conceptualised by Remya Sasindran and directed by Ajay Govind, it carries the soothing vocals of Sona Mohapatra, conveying the message of empowerment. An apt choice, considering the singer has been vocal about social issues, including those concerning women, on several occasions.

“Sanjay Suri (actor) told me about this project and it immediately struck a chord with me. Both visually and lyrics [wise], it was about women’s right to dream freely and make those dreams come true!” she says about ‘Raat Ke Musafir’.

Be it the #MeToo movement or the Bollywood nepotism debate, Mohapatra doesn’t mince words when it’s an issue close to her heart. However, what made her a household name was the song ‘Ambarsariya’ from the film ‘Fukrey’ in 2013. While she had sung for films like ‘Delhi Belly’ and ‘Talaash’ previously, it was this song that put the spotlight on her like never before; it continues to feature on playlists seven years hence.

Culture
Pandit Jasraj: What you must know about the Indian classical vocalist

‘Raat Ke Musafir’ is once again set to bring her into the limelight. “I see this song as a story of triumph, a celebration of two women with a belly full of dreams and the sweet victory of camaraderie and sisterhood.” Featuring an electric guitar and sung with a low voice, Mohapatra feels the rock ballad is unconventional for India. “‘Rockstar’ status is reserved for men more often than not, and the song breaks barriers subconsciously and overtly. It tells a story without preaching. Women have been trained to speak softly and sing like high pitched birds in a sweet voice only. This is 2020. Those days are over.”

This isn’t the only song she’s put out during the pandemic — it is, in fact, part of an anthology of nine songs spanning diverse genres. “I feel a little like a rainbow,” she says, on covering a variety of topics through the tracks on YouTube. “I decided that the lockdown is not going to hold me back. Musicians have anyway had an uphill climb in the last few years. The industry doesn’t give us too many options to put out good music…unfortunately a country as vast as ours doesn’t have a music industry of its own — it’s merely a subset of Bollywood.”

She goes as far to say that the music industry has, in fact, regressed in the past decade. “I have been collating data and out of 100 songs, not more than 8-9 have a female voice, and that includes solo and duets. We had the most beautiful sawaal-jawaab culture — now the female part it barely there.” While she says some, like filmmaker Sanjay Leela Bhansali, create soundtracks with equal representation for female as well as new artists, that remains an exception. “‘Tanu Weds Manu’ revolves around Kangana (Ranaut), yet ‘Banno Tera Swagger’ is in a male voice — what is this trend? Even festivals like NH7 Weekender have only three female performances in a total of 50.”

However, she hopes that the pandemic and resultant new normal can give way to more equality and opportunities within the industry. “We have a chance to set up infrastructure for live performances.” As she works towards being able to stream her content seamlessly, Mohapatra feels the way forward is to exercise caution and adapt to this brand new world order. “At the same time you cannot relive some experiences online, like live concerts. So it might become a little exclusive, but people will value the true blue live entertainers even more so.”

Until then, she’s busy shooting for her next song in Hyderabad. “It’s a follow-up of ‘Ambarsariya’. A sister song in the same genre, with a lot of romance and sringar-ras.” Scheduled to be out by next month, here’s hoping it makes the same waves in the genre as her first song did.

New Releases bollywood Music in India Indian Musicians Sona Mohapatra Raat ke Musaafir
Megha Uppal
Senior Associate Editor
An innate love for travel and food has translated into many a trips since childhood for Megha; it also fed her curiosity to know about local cultures. When not writing, she is on the lookout for three things: A great dark chocolate dessert, a beautiful pool where she can practice her backstroke, and art that she can save up for.
Travel Culture Food Drinks