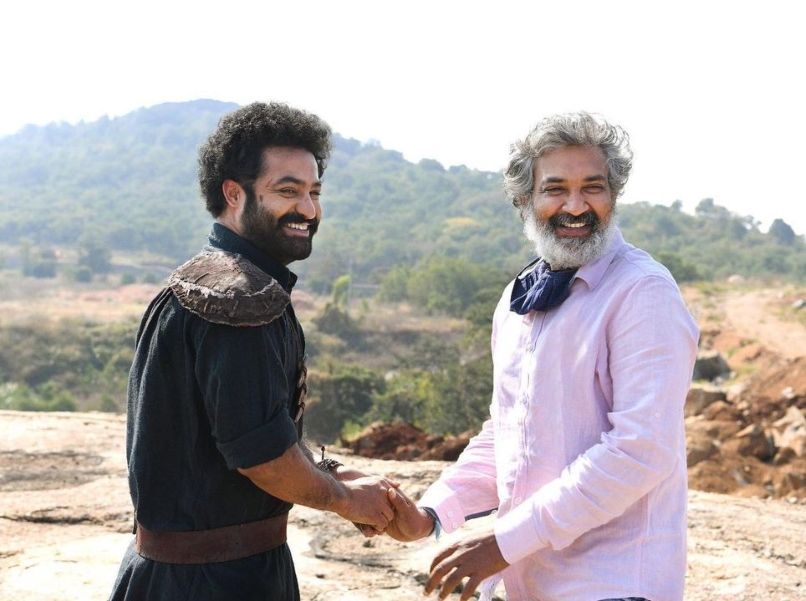 The 100 crore club days are passé. Now, the gravitas of a film’s success is measured with a new milestone of the 900 crore mark. And the newest entrant is SS Rajamouli’s multi-starrer RRR.

The blockbuster has done a business of Rs 902 crore so far in the international market, and it is heading towards Rs 1000. Starring Ram Charan, Alia Bhatt and Junior NTR, it is the fifth film to surpass the mark.

We look back at the journeys of some mega-hits, including RRR, which mobilised filmgoers in India and overseas and broke all records. Make way for the five most successful films that shook the box office with their global collection.

SS Rajamouli’s magnum opus Baahubali franchise had become a big success. However, little did anyone know that the filmmaker would repeat the history with another multi-starrer, RRR. After a phenomenal run at the box office in its first week, the masterpiece has successfully crossed a milestone of a whopping Rs 900 crores overseas. The film was released on March 24. RRR was helmed with a budget of Rs 550 crore and continues to lead at the Indian box office, too.

Starring Zaira Wasim, Aamir Khan’s low-budget film Secret Superstar was made under Rs 15 crore, but it exceeded everyone’s expectations and became a blockbuster. The Advait Chandan’s directorial managed to garner a humongous amount of Rs 966.86 crore overseas. The film showcases the life of a young girl who has an abusive father. She aspires to become a singer and disguises her identity to upload songs on YouTube, which make her successful and independent.

Salman Khan’s 2015 release, Bajrangi Bhaijaan was an instant hit. Produced under a cost of Rs 90 crore, it went on to gross Rs 969.06 crore at the box office. The Salman Khan starrer chronicles the story of Pawan Kumar Chaturvedi, who embarks on a journey of taking a Pakistani girl, Shahida, played by Harshaali Malhotra, back to her country from India.

Apart from the commercial success, Bajrangi Bhaijaan received several accolades, including National Film Award for Best Popular Film Providing Wholesome Entertainment at the 63rd National Film Awards. Meanwhile, the Kabir Khan directorial is due for a sequel that was announced in December 2021.

While people were dwelling on the astounding success of Baahubali, SS Rajamouli came up with yet another masterpiece, Baahubali 2. The sequel was even a bigger hit and gathered Rs 1,810 crore. Starring Prabhas in the lead, the film wasn’t just well-received by Hindi speaking audience but globally as well.

Baahubali 2 was backed by special effects and was shot on a budget of Rs 250 crore. This made it one of the most expensive films ever made in India. The epic action film also received several awards, including the Telstra People’s Choice Award at the Indian Film Festival of Melbourne.

Aamir Khan had to be on the top. Dangal is one of the biggest sports dramas commercially. The film dealt with the journey of world-class female wrestlers Geeta Phogat and Babita Phogat. Dangal starred Fatima Sana Shaikh and Sanya Malhotra, who played the adult version of the two, while Zaira Wasim and Suhani Bhatnagar played their younger versions. The film’s making cost was Rs 70 crore, and it went on to gather almost Rs 2,024 crore worldwide. It is by far the highest-grossing Indian film in the international market.

alia bhatt Bollywood Films Salman Khan Aamir Khan Bollywood films 2022 RRR Junior NTR SS Rajamouli Ram Charan
Sanyukta Baijal
Apart from scrunched up paper with recycled aspirations, Sanyukta is also a writer. When not reading or scribbling, she loves playing copious amounts of video games and watch tons of films.
Sign up for our newsletters to have the latest stories delivered straight to your inbox every week.