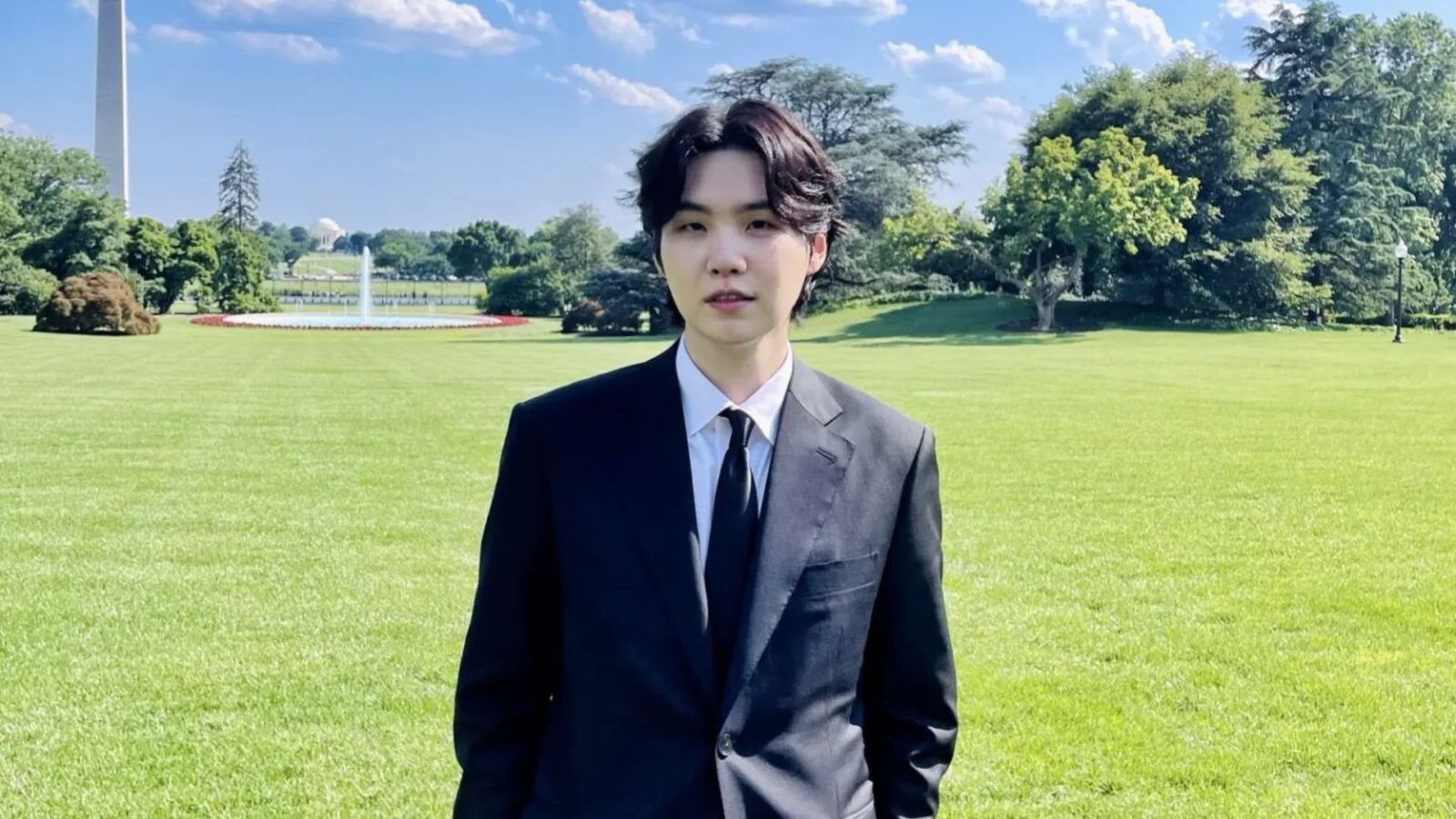 Just a couple of days after the Bangtang Boys (BTS) announced their ‘hiatus’ and shared that they will focus on individual musical pursuits, BTS star rapper Suga announced that he is ‘working hard’ on his new solo album.

As the global fan following of the band is massive, each member of the septet is nothing short of an idol. In such a scenario, the news of a new album comes as a big announcement and a reason to rejoice for all fans of  BTS’ Suga.

Here’s what we know about Suga’s album

About the album’s production

Speaking to Weverse Magazine the 29-year-old rapper said, “Ah, what should I do? I’m working hard on a follow-up to D-2.” He further added that he is deeply immersed in this new upcoming project, and will be promoting it the same way the other groups promote their work, “and have a lead single and B-side.”

Suga released his second mixtape D-2 in May 2020, and is currently producing its sequel. Though no further information is available regarding this new album, the ARMY all over the world is quite excited about the drop.

Regarding the kind of music he is working on and is inclined towards, Suga said that he doesn’t want to be restricted to any particular genre or type. He insists on experimenting with different kinds of music and said, “I tried songs in various styles on D-2, too.”

As per reports, he further said, “I feel like I might not be able to become a master of one genre, but I can wear many hats… There’s still so much I want to do. I have no feel for what kind of music I’m going to be making in my 30s, 40s or 50s, but I want to keep doing music until the day I die.”

[INFO] Kim Eana, SK lyricist who has written songs for artists such as Park Hyoshin, IU and Taeyeon mentioned she is working with Taehyung on his solo album

She talks about how Park Hyo-Shin, one day asked if he could give ‘Taehyungie’ her phone number because he wanted to + pic.twitter.com/EUSJYo4sI5

It is interesting to note that like Suga, band member V is also working on a new music project. He is collaborating with K-pop lyricist Kim Eana for his solo album. Though no other information has been released about the same.

The news of members working on solo albums is right on the heels of the Korean boy band taking a ‘temporary hiatus’ as they are taking time to make their own kind of music. The two, along with Jin, J-Hope, RM, Jimin and Jungkook, broke the news to the ARMY on 14 June 2022, in a video during their annual Festa Dinner.

According to a Hindustan Times report, Suga said, “It’s not like we’re disbanding. We should live doing what we want to do. We’ll probably die when we reach 100 and we can’t be BTS until then, I don’t think that’s an easy feat to achieve. Writing lyrics is the hardest. What message do we want to give? Nothing comes out anymore.”

New Music bts BTS singers BTS ARMY Suga
Trinetra Paul
An ardent foodie, Trinetra seeks every opportunity of travelling and writing. Storytelling and slam poetry are her go-to jam. Her lazying around ideas includes binge watching and whipping up some snacks or searching the next place to visit.
Sign up for our newsletters to have the latest stories delivered straight to your inbox every week.