Alia Bhatt starrer Gangubai Kathiawadi is releasing this Friday, and like many Sanjay Leela Bhansali movies, it is subject to both controversy and compliments. As we laud Bhatt’s never-before-seen avatar in this biopic, let’s see who Gangubai Kathiawadi really was and why her story gained national attention.

What is Gangubai Kathiawadi‘s real story?

The lead matriarch that prompted Sanjay Leela Bhansali to make his masterpiece is based on the book Mafia Queens of Mumbai by journalist Hussain Zaidi.

Ganga Harjeevandas Kathiawadi was in the village of Kathiawad in Gujarat and had gained fame as one of Mumbai’s well-known and influential brothel owners back in the 1950s and 60s.

It is said that she had eloped with her father’s accountant Ramnik Laal when she was young and left for Mumbai. She was later sold off to a brothel owner in Kamathipura by her husband for Rs 500. Here, she gradually rose to power when she started operating her own brothel. Kathiawadi used her power and influence to fight for the rights of commercial sex workers and uplift them. 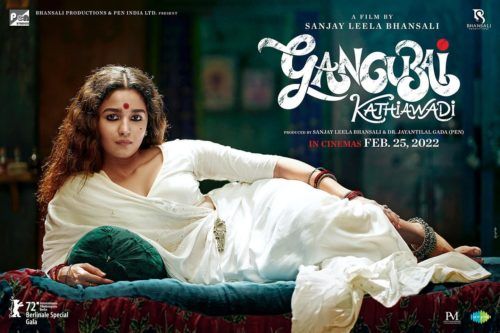 While there’s not much documentation of Gangubai Kathiawadi’s real story,  Hussian Zaidi gives quite a detailed account in his book Mafia Queens of Mumbai. He mentioned that Gangubai Kathiawadi was on good terms with Mumbai mafia don Karim Lala, who had promised to protect her.

Karim Lala was a powerful mafia of Mumbai who ruled the red light area of Kamathipura in the 1960s. After he promised to protect Kathiawadi from one of his goons who had raped her twice, she tied him a rakhi and was treated like a sister by Karim Lala. He had then handed over the reign of Kamathipura to his sister Gangubai, and that is how she emerged to be one of the mafia queens of Mumbai.

That is when she took charge and treated all the women and children of Kamathipura as her own. Even though she was known to be a brothel owner, she never forced any woman into prostitution. Even today, the people of Kamathipura remember her as their hero for everything she had done for them.