Home > Culture > Entertainment > The real story behind ‘Scam 1992’, a web-series on Harshad Mehta on SonyLIV The real story behind ‘Scam 1992’, a web-series on Harshad Mehta on SonyLIV

Culture
The real story behind ‘Scam 1992’, a web-series on Harshad Mehta on SonyLIV
Share this article
Next article

Scam 1992, releasing on SonyLIV today, is a web-series that explores the meteoric rise and rapid fall of the late stockbroker Harshad Mehta. The 10-episode show is based on the book The Scam: Who Won, Who Lost, Who Got Away by journalists and husband-wife duo Debashis Basu and Sucheta Dalal. 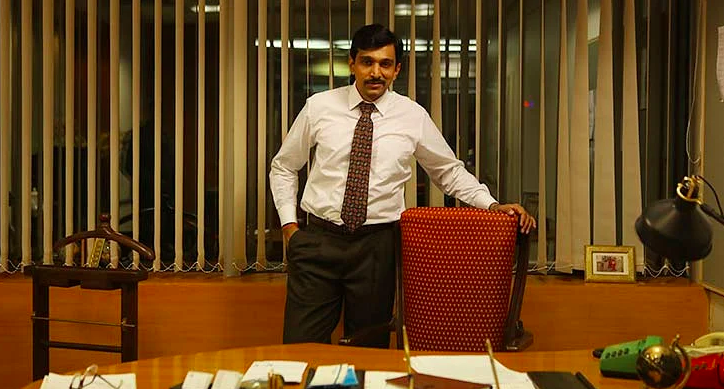 Mehta’s name is etched in Indian history. Known as the Amitabh Bachchan of the stock market or The Big Bull, Mehta was charged with illegally laundering money in the stock market for over three years, estimating to Rs 24,000 crore today (way more than the Rs 13,000-crore Nirav Modi-Punjab National Bank scam).

Scam 1992 directed by Hansal Mehta aims to peel off the many layers of what is known today as the 1992 Securities Scam — the story of a man who cheated the entire country with stock manipulation, eventually exposing several loopholes in the Indian banking system. Hansal Mehta is known for several biographical movies, including Shahid (2013), which won him the National Film Award for Best Direction; Aligarh (2016); and Simran (2017).

The real story of Scam 1992 series on SonyLiv –

Born to a lower-middle-class Gujarati family, Harshad Shantilal Mehta spent his early years in Kandivali, Bombay (present-day Mumbai), before moving to Raipur where he did his schooling. He went back to Mumbai to study B.Com and landed a job as a salesperson in the Bombay office of New India Assurance Company Limited (NIACL) — this gave birth to his newfound interest in the trading world. Becoming rich quickly, it was Mehta’s flamboyant lifestyle, that included a sea-facing penthouse in Mumbai and a fleet of luxury cars, which caught the attention of veteran journalist Sucheta Dalal in 1992.

Culture
Abhishek Bachchan returns as ‘The Big Bull’ on Disney+Hotstar

It was Sucheta Dalal who wrote an article in The Times of India detailing the loopholes in the banking system that had been exploited by the stockbroker. Harshad Mehta was arrested in November 1991, along with his brothers Ashwin and Sudhir. He was charged with 72 criminal cases (bribery, cheating, forgery, criminal conspiracy and falsification of accounts) and over 600 civil action suits were filed against him by banks and institutions for the money he owed them.

QUICK READ: Everything you need to know about the MX Original series High – story, cast & more