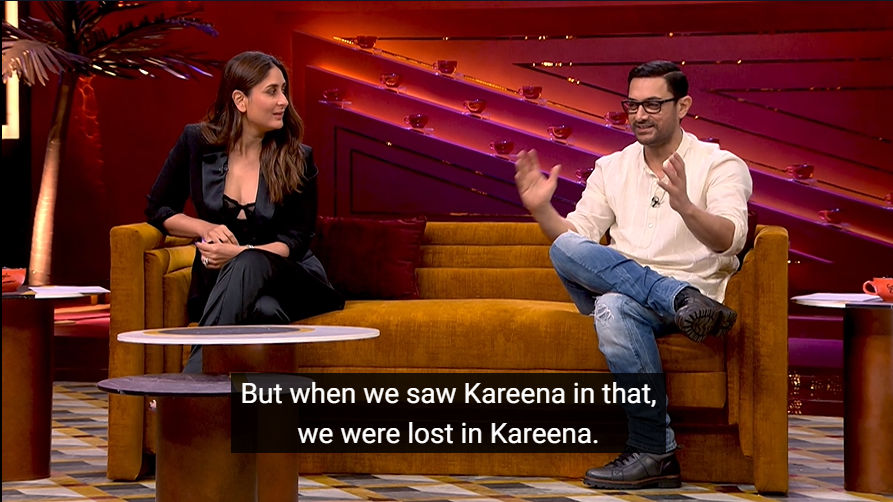 The Koffee couch this week has been graced by legends. Watch out for Aamir Khan and Kareena Kapoor on Koffee with Karan S7E5.

One is an acting legend in the truest sense of the word, and the other -well – is a Koffee legend of sorts. Together they promoted the upcoming film Laal Singh Chaddha on Bollywood’s favourite talk show. For the next one hour, these stars only reminded us of why they’re known as the OGs. Not to mention why it will take the new-gen actors years to get there. Let’s decode everything we’ve learned about Aamir Khan and Kareena Kapoor on the latest episode of Koffee with Karan.

Even before the guests could take their seats, the fashion policing began 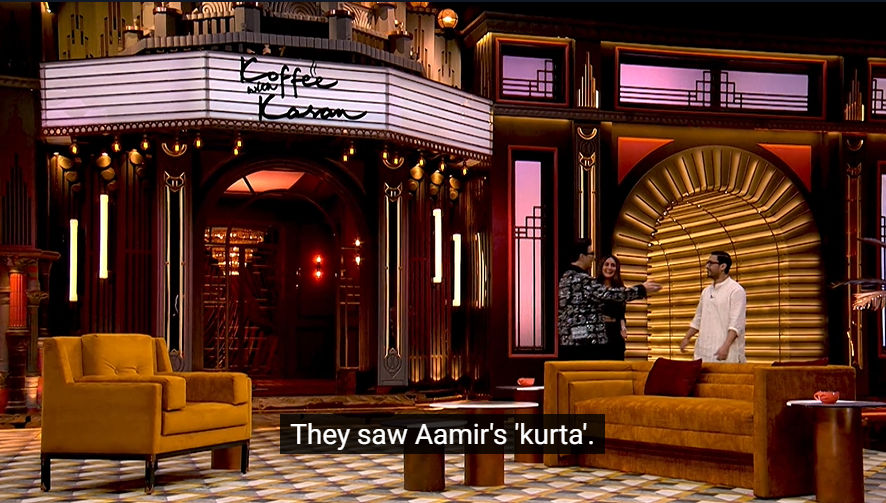 Karan Johar being Karan Johar took a subtle dig at Aamir Khan for showing up dressed in a simple white kurta. The show is known for its glam quotient.

And he kept ’em coming 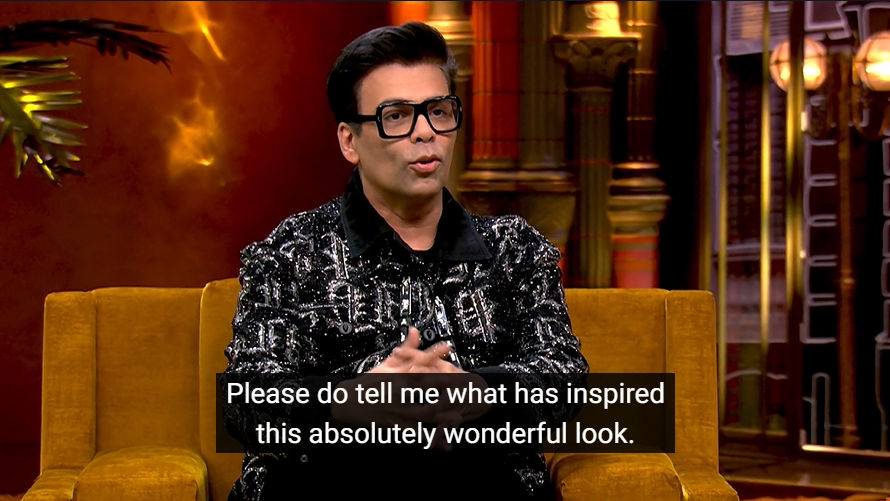 KJo even asked Aamir Khan if he didn’t get the memo before appearing on the show. But to be honest, comfort over style any day.

Kareena Kapoor on Koffee with Karan went all Poo 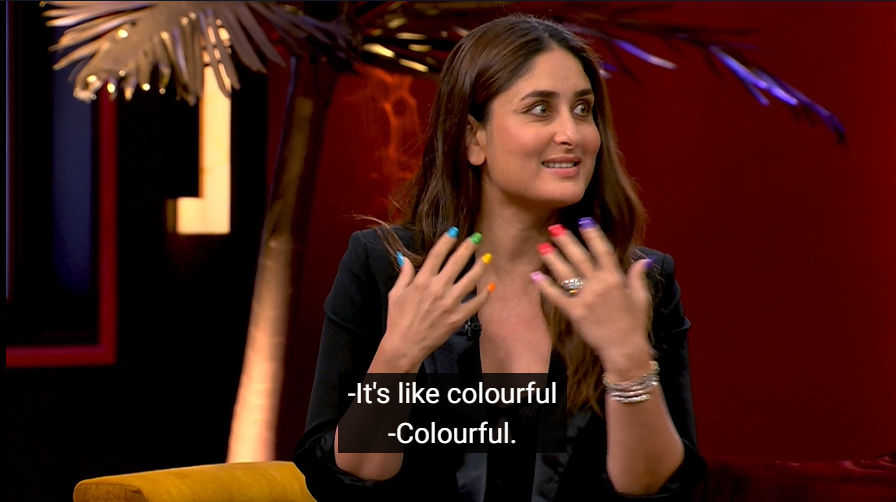 You will all agree when we say that Kareena Kapoor is a real-life Poo. When Karan questioned her nails, she said that it’s an inspiration from her life. Colourful. 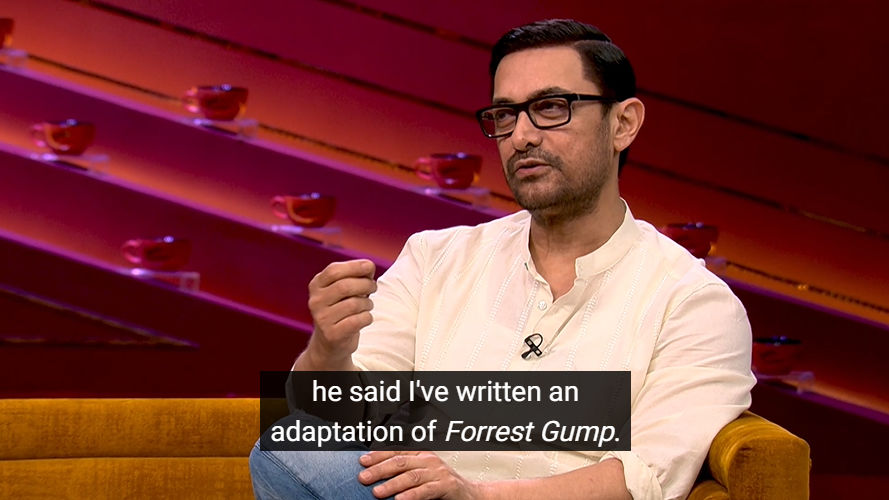 Well, 14 years ago, the screenplay writer of the movie, Atul Kulkarni, also a renowned actor, had asked Aamir Khan what his favourite movie is. This was after the screening of Jaane Tu Ya Jaane Naa. Aamir Khan said it’s Forrest Gump and that’s how the idea of remaking the movie came onboard.

He hadn’t even heard the script of the film 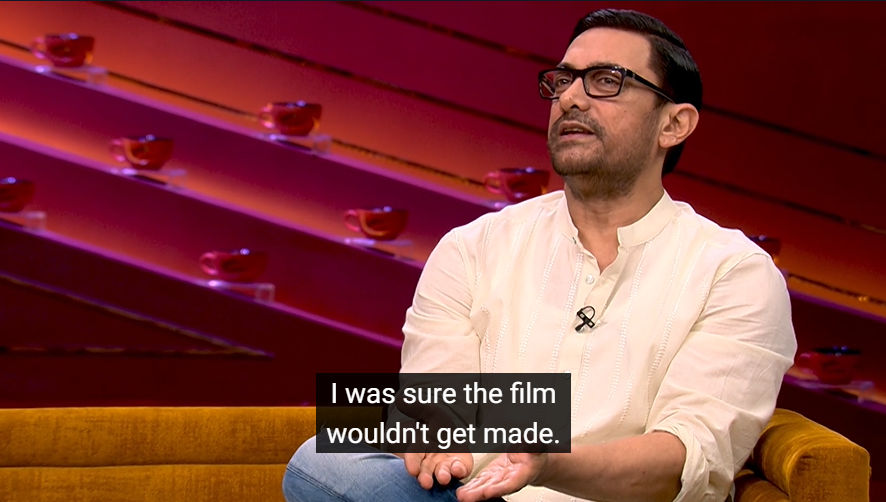 Because of this exact reason. 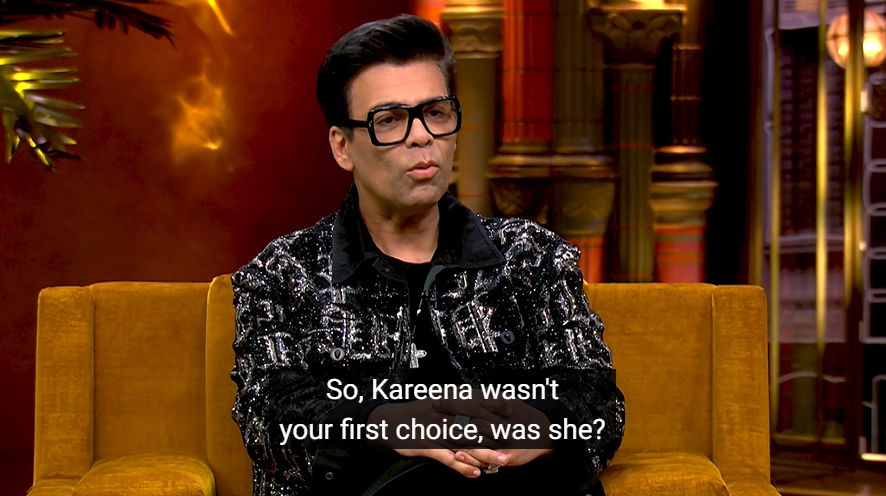 Pretty tough to imagine, now that we’ve seen the trailer. But Aamir Khan perfectly explains why. 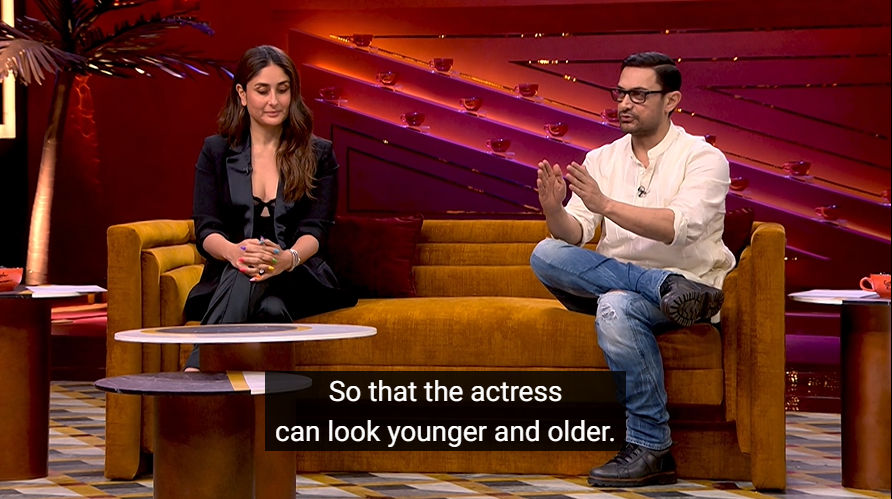 Because the journey of the character happens between the age of 18 years to 50 years. So, the makers had doubts about the age group they wanted to portray.

Khan then revealed this about how Kareena got cast instead

Aww, but who wouldn’t?

But Kareena Kapoor didn’t get the role just like that 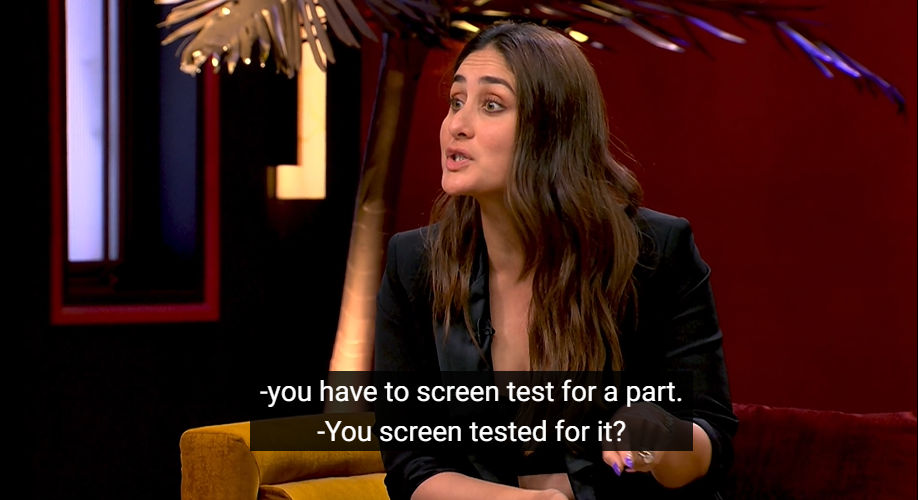 Yes, she had to give a screen test for this role. And in her words, it was the first time ever in her career.

Beauty & Grooming
Beauty For Real: Kareena Kapoor Khan on her skincare regime and self love 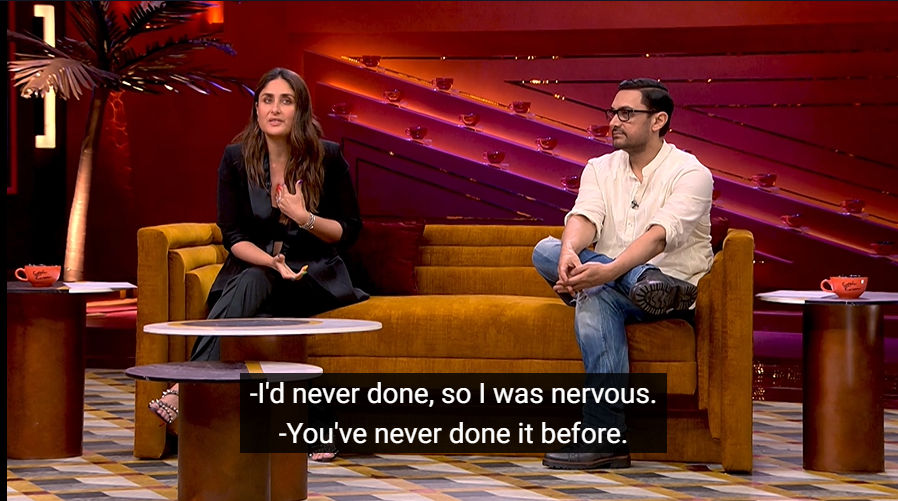 We can’t imagine Kareena Kapoor being nervous about anything, let alone acting. 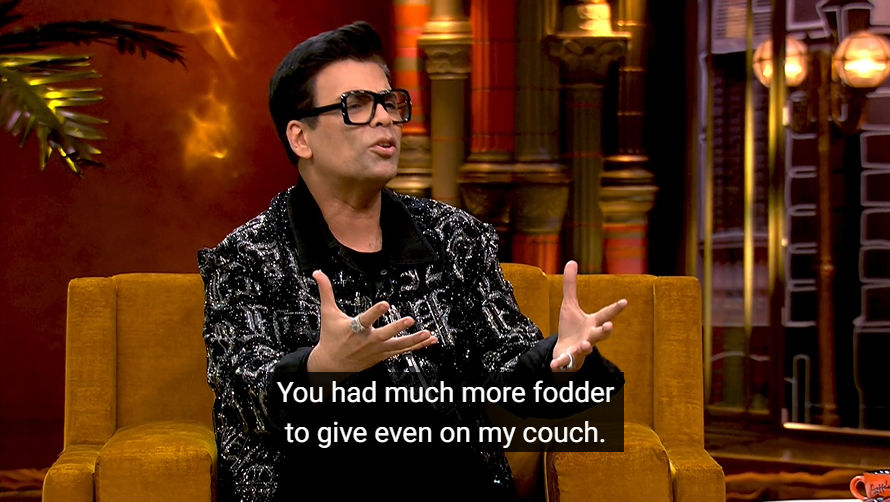 There, he said it.

Culture
5 reasons Karan Johar is the biggest trendsetter in town 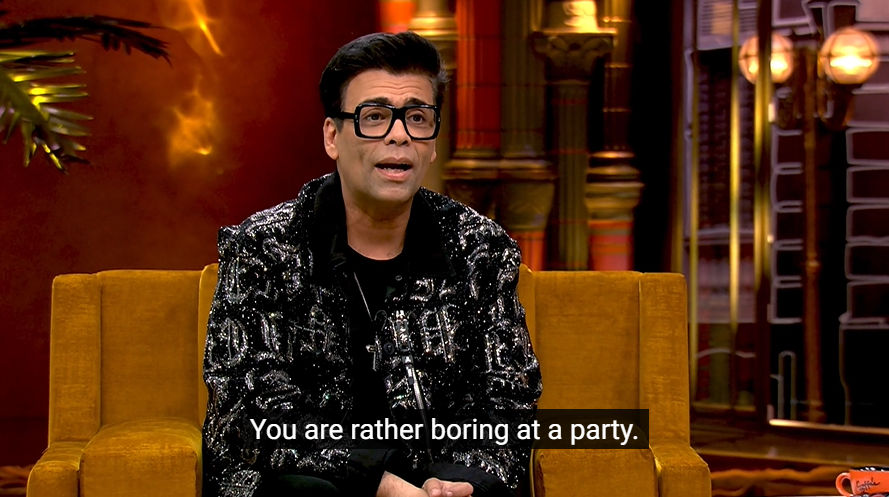 We can so relate to this!

He truly is the king of relatability 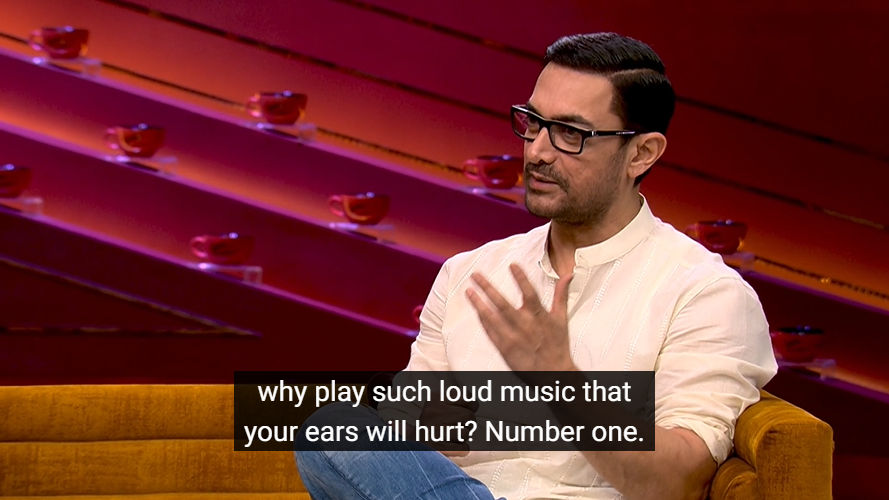 All Images: Courtesy Screenshot from episode

Kareena Kapoor Khan Laal Singh Chaddha Aamir Khan Koffee With Karan season 7 Koffee With Karan
Sreetama Basu
A self-proclaimed plant mom, Sreetama finds joy wherever she sees greenery. The list of other things that bring her joy is pretty long, but writing about them is her way of celebrating them. In love with little, inconsequential things, like neatly tucked-in bedsheets and big, significant things, like whole cheesecakes. She dreams of being a baker and writing about food someday.
Food Dining Entertainment
Sign up for our newsletters to have the latest stories delivered straight to your inbox every week.