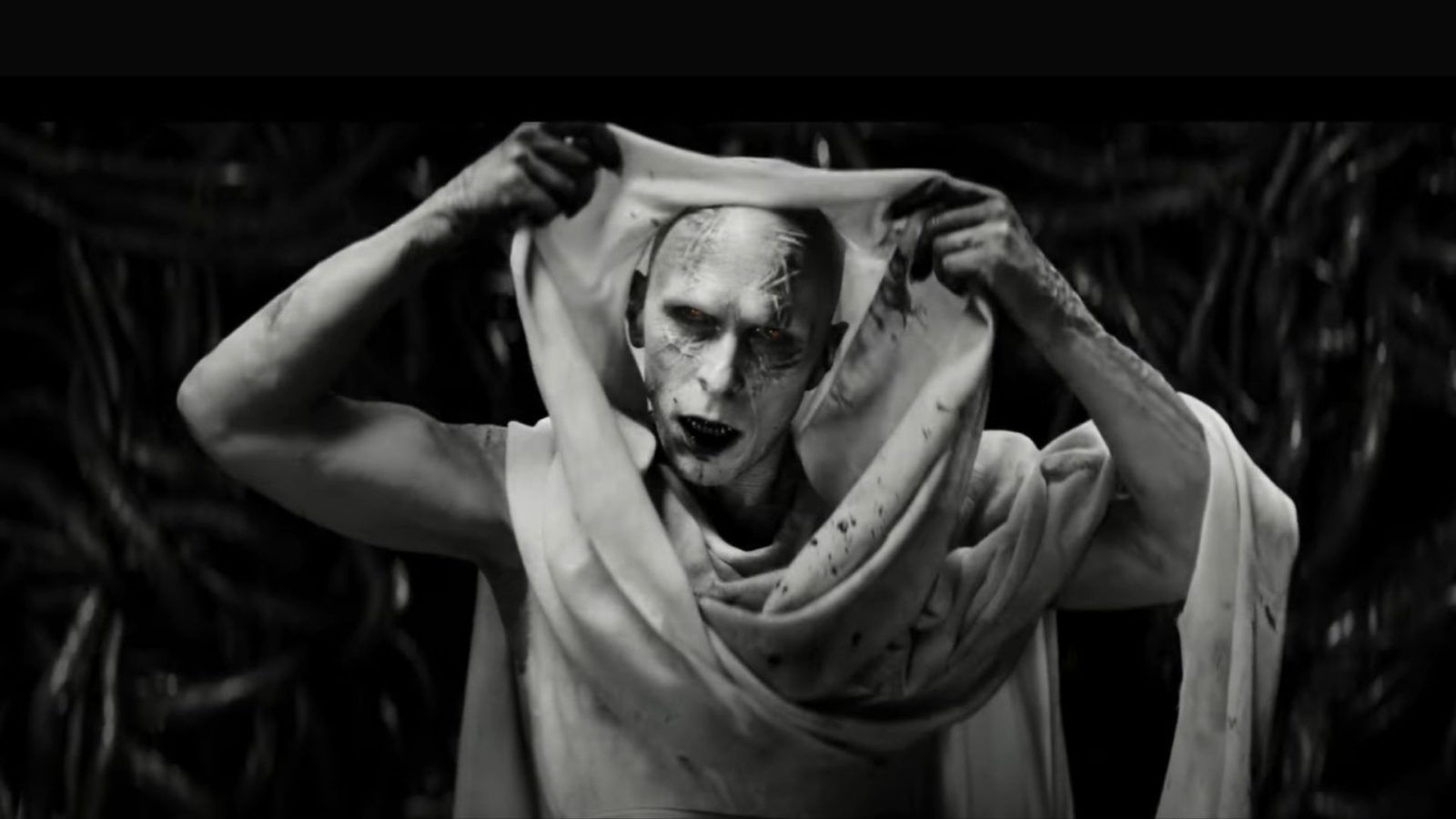 Marvel Studios released the new trailer of Thor: Love and Thunder on 24 May, which opened with the story of the ‘Space Viking.’ And, when Chris Hemsworth said that it will “blow your mind,” in his recent Instagram post, he meant it.

The new trailer shows Tessa Thompson back in action as Valkyrie and Christian Bale and Russell Crowe as Gorr and Zeus, respectively. Actor Chris Hemsworth is back as Thor and Natalie Portman’s Jane can be seen as Mighty Thor. This marks her return to the franchise after starring in the first two Thor movies.

A direct sequel to Thor: Ragnarok (2017), Thor: Love and Thunder is set after the events of Avengers: Endgame (2019) in which Thor joined the Guardians of the Galaxy, for an adventure into the unknown.

The highly anticipated Thor: Love and Thunder is the 29th film in Marvel Cinematic Universe (MCU) and is part of the Phase 4 of the series.

Though a small role, Crowe’s Zeus takes a prominent position in the new trailer. Pitted against Christian Bale’s Gorr, who is the God butcher, Zeus is seen as a victim of his wrath. The official synopsis says that the Marvel heroes have to “uncover the mystery of the God Butcher’s vengeance” to stop him.

Thor’s retirement gets a sudden halt as Gorr is out on a mission to eradicate all gods. The synopsis further mentions, “To combat the threat, Thor enlists the help of King Valkyrie, Korg and ex-girlfriend Jane Foster, who – to Thor’s surprise – inexplicably wields his magical hammer, Mjolnir, as the Mighty Thor.” The gang then sets out on a “cosmic adventure” to fight the antagonist.

Needless to say, Gorr’s background and why he hates the gods will be one of the most intriguing parts. What weapon does he possess and what are his superpowers are expected to be unravelled in this upcoming sequel.

What we saw in the first trailer of Thor: Love and Thunder

Thor is in search of peace

The trailer begins with flashes of a boy Thor becoming the adult Thor.

With Guns N’ Roses’ classic, “Sweet Child O’ Mine”, playing as the background score, the trailer didn’t reveal much about what is to come but shows glimpses of what Thor has been up to after saving the universe from Thanos as part of the Avengers.

Thor, the son of Odin, is seen looking for inner peace in alien worlds and getting back in shape. But he is not willing to go to war for any reason.

“These hands were once used for battle. Now they are but humble tools for peace,” Thor says poetically.

The two-minute trailer shows Thor with the members of the Guardians of the Galaxy, but he turns his back away from a conflict they have entered, much to the dismay of Star-Lord (Chris Pratt).

As the God of Thunder leaves the group saying that his “superhero-ing days are over”, he joins his friend Korg (voiced by Taika Waititi) on a journey of their own. And then they come upon the carcass of a great god — the only serious moment of the trailer and the hint of what the film actually is about.

The trailer is otherwise funny and brings back the much-loved comic tension between Star-Lord and Thor.

But the main highlight was the introduction of Mighty Thor. Portman, who played Jane Foster in the first two Thor films but didn’t appear in the third, returns as the astrophysicist in the upcoming movie.

This instalment is directed by Taika Waititi, who was also behind the highly successful Thor: Ragnarok.

Among the other actors who are part of the film are Pom Klementieff, Dave Bautista, Karen Gillan, Bradley Cooper, Vin Diesel, Jeff Goldblum and Sean Gunn, all of whom essay major characters in the Guardians of the Galaxy series of films.

natalie portman chris hemsworth marvel cinematic universe Thor Love and Thunder Mighty Thor
Manas Sen Gupta
Manas enjoys reading detective fiction and writing about anything that interests him. When not doing either of the two, he checks Instagram for the latest posts by travellers. Winter is his favourite season and he can happily eat a bowl of noodles any time of the day.
Travel Culture Entertainment Food
Sign up for our newsletters to have the latest stories delivered straight to your inbox every week.